Mick Galwey, a legend on and off the pitch...

Munster exited the Champions Cup at the semi-final stage on Saturday when they lost out to a Saracens side who never really looked like losing the game.

Rassie Erasmus said after the game that Saracens were 15-20 points above the standard of Munster, and it's difficult to find fault with his comments.

END_OF_DOCUMENT_TOKEN_TO_BE_REPLACED

Saracens play an oppressive game built upon a defence that slowly constricts, strangles and crushes the opposition's attacks, leaving them hopelessly attempting lone runners around the rucks, which Saracens will gratefully turn over.

Munster tried, boy did they try. CJ Stander basically played on one leg. Peter O'Mahony left the field with a concussion. Substitute Jean Deysel fractured a rib. Munster threw the kitchen sink at Saracens, but the English heavyweights took each blow on the chin and kept marching forward in an irrepressible wave. 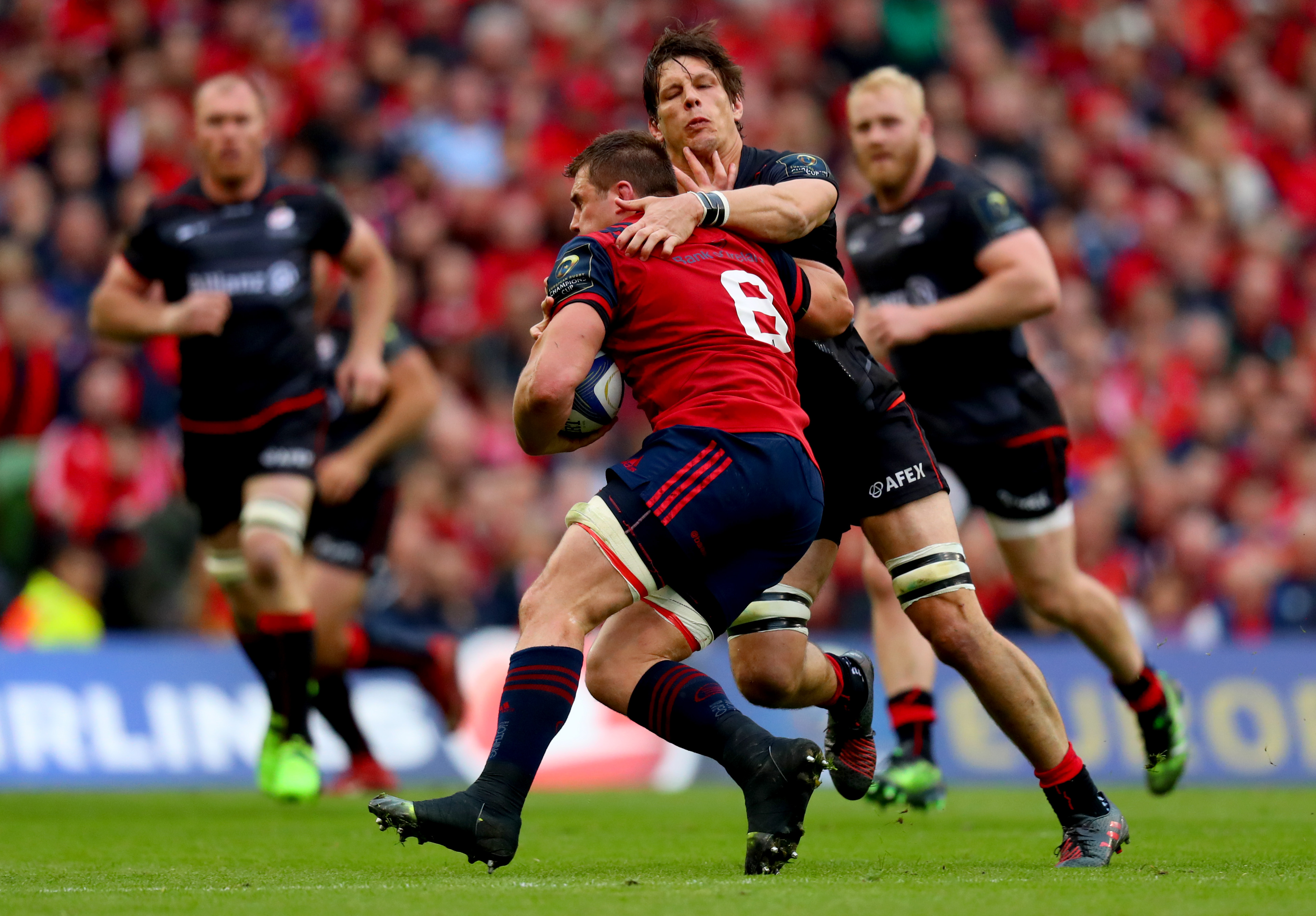 END_OF_DOCUMENT_TOKEN_TO_BE_REPLACED

Saracens will now face Clermont in the final, after the French side defeated Leinster in a cracking contest on Sunday.

One thing to be noted from the weekend, was the extraordinary support which turned out for both semi-finals, with over 90,000 tickets being sold between the two games.

Tickets were hard to come by on Saturday at the Aviva Stadium, with social media ablaze with people scouting for tickets to the game.

But this wasn't a worry to Ciaran O'Toole and his father Seamus from Tipperary, who had secured their tickets in advance and had arranged to collect them in Dublin, prior to the match.

END_OF_DOCUMENT_TOKEN_TO_BE_REPLACED

Unfortunately for them, an accident on the M7 meant that the carrier of their tickets was delayed in traffic, which resulted in Ciaran and Seamus being stranded outside the stadium.

The pair waited frantically, right up until kick-off where they sat outside the Aviva and could hear the crowd roaring as referee Romain Poite blew the whistle for the start of the game.

Step forward Mick Galwey, who along with former Ireland and Munster star David Wallace, was making his way into the stadium around the time of kick-off.

Galwey spotted Ciaran and Seamus looking rather forlorn outside the venue and approached them, upon hearing their plight, he whipped two tickets for the game from his pocket and presented them to Ciaran and his father.

Speaking to JOE, Ciaran said: "He handed the tickets to us and went on his merry way. Pity about the result but the kindness of Gallimh made it a bit easier bear. Thanks Mick."

Mick Galwey, take a bow. A legend both on and off the field.

popular
Netflix has just added an incredibly tense 97-minute thriller
Prime Video has just added 25 very big movies to its library
The Ultimate "That Actor From That Thing" Quiz
Stunning Mayo beach named the best place to swim in Ireland and the UK
WATCH: House of Hammer details the alleged crimes of award-winning actor Armie Hammer
The 50 most iconic songs of all time* have been revealed
QUIZ: Can you name all the counties in Ireland with an ‘N’ in their name?
You may also like
4 months ago
Scottish Parliament official dies during rugby game in Dublin
5 months ago
Every Guinness fan needs to try these brand new experimental beers
6 months ago
"Samaritans saved my life" - Brent Pope praised for honest interview on Tommy Tiernan Show
1 year ago
Craig Casey and Johnny Sexton combination backed for Italy clash
1 year ago
Defence grows for Billy Burns after one of the roughest days of his rugby career
1 year ago
Craig Casey and Johnny Sexton combination backed for Italy clash
Next Page