Police in Germany are investigating a letter found near the Borussia Dortmund team bus that allegedly claims responsibility for what has been described as a ‘targeted attack’ on Tuesday evening.

Borussia Dortmund defender Marc Bartra was taken to hospital and the club’s Champions League quarter-final first leg clash with Monaco was cancelled after there were three explosions in the vicinity of the Borussia Dortmund team bus while it was en route to the Westfalenstadion before the game.

END_OF_DOCUMENT_TOKEN_TO_BE_REPLACED

In a statement on the Borussia Dortmund website, the club revealed that Dortmund's chief of police Gregor Lange and public prosecutor Sandra Lücke had announced the first findings regarding the bomb attack on the BVB team bus late on Tuesday evening.

The pair refrained from revealing concrete information – in part due to "tactical reasons relating to the investigation" and said that it remained unclear for now whether it was a terrorist attack. 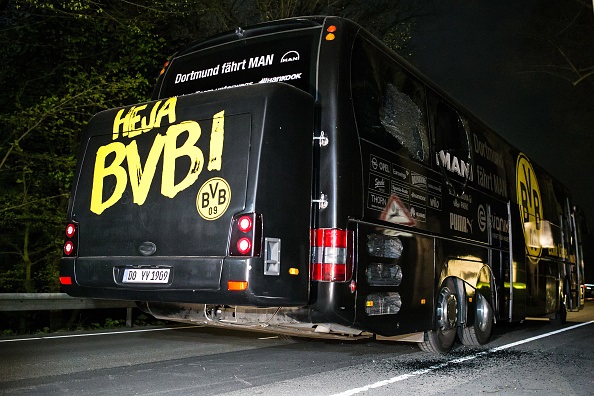 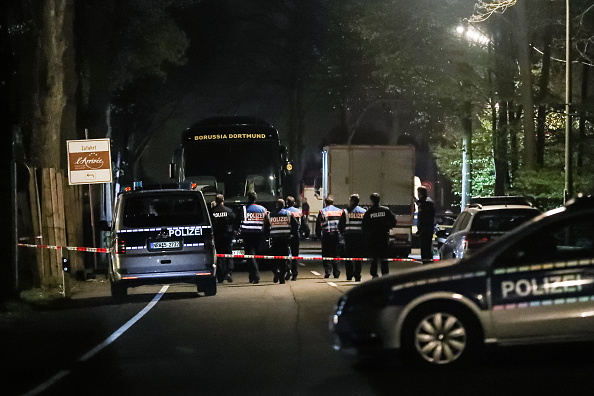 END_OF_DOCUMENT_TOKEN_TO_BE_REPLACED

"We do not know about the background to the attack," Lange said.

Lunge instead described the incident as a "targeted attack on the BVB Team Bus" and said: "At 19:15 CET, there were three explosions in the vicinity of the hotel in which the BVB team had been guests and were leaving to travel to the stadium."

Lücke, meanwhile, reported the "discovery of a letter" believed to be claiming responsibility for the attack, which is being "checked in detail for authenticity".

The game has been reorganised for Wednesday evening at 5.45pm GMT and protective measures have been put in place for the players of both teams.

END_OF_DOCUMENT_TOKEN_TO_BE_REPLACED

"The stadium and the surrounding area remain the focal point for police," said Lange.

"We're preparing a major police presence for tomorrow and will do everything humanly possible to ensure the match can take place safely."

Both sets of supporters have been praised for their immediate response to the attack on Tuesday evening.

Inside the stadium when news emerged of the incident, Monaco supporters chanted ‘Dortmund’ in response, while Borussia Dortmund fans offered accommodation to travelling Monaco supporters using the hashtag #bedforawayfans, which met with a big response.

👍 Thanks to all the fans in and around Dortmund for making #bedforawayfans possible last night! #bvbasm https://t.co/48znPI9N80