If this did go all t*ts up, he would have nobody to blame but himself.

Professional sport is littered with premature celebrations gone wrong and while it’s hilarious for people watching with no attachment to the athletes and competitors in question, it must be the type of thing that would haunt the person stupid enough to do it for years and years afterwards.

Norwegian biathlete Emil Hegle Svendsen had a bloody close shave during the men’s biathlon 15km mass start earlier today when he decided to ease up when approaching the finish line, nearly allowing France's Martin Fourcade to nip in and steal victory at the last second.

Svendsen’s blushes were spared in the end as although he and Fourcade finished on the same time of 42 minutes, 29.1 seconds, he was adjudged to have won by a photo finish, although it was mighty close… 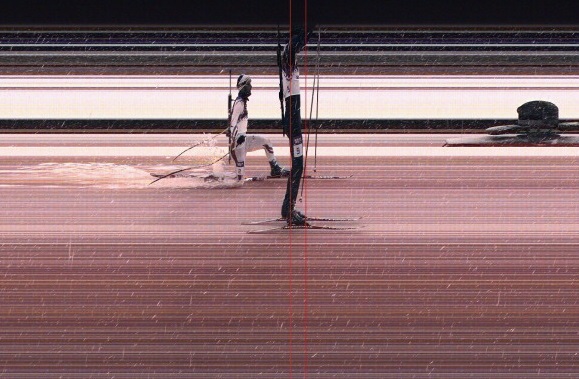 He’s a very lucky boy, he could have been like this guy all over again...

popular
Harvard study reveals how many times men should ejaculate each month to stay healthy
Colin Farrell shouldn't win the Oscar this year
Netflix has just added one of the best sci-fi movies of recent years
Parents left in shock after gorillas start mating in front of kids at zoo
Conor Mcgregor hit by car ‘at full speed’ while cycling
The 50 most iconic songs of all time* have been revealed
Forspoken breaks the golden rule of gaming... and not in a good way
You may also like
4 years ago
Athletes confirmed to have fallen ill due to the Winter Olympics norovirus outbreak
4 years ago
Teenage winter Olympian sleeps through alarm because of Netflix binge, still wins gold medal
4 years ago
This comedian's commentary on the Winter Olympics is the only commentary you'll need
5 years ago
The Jamaican women's bobsled team has qualified for the Winter Olympics 2018 for the first time
7 years ago
The FIFA task force recommends Qatar World Cup to be played in Nov/Dec
8 years ago
Video: Winter Olympics Speed skating is a whole lot more entertaining when given the Mario Kart treatment
Next Page