The Leinster centre chatted to us about a whole host of rugby related topics...

JOE headed along to the launch of the new Canterbury Leinster European jersey this week and we had a chance to chat to Ireland and Blues centre Gordon D'Arcy.

The man with the best beard in the business talked to us about old Leinster jerseys, how much the set-up has changed down through the years, the loss of Brian O'Driscoll and Leo Cullen, the new Guinness PRO12 and his thoughts on making the World Cup next year. 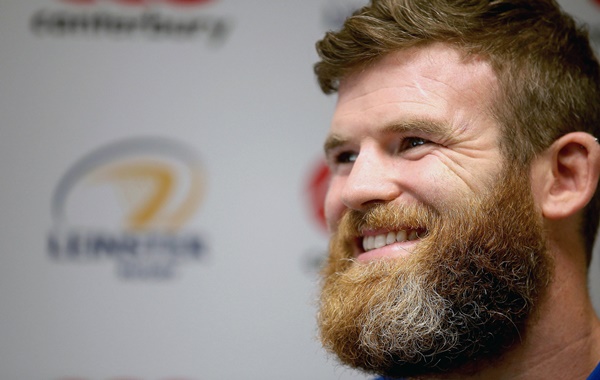 D'Arcy on... being back in pre-season

END_OF_DOCUMENT_TOKEN_TO_BE_REPLACED

"It's been pretty horrific as every pre-season is. You've just about recovered from a session, you can barely walk out. Then you go home and sit on the couch and almost recover from earlier and then you have to do it all over again. It's kind of like Groundhog Day for about ten weeks."

D'Arcy on... the importance of squad depth

END_OF_DOCUMENT_TOKEN_TO_BE_REPLACED

"You look back to last season when all the Irish internationals were away for the Six Nations; Leinster won every one of their games. That was huge  in terms of us going on and winning the PRO12 and the A competition. All those players were playing at a higher level, they were getting games and then if they didn't play for the final stages of the PRO12, they were playing at a higher level going into the B&I Cup and that brought the level of the players around them up. It's a squad effort and the season just gone highlights how important it is to have a good squad."

D'Arcy on... old jerseys and how much the Leinster set-up has changed

"You'd get a medium jersey handed to you and it would be down to your knees. It was usually massive but you had to wear it and then you'd be getting tackled by someone grabbing the jersey and pulling you to the ground."

"We trained in St Andrew's and we changed in a portacabin, only the Irish international lads did weights and the rest just trained on the pitch three nights a week. We played probably 12 games a season so it's pretty much apples and oranges (Laughs)."

D'Arcy on... the growth of the league

END_OF_DOCUMENT_TOKEN_TO_BE_REPLACED

The Guinness PRO12 on Sky Sports is going to be a fantastic product and it's going to grow the game again plus it looks like they're sponsors who are going to stay on board for longer than two or three years. When you think back to the early days, there was one man and his dog watching the games and now we'll sell out the Aviva Stadium for the Munster game in October. It's come a long way but it's come off the back of success; that success breeds expectation and we have to live up to it." 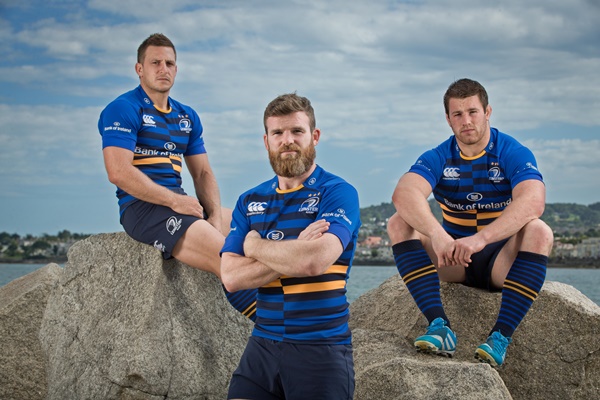 D'Arcy on... life without Brian O'Driscoll and Leo Cullen

"Transfers and people moving on is becoming a bigger part of the game, it's almost amateurish to be thinking "I can't believe these people are moving on and what are we going to do without them," you just do what you do in sport, you get on with it and you move on.

You'll never be able to replace a Brian O'Driscoll, Leo Cullen's moved ten metres upstairs and it's like he's been there all his life. It's just part and parcel of sport, when you play big games without big players and win, people kind of go 'okay there is a possibility to win without these guys' but that's not saying you wouldn't like them there but when they're not, the collective has to pick up the slack."

D'Arcy on... opportunities to move abroad

"Toulouse made an offer once, they would have been my favourite club growing up but the IRFU were pretty adamant that I didn't go. I didn't go over and visit or anything, it was before that sort of thing, the flight probably cost too much (laughs)."

"I can't really control more than six months in my destiny. When I broke my arm in 2008, there was a six-month period where I was told that I'd probably never play again. I had three operations, they said I only had a 50/50 chance of getting back and six months later we win a Grand Slam. So, I've learned that six months is a huge amount of time in rugby, I can't worry about what's going to happen next September.

I can worry about recovering from my shoulder operation, getting as fit as I can for the season and hopefully I'll put myself in contention for an Irish position. I can only put myself in the shop window, if Matt wants to pick me and Joe wants to pick me, I'll deliver but I plan on being top of the queue for every game."

Gordon D'Arcy was speaking at the launch of Leinster's new Canterbury 2014/15 European shirt at University College Dublin. The new jersey is available now at www.canterbury.com.

popular
Harvard study reveals how many times men should ejaculate each month to stay healthy
Parents left in shock after gorillas start mating in front of kids at zoo
Colin Farrell shouldn't win the Oscar this year
Conor Mcgregor hit by car ‘at full speed’ while cycling
Man wins $1m on lottery ticket after someone pushed in ahead of him in queue
The JOE Friday Pub Quiz: Week 331
Close call as Paul McCartney tries to pose on Abbey Road crossing
You may also like
4 months ago
Iconic rugby commentator Eddie Butler dies aged 65
10 months ago
Scottish Parliament official dies during rugby game in Dublin
11 months ago
Every Guinness fan needs to try these brand new experimental beers
11 months ago
"Samaritans saved my life" - Brent Pope praised for honest interview on Tommy Tiernan Show
1 year ago
QUIZ: How well do you know these famous Ireland players?
1 year ago
"You want to prove them wrong, even if they're not telling the right story" - Conor Murray
Next Page