We're already at number four in our series of great Brazilian victories and we make no apologies for once again returning to that great team in the 1982 World Cup in Spain.

END_OF_DOCUMENT_TOKEN_TO_BE_REPLACED

Brazil and Argentina had qualified for  the Second Round group alongside Italy with the winners of the group going into the semi-final. Italy beat Argentina in the first match and so came into this game against traditional old foes Brazil needing a win. The match was played in Estadio Sarriá, Barcelona. 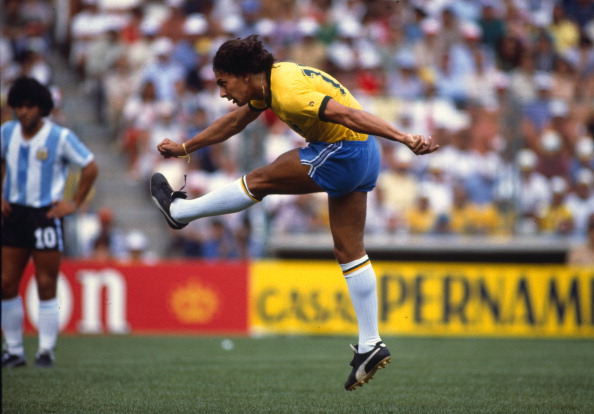 Brazil took the game by the scruff of the neck from the get-go. Their flamboyance and technique was a joy to watch as they simply mesmerised the Argentinians. In the 11th minute they won a free-kick about 35 yards out. A little bit out of regular free-kick taker Zico's range, up stepped their fantastic winger Eder. He smacked a shot full of venom (pic above) and swerve that the Argentine keeper could not get anywhere near to. Alas, the shot cannoned off the crossbar, but straight to the feet of the in rushing Zico who gleefully tapped into an empty net to put Brazil 1-0 up. 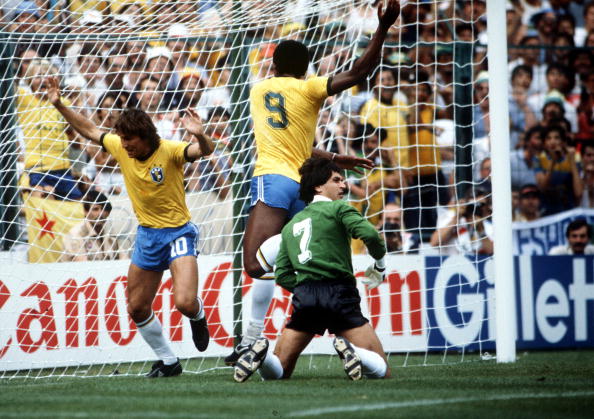 END_OF_DOCUMENT_TOKEN_TO_BE_REPLACED

The reigning World Champions were being given a lesson in pass and move by Brazil. Socrates, Juniro, Falcao and Eder all took turns in tormenting the Argentinians. In the 66th minute a beautiful Brazil move involving Eder, Socrates, Zico and Falcao resulted in a pin point cross to their giant striker Serginho (pic above) who powerfully headed into the net giving Brazil a 2-0 lead. 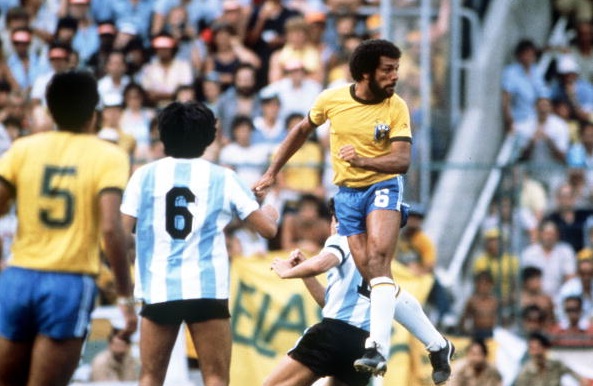 The match was all but over as a contest, but the Brazilians wanted to put on a show and they were merciless as they put Argentina to the sword. Another sweeping move in the 75th minute saw Zico pick out Junior (pic above) with an incredible eye of the needle pass resulting in the marauding full-back hammering it home to make it 3-0 and no way back for Argentina.

Argentina were frustrated as they spent the afternoon chasing shadows and the frustration boiled over when a young Diego Maradona (pic below) kicked out at Brazil's Joao Batista. He was shown the red card to end his involvement in the tournament, but he would have his day in 1986. 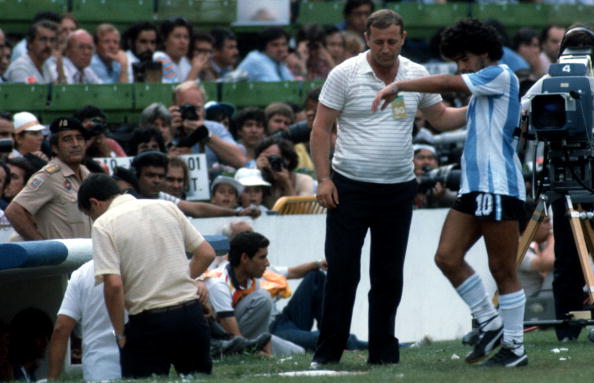 END_OF_DOCUMENT_TOKEN_TO_BE_REPLACED

The match petered out somewhat after that, but Argentina did find time to score arguably the goal of the game, when Ramon Diaz pummeled a stinging shot into the top corner following an error in the Brazilian defence. It only served to be a consolation as Brazil ran out comfortable 3-1 winners.