More than 6,500 extra tickets have been allocated to Irish supporters for their three group games at Euro 2016 in the summer.

The FAI announced this evening that 6,502 extra tickets will be made available for Ireland’s games against Sweden, Belgium and Italy, increasing Ireland’s total ticket allocation to 32,052 for the tournament.

END_OF_DOCUMENT_TOKEN_TO_BE_REPLACED

Here’s how they’re going to be allocated:

The extra allocation came about after meetings with UEFA officials in Nyon, Switzerland last Friday. 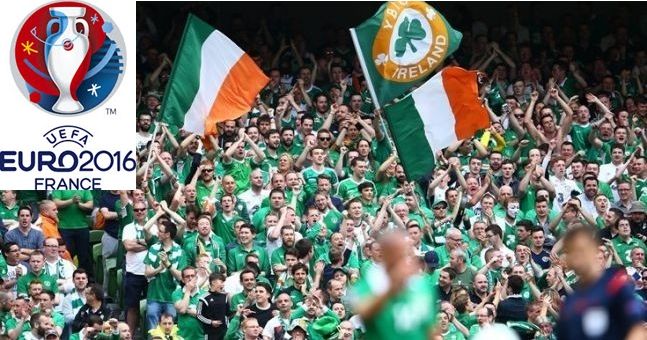 END_OF_DOCUMENT_TOKEN_TO_BE_REPLACED

"These tickets will go some way to satisfying the huge demand for Ireland matches at EURO 2016."

END_OF_DOCUMENT_TOKEN_TO_BE_REPLACED

More than 275,000 tickets have already been applied for by Irish supporters, demonstrating just how heavily over-subscribed each fixture is.

UEFA will contact each applicant to inform them of the timeline expected for payments to be taken, while all applicants will be informed of their final status by February 29 at the latest.

In a statement released today, the FAI said they would strongly recommend that supporters check with their bank that there are sufficient funds in their accounts to meet payments. If supporters agreed to accept tickets in higher categories, pricing will increase accordingly and again supporters should ensure sufficient funds are available.