"Hopefully it was a catalyst to get lads talking."

Greg O'Shea says he has been flooded with positive messages and calls of support since he spoke so openly about his mental health battles, in recent weeks.

The former Ireland Sevens star, who now hosts House of Rugby and Virgin Media's Six O'Clock show, first told Doireann Garrihy, on The Laughs of your Life podcast, about having mental health struggles. Then, on last Friday's Late Late Show, he expanded on the tough, personal topic with Ryan Tubridy.

END_OF_DOCUMENT_TOKEN_TO_BE_REPLACED

"I really struggled that I felt like I lost my identity," said the former Love Island winner about his retiring from rugby after representing Ireland at the Olympics. This, allied with abusive messages that he and his family were getting over social media, led to some dark thoughts.

"On the face of it," he told Tubridy, "I had everything and what they say to do is talk to people, but we don't speak and it's such an issue. Men don't speak to each other.

"After trying to speak to the person I was closest to in London, they pulled away. I'm sure that person was dealing with their own stuff, but I was spiralling mentally.

"It's quite upsetting but I was driving around Rathfarnham and I'm in convulsions of tears and I just wanted it all to end. I was just so done and I was like 'what's the point'. It was then that I decided I was just going to talk to a medical professional."

On the latest House of Rugby [LISTEN from 1:o0 below], Greg O'Shea spoke with Lindsay Peat and Jason Hennessy about that interview and the love and support that has flowed in way in the days that followed. 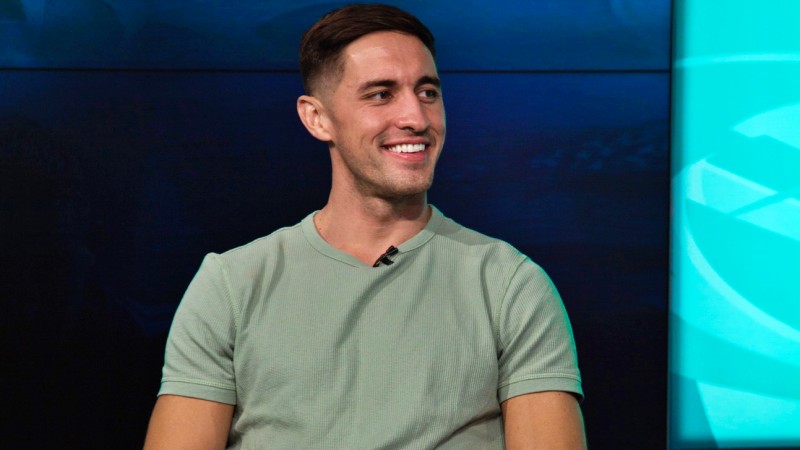 'As long as it helps some fellas, it's all that matters'

Greg O'Shea was in the House of Rugby studio on Monday morning and was still feeling the love after a weekend on which hundreds of people reached out to let them know how his interview had touched and resonated with them.

"It was very exposing," he said, "but as long as it helps some young fellas, it's all that matters.

"I've been inundated with young guys, and even older lads. So, hopefully it was a catalyst to get lads talking."

"I think we can take a page out of the female book," he added, "as they are so much better, it seems, at just speaking to each other. Whereas men are just trying to be the stoic guys, especially that come from sporting backgrounds."

"It was very exposing, but as long as it helps some young fellas it's all that matters... hopefully it was a catalyst to get lads talking" @GOSofficialpage on his stirring @RTELateLateShow appearance 👊 🗣️ pic.twitter.com/bQ1JJQ4jFX

*The Samaritans operate a free helpline open 24/7 on 116 123. Alternatively, you can email jo@samaritans.org or visit their site to find your local branch.

popular
The Last Of Us Episode Five will premiere days earlier in Ireland and UK
Amazon Prime Video has just added 21 big movies to its library
Shock as blues singer beats Adele, Beyonce and Taylor Swift to win Song of the Year Grammy
One of the best crime thrillers ever is among the movies on TV tonight
5 years ago, Hollywood took a massive gamble on a huge sequel... and lost big time
Ben Affleck's bored expression at the Grammys becomes a meme
QUIZ: JOE's Big News Of The Day Quiz #41
You may also like
3 months ago
"It was honestly like wrestling a vending machine" - Greg O'Shea on his new fitness series
4 months ago
Iconic rugby commentator Eddie Butler dies aged 65
10 months ago
Scottish Parliament official dies during rugby game in Dublin
11 months ago
Every Guinness fan needs to try these brand new experimental beers
1 year ago
"Samaritans saved my life" - Brent Pope praised for honest interview on Tommy Tiernan Show
1 year ago
QUIZ: How well do you know these famous Ireland players?
Next Page