Paolo Maldini made his debut 30 years ago today: JOE looks at the career of the AC Milan legend

"When I think of the current generation, Lionel Messi is top-level. Zidane was brilliant but without a doubt, Paolo Maldini has been my favourite". - Sir Alex Ferguson.

One of JOE's pet peeves with modern football is that people are all very eager to hail the next YouTube sensation as an instant legend, hero, world beater etc. Regarding the Italian left-back, JOE thinks that the Oxford English Dictionary should put Maldini's face next to the word "legend" and here's why.

He spent all 24 seasons of his career at AC Milan where he won the following; 7 Scudettos , 5 Champions Leagues, 5 Super Cups, 2 Intercontinental Cups, the FIFA Club World Cup and the Coppa Italia. 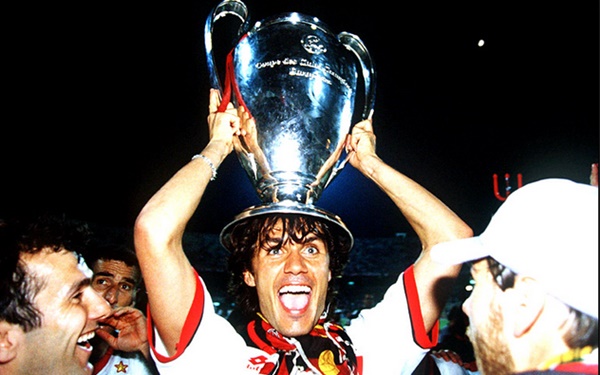 Not only that, but he also holds the records for; most AC Milan appearances, the all-time most appearances in European competitions and the most minutes ever played at the World Cup. On the international front, Maldini has played in four World Cups but he sadly never managed to lift a major trophy with the Azzurri. He has countless other accolades, trophies and personal records that JOE hasn't even mentioned here! We don't have enough words to describe his genius. 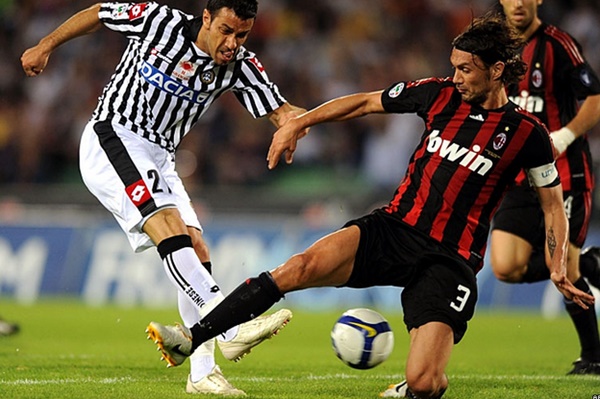 It would be impossible for JOE to give you a choice selection of his career highlights because there are so many. His career is one long series of achievements and triumphs, even when Maldini lost he still showed class and dignity. JOE would rather talk about the man himself and what it was that made  him so special.

It's no surprise that Maldini became a world-class footballer, his father Cesare (who would later become his national team manager) was also an Italian international, he played right-back for AC Milan between 1954 and 1966 too. The Maldini legacy is still going strong in the San Siro as Paolo's son, Christian,  has already trained with the first team. No pressure lad! 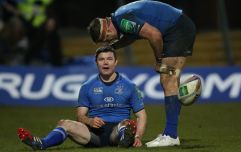 END_OF_DOCUMENT_TOKEN_TO_BE_REPLACED

Having come through the Rossoneri youth team, he made his debut at 16 in the 1984-85 season. The world was amazed by his prodigious technical and physical skills as Maldini took his place alongside Tassoti, Baresi and Costacurta. Names that still make any striker quake in their boots. 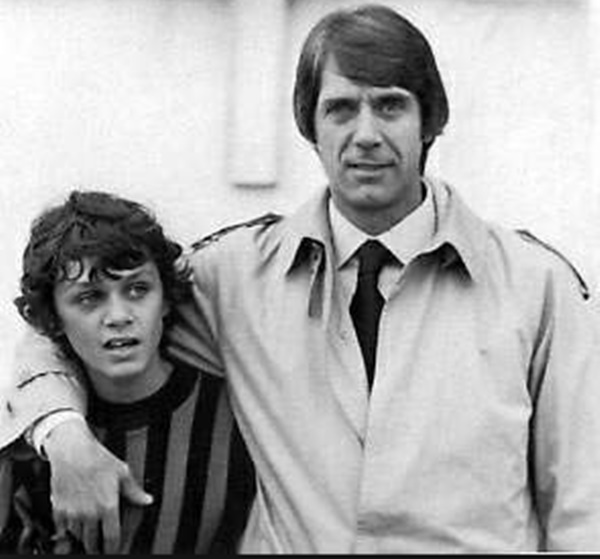 The peerless Maldini was given the ultimate compliment at the end of the 1996/97 season when the great Franco Baresi announced his retirement. The left-back picked up the arm-band and ensured that the trophy-winning standards didn't drop at the San Siro. What makes Maldini one of JOE's favourite players of all time was his style of play. He was the most elegant defender that we have ever seen because he relied on his technique and anticipation - not physical intimidation - to dominate opposing wingers.

Maldini was a left back that was naturally right footed, a defender who could attack just as well, tough but always fair, more intelligent than aggressive, humble in victory and always magnanimous in defeat. Maldini was sheer class personified, both on and off the pitch. Do you want to hear something crazy? He never picked up a single red card in any competitive match during his 24 years playing as a professional. This documentary on him is perfect. 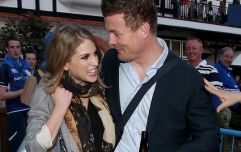 Pic: Amy Huberman’s birthday message for BOD will bring him down to earth in a hurry

END_OF_DOCUMENT_TOKEN_TO_BE_REPLACED

Much like the legendary careers of Ryan Giggs, Clarence Seedorf and Raul, Maldini has always been at the very top of the game. He has won trophies under illustrious managers like Fabio Capello, Arrigo Sacchi , Alberto Zaccheroni  and Carlo Ancelotti. Maldini has played alongside some of the best players in the history of the game, for club and country.  Baresi, Baggio, Nesta, Gullit, Van Basten, Pirlo, Ronaldinho, Cannavaro, Del Piero, Shevchenko and the list goes on. 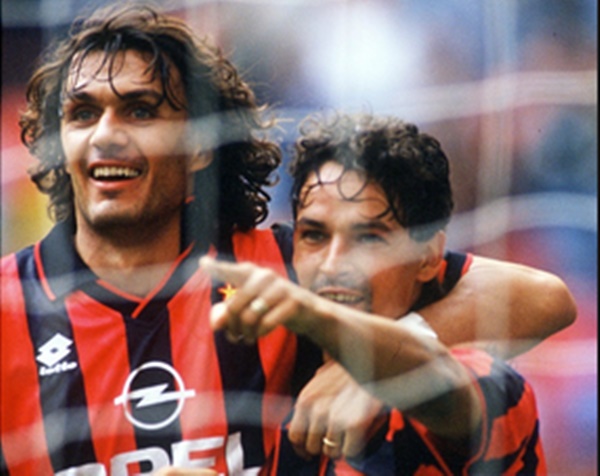 Such is his stature in the game that even the Inter Milan tifosi paid tribute to him in the last Milan derby he played before his retirement. Since retiring, Maldini has refused a plethora of coaching offers, most notably from Chelsea, but JOE wouldn't rule out a return to the game.

What words can we use s to describe him? Winner, loyal, general, brave, captain, icon and legend. Simply put, Paolo Maldini.

popular
The new film from the creators of South Park is going to get some big reactions
The JOE Movie Quiz: Week 137
Put the pedal to the metal with this General Knowledge Quiz
That Nic Cage film everyone is talking about is finally available to watch at home
Location of winning Lotto jackpot ticket worth €19.06 million confirmed
The JOE Friday Pub Quiz: Week 277
One of Ryan Gosling's best performances is among the movies on TV tonight
You may also like
2 years ago
WATCH: Mitt Romney blowing out his birthday cake is the strangest thing you'll see today
3 years ago
PIC: There's a brand new Irish care-package from the creator of the "Paddy Box"
3 years ago
Conor McGregor hit Longitude for his 30th birthday and was mobbed by fans
4 years ago
QUIZ: Can you name Spielberg's ten biggest movies in 3 minutes?
4 years ago
Irishman asking friends to post more than just screenshots for birthday this year
4 years ago
PICS: Behold this glorious Supermac's themed birthday cake
Next Page