Happy Birthday Paul McGrath: Just some of the reasons why we love the Irish legend

One of the greatest sporting heroes in Irish history turns 56 today...

83 caps and eight goals are just the tip of the iceberg as far as we're concerned because watching Paul McGrath play football made you feel proud to be Irish.

Why? Because for 90 minutes, every single Irish fan knew that this country was capable of producing world class footballers like him.

McGrath is rightfully revered as one of Ireland's greatest ever sports stars so, in no particular order, here are some reasons why.

His League of Ireland background

END_OF_DOCUMENT_TOKEN_TO_BE_REPLACED

McGrath was originally born in London but learned his footballing trade with local sides Pearse Rovers and Dalkey United.

The defender has frequently said that football was a way for him to gain social acceptance and escape the harsh living conditions that he frequently found himself in amongst some of Dublin's orphanages.

It was at St Patrick's Athletic where McGrath caught the attention of Manchester United scouts, who were already interested in him even before he moved to Inchicore, although his brief spell with the Saints is still fondly remembered by fans. 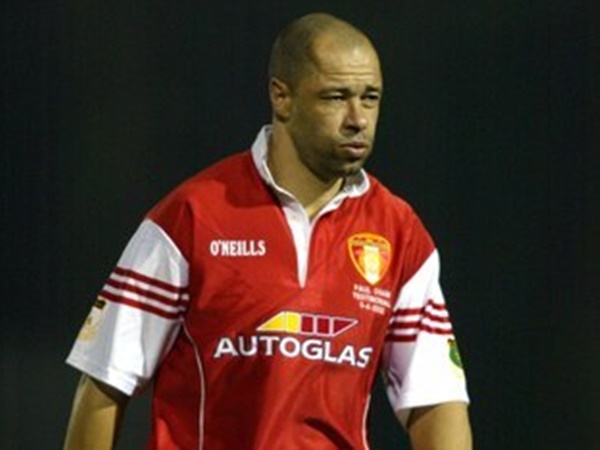 That game against Italy at Giants Stadium

Remember,he had a shoulder virus in this match and was far from fully fit. Holy Jesus, the thought of him playing at 100% is frightening.

02:40 is where all the magic happens and these anecdotes about his finest hour are just superb.

This homecoming photo from Italia '90 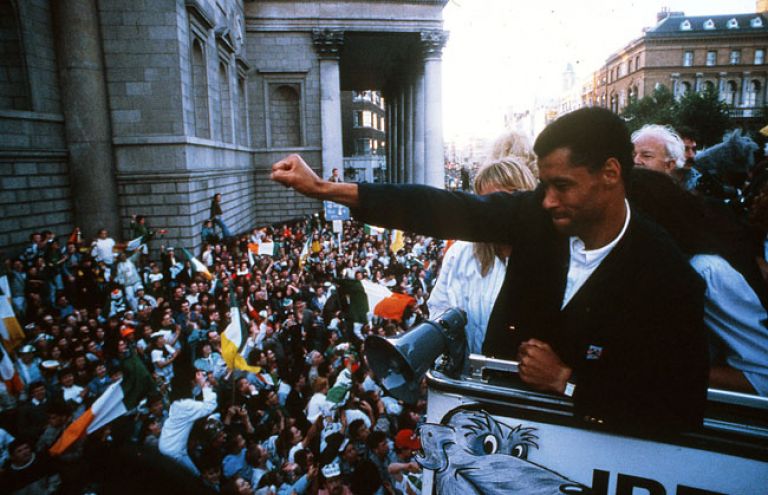 This disallowed goal vs Holand in USA '94

This still probably remains the classiest goal that was never scored by a defender at a World Cup. That flick!

His commitment to playing for Ireland

McGrath's knees were in such a bad condition that he frequently only managed 10 minutes of training on the exercise bike during his time at Aston Villa and Derby. Despite this crippling injury, McGrath's commitment and dedication could never ever be questioned.

He remained a colossus for Ireland and always made himself available for matches even when health issues got in the way.

His style of play

Journalist Philip Quinn once remarked that, "Paul McGrath played football as though he was wearing a silk smoking jacket with a crystal glass in his hand." 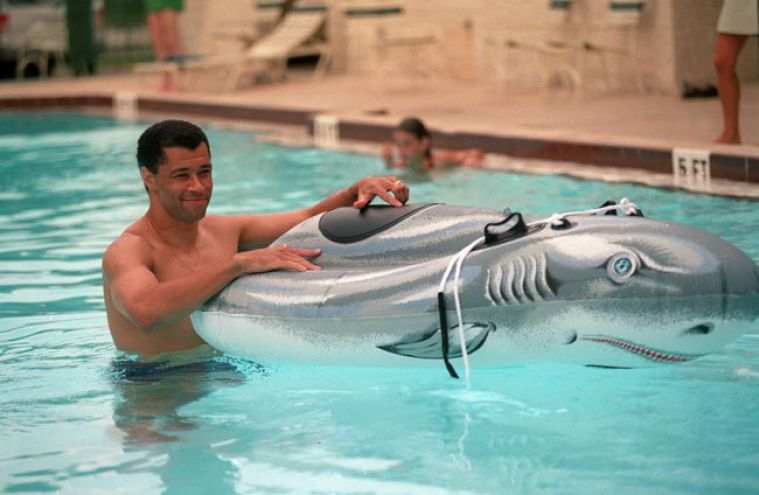 This quote from Jack Charlton

"Paul McGrath is one of the all-time greats. Someone to compare to Bobby Moore. He’s one of the best players I ever had."

This didn't stop Big Jack from constantly referring to McGrath by the name James though and the strange thing is that McGrath actually got familiar in answering to it.

PFA Player of The Year

Alex Ferguson discarded him at Old Trafford, he even tried to make him sign a document which would officially confirm his retirement. Four years later and McGrath was voted as the best player in the Premier League in '93 when he played for Aston Villa.

What makes him human

We all know about the problems that McGrath faced in his personal life but just like George Best before him, these issues only seemed to make the Irish people embrace and love him even more.

A tough upbringing in an orphanage along with a shy and insecure personality led to a dependence on alcohol which was fostered in a dressing room that encouraged the culture of having just 'one or two' after a match.

There is no such thing as a perfect person and the fact that McGrath has been frank and honest about his issues in the brilliant book 'Back from The Brink' can only inspire respect. Not everyone can be that brave about their own demons.

This quote from Ian Rush

"People talk about the lack of goals I scored against Man United and the reason for that was Paul McGrath, he was too good."

He moved to Aston Villa in 1989 and became a club legend, making over 250 appearances, as his name is still sung on the Holte End. McGrath would later be placed on the list of the Premier League's greatest ever players and Villa fans refer to him as 'God'. Irish fans haven't forgotten him also.

His return to Old Trafford

On one occasion, Derby beat Manchester United 3-2 and after the match Fergie described McGrath's display as "absolutely brilliant." He was man of the match.

It wasn't the first time that his ex-manager helped build bridges between the pair. McGrath says that immediately after Villa beat United in the '94 League Cup final, "Ferguson put his hand out and said, 'Well done, big man.' It made me wish I had gone up to him first."

The story about Nelson Mandela

This photo from his testimonial match with his son 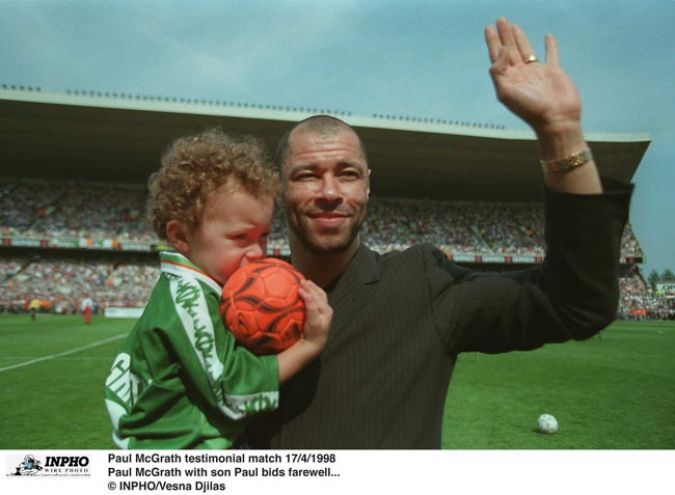 I've frequently heard a lovely anecdote about a meeting between McGrath and the late great Eusebio, after Portugal lost a qualifier in Dublin.

The Benfica and football legend was so impressed with McGrath's performance on the night that he allegedly made it his personal mission to head down to the changing room and ask for the Irishman's jersey.

Two legends that were side by side for a moment of time.

His personality away from the pitch

In a way, McGrath epitomises the Irish psyche of never getting too big for your boots. On the pitch he was a commanding, technically gifted and imposing defender who looked unbeatable at times.

Away from it, he always appeared to be humble and shy despite his iconic status. The talking was to be done on the field and during those 90 minutes, he was louder than anyone. "When my knees were grand, I suppose I was a decent player,” he said. Paul McGrath was an exceptional player.

popular
QUIZ: You'll need to be razor-sharp to get 100% in this General Knowledge Quiz
The JOE Music Quiz: Week 117
The JOE Friday Pub Quiz: Week 307
An exciting Irish crime thriller is among the movies on TV tonight
A great underseen action thriller is among the movies on TV tonight
James May reportedly hospitalised after crashing into wall at 75mph filming new show
Record for hottest August day in Ireland ever has now been broken
You may also like
1 week ago
The JOE Friday Pub Quiz: Week 306
1 week ago
Rebekah Vardy breaks down in tears in first TV interview since Wagatha Christie defeat
1 month ago
Gary Lineker says he suffered racist abuse during football days due to "darkish skin"
2 months ago
Merseyside police defend ‘exemplary’ Liverpool fans tear gassed by French police
2 months ago
BBC trainee accidentally posts message mocking Man United live on TV
2 months ago
Kurt Zouma charged with three animal welfare offences
Next Page