Heading to the Galway Races this year? A hotel in Galway is going to cost you

Ladies' Day could prove to be a particularly pricey day out.

There's less than a fortnight to go until the Galway Races return to Ballybrit and thousands of people descend on the City of the Tribes for a bit of racing and a bit of craic.

Festival goers looking for accommodation on the week of the races should be warned, however; much like a particularly unfortunate day at the track, it won't come cheap. 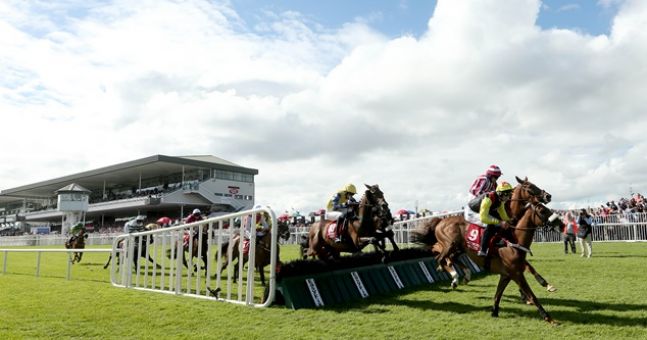 END_OF_DOCUMENT_TOKEN_TO_BE_REPLACED

According to the trivago Hotel Price Index (tHPI) prepared each month by hotel search site trivago.ie, the average hotel price in Galway has risen by 16% for the Galway Races (July 27 - August 2), with prices peaking at an average of €221 for Ladies' Day (Thursday, July 30).

The average price of a hotel room in Galway for the month of July is €137 and will rise to €171 for the week of the races themselves, one of the busiest weeks of the year in Galway and a highlight of the racing calendar in Ireland.

Overall, the average price of a hotel room in Ireland has risen 15% since July 2014, with customers now having to fork out an average of €124 for a room this month compared to €108 in the same month last year.

As for Galway, if you are going, fingers crossed you have some luck on the track because otherwise, the fear when checking the bank account will be particularly strong afterwards.

popular
Large crowds gather outside Tullamore courthouse as man charged with murder of Ashling Murphy
Amazon Prime Video has quietly added 18 big releases to its library
Over 80% of people working from home could be missing out on €100 tax relief
A gripping '90s thriller is among the movies on TV tonight
Here's the line-up for this week's Late Late Show
60 jobs available on Stena Line with 50% of your time spent not working
Ryanair's Michael O'Leary is looking for an executive assistant
You may also like
1 day ago
WATCH: This foul-mouthed argument proves the Irish language is alive and well
2 days ago
Over 90,000 dwellings in Ireland are vacant
1 month ago
Man in his 70s dies following two vehicle collision in Galway
1 month ago
Gardaí warning people not to make unnecessary journeys in anticipation of Storm Barra
1 month ago
Met Éireann issues Orange weather warnings for five counties ahead of Storm Barra
1 month ago
Vodafone launches same-day repair for smartphones in Dublin, Cork, and Galway
Next Page