Here's the five NBA teams you SHOULD support this season

We brought you the teams to avoid yesterday, and now here’s the five teams you should be backing in the NBA this year.

Looking for an NBA team to support this year, fed up of your existing team or just looking for a decent punt before the tip off tonight? Then step this way…

END_OF_DOCUMENT_TOKEN_TO_BE_REPLACED

The hipster pick for this year and a valid one in almost every sense. After years of futility the Warriors are good again. Really good. Sixth in the Western Conference last year, they beat Denver to reach the second round, falling to the super experienced Spurs.

But they will be even better this year. The breakout star last term was Steph Curry, a man who can, and will, score threes from anywhere on the floor. He broke the single season record last year with 272 threes. Curry is a brilliant point guard as well as shooter and his guard partner Klay Thompson is almost as good.

Their big move was to bring in the classy Andre Iguodala from Denver and they added two seven-foot centres in Dewayne Dedmon and Ognjen Kuzmić to play back up to hopefully fit again Aussie giant Andrew Bogut. Add in the talented Harrison Barnes, plus veterans Jermaine O’Neal and David Lee and the Warriors roster is fantastic.

They are also great to watch, even if the eight-hour time difference makes it a killer to support them from here and they have a very cool new sleeved shirt this season. 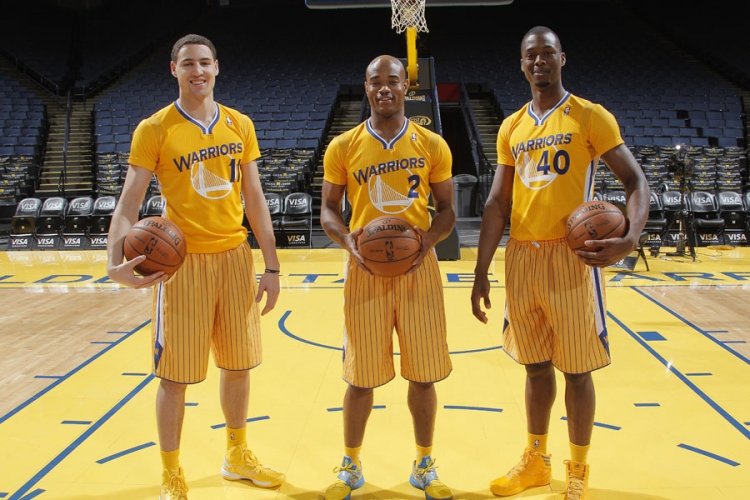 END_OF_DOCUMENT_TOKEN_TO_BE_REPLACED

Nice tops, shame about the short...

Certs for the playoffs, at 10/1, they should give you a good run for your money to win the West this year.

END_OF_DOCUMENT_TOKEN_TO_BE_REPLACED

All about one man, Derrick Rose. After an entire season out with an ACL injury, the 2011 MVP is back and that is very good news. An explosive and exciting player to watch, Rose is the sort of player who will have you screaming at the TV in the small hours of the morning, or, more likely, when you see the clip on YouTube the next morning.

His rehab has been very well handled by the Bulls, who did pretty well without him last season, losing to Miami in the second round. That run was built on coach Tom Thibadeau’s fantastic defence but with the return of Rose, they can now match that grit with guile at the other end. 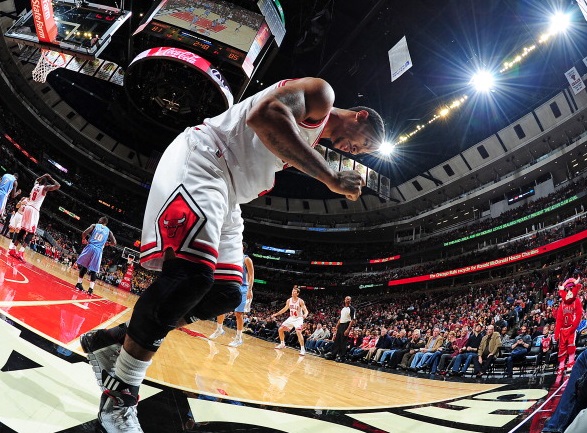 The addition of Mike Dunleavy will help their shooting and if any team can stop the Miami machine in the East, it’ll be the Bulls.

Since LeBron’s ‘Decision’ to leave for South Beach, watching Cleveland has been like watching a fella jilted by his sweetheart. Sad, moping about the place, generally not too bothered how they look; the city and the team took it hard.

But now, they have found a new love, and the pep is back in the Cavs step. Kyrie Irving is the new hero in town and he is bloody fantastic. Now in his third year the point guard is already an All-Star and one of the best PGs in a league stuffed with classy point men.

Coach Mike Brown is now able to build a decent team around Irving, including No 1 draft pick Anthony Bennett, and Andrew ‘he has to be better than last year’ Bynum. Veterans Jarrett Jack and Earl Clark are also aboard this year, and they already have the impressive Anderson Verejao and Dion Waiters.

With that team, the Cavs could be the most thrilling team in the League, especially if the Lob City Clippers (see below) go all serious on us. The Cavs won’t win the title, but the play-offs are well within their reach. Finishing as eight seed, and probably playing the Heat, would square the LeBron circle nicely.

The team that generates more YouTube hits than wins might be about to change that this season. One of the best in the west last year, they bowed out of the play-offs in the first round, meaning Vinny Del Negro was finally booted out as head coach.

In his place, in a shock move, was former Celtics gaffer Doc Rivers, a proven winner and a proper coach (no offence Vinny. Okay, some offence Vinny). Rivers' arrival means the Clips have to be taken far more seriously, and they will probably play that way too, so expect a few less Alley-oops this season. 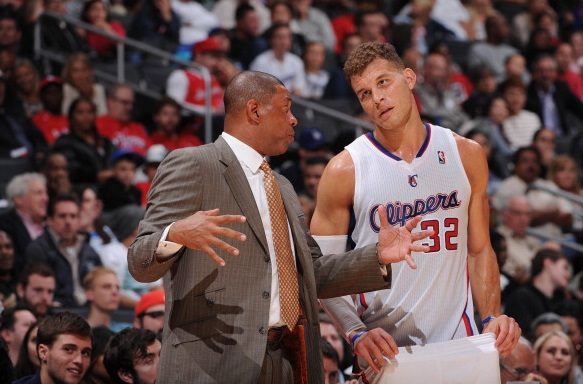 Chris Paul is a potential MVP under Rivers’ watch, while Blake Griffin might finally mature into the player he should be, rather than just a wrecking ball around the rim. The rest of the roster is stuffed with talent and with the Lakers in a funk, and the Spurs surely on the slide, the way is open for the Clippers to win the West this year. If they can beat these next guys…

While the Spurs run the Finals last year was a great tale of veteran players and coach going the distance one more time, the nagging doubt was that the Thunder should, and could, have given the Heat more trouble.

They bounced out, like the Clips, to the Grizzlies, but that was mainly down to the loss through injury of Russell Westbrook, one of the best 10 players in the NBA. At the start of this season, Westbrook remains out (he’ll be back in early December) but until then the prolific Kevin Durant (main pic) can carry them.

Durant is the West Conference LeBron, capable of tremendous athleticism and will to win. Now 25, it is time for Durant to start winning. They reached the Finals in 2012, and we believe they will do so again this year, injury permitting.

Alongside the dynamic duo of Durant and Westbrook, Serge Ibaka had a breakout year as a defensive force and as we have seen with the Celtics and the Heat, three superstars can win you a title. The Thunder have those in Durant, Westbrook and Ibaka. The rest of the roster is okay, and coach Scott Brooks still makes the odd weird call, but if you want to back a winner, and enjoy the ride, try the Thunder. At 6/1 for the title, they are worth a punt, especially if one of Miami’s big three misses the play-offs.

popular
Amazon Prime Video has just added 38 very big movies to its library
Ashton Kutcher opens up about rare disease that left him unable to see or walk
The 50 most iconic songs of all time* have been revealed
Mia Khalifa claims seaside town is better than Miami
We just got the first trailer for a movie not out until 2024
The start of the superhero takeover of Hollywood is among the movies on TV tonight
The JOE Movie Quiz: Week 182
You may also like
7 years ago
Video: Galway lad lands slick trampoline trick shot using an American football
7 years ago
Video: Irish people watch lacrosse for the first time and explain why it’s nothing like hurling
7 years ago
Pic: WWE’s Triple H plans to eat this mountain of food over 3 days
7 years ago
Video: College footballer performs 40-inch box jump while holding two 32kg dumbbells
7 years ago
Video: The latest People Are Awesome compilation features some unbelievably talented kids
7 years ago
Deceased coach wills $200 to all of his former players to enjoy a night out
Next Page