There were some tough calls to make but do you agree with the overall selection?

A number of regular Sunday Game panellists sat down following the enthralling All-Ireland Final to pick who they thought was the best XV of the year and, as you’d suspect, it wasn’t easy.

In the end, the team was made up entirely of the four teams that made the All-Ireland semi-finals, with seven players coming from champions Tipperary, four from runners-up Kilkenny, two from Waterford and two from Galway.

After plenty of debate, you can see the team they come up with below. 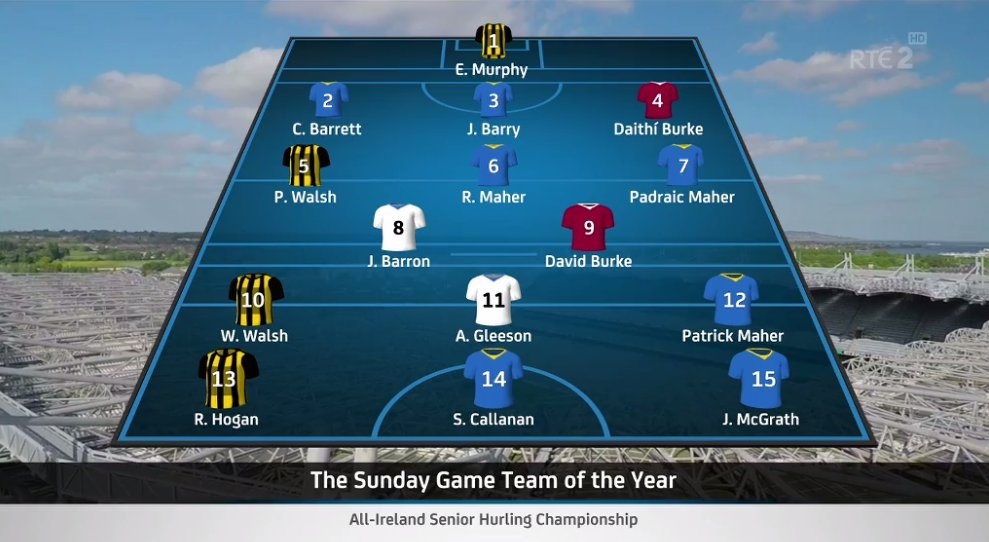 Congrats to Seamus Callanan who picked up the hurler of the year accolade.

The Sunday Game analysts have selected Séamus Callanan as their hurler of the year. https://t.co/XgFKiCd7yx

popular
The JOE Friday Pub Quiz: Week 308
Fine Gael announces special screenings of Michael Collins movie in 19 cinemas across Ireland
Passenger plane dropped 1,200 feet in a minute without pilots noticing
Pilots fly over destination airport at 37,000 feet because they were both sleeping
Netflix has just added 23 very big movies to its library
Controversial influencer Andrew Tate banned from Instagram and Facebook
Infant dies after being hit by jeep in Roscommon
You may also like
1 month ago
Looking for a hotel room for the All-Ireland Final weekends? It won't come cheap...
1 month ago
Taoiseach condemns "disturbing" fight at Galway v Armagh game
2 months ago
The 2 Johnnies share unbelievable catfish ordeal affecting over 40 people
3 months ago
Limerick hurler arrested following alleged altercation with Tipperary player in Limerick pub
4 months ago
Woman in her 20s dies after accident during Camogie match
10 months ago
Wicklow GAA to investigate fight after Under 15 match on Saturday
Next Page