That Robbie Keane is the second highest paid MLS player is big news today. But in US terms, the Irish international is way off the top earners.

Pulling in a very healthy $4,333,333.33 a year (€3.3m in our money), Robbie Keane is doing very well for himself in the US. The second highest paid player in US soccer, after old friend Thierry Henry, Keane is now the top dog at LA Galaxy and with two titles since he arrived in California, he’s probably worth every cent to the franchise.

But as far as the wider world of US sports is concerned, Keane’s salary is not even a blip on the money radar. The average NBA wage is $5.15m. Yes, the average. According to Forbes fellow LA resident Kobe Bryant is the top earner as he pulls in $27.8m from the Lakers just for playing. He gets another $32m a year in endorsements but as we only know Robbie’s wage, we will ignore that for the purposes of this piece. Even with that excluded, Kobe earns over six times what Robbie earns. 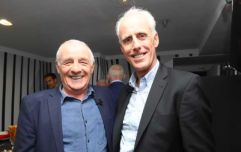 END_OF_DOCUMENT_TOKEN_TO_BE_REPLACED

In baseball, the ludicrous deal signed by Alex Rodriguez with the New York Yankees netted him a cool $30m in 2012 while team-mate Derek Jeter takes home $16m a year. And at this point in A-Rod’s career, we reckon Robbie might be more likely to hit a home run too.

In the NFL, the very top lads do very well. New Orleans Saints QB Drew Brees is on deal worth $20m a year, while Peyton Manning is on just a little under that from Denver. That said, the average salary in the NFL is under half what the Galaxy pay Keane.

And even in the much more niche world of the NHL, the top earner, Alexander Ovechkin of the Washington Capitals, brings home more than double what Robbie does, at $9.5m.

As for other sports, the top money maker in 2012 was Floyd ‘Money’ Mayweather, who pocketed $85m while Tiger Woods took in $59m in 2012 but both those numbers include endorsements and the like.

The benefit Robbie has over all these lads is that he can almost certainly walk around anywhere in the States and not get recognised, so long as an ex-pat doesn’t spot him. Keep up the good work Robbie.

popular
Budget 2023: Cigarettes going up, energy credits announced, child and social welfare increases confirmed
Two new 24-hour bus services are coming to Dublin
An action horror classic is among the movies on TV tonight
CONFIRMED: Renters to benefit from €500 tax credit as part of Budget 2023
An underseen disaster film is among the movies on TV tonight
Female child and woman in critical condition after incident in Clare
Jeffrey Dahmer’s dad thinks he knows what’s to blame for son becoming a serial killer
You may also like
5 months ago
Fine Gael senator apologises to Robbie Keane over salary comments
3 years ago
QUIZ: Can you name every country Robbie Keane scored against?
3 years ago
Former Irish players have a great story about Brian Kerr and how he raised team morale
4 years ago
"By no means will I be sitting idle" - Robbie Keane wants to keep playing after leaving latest club
4 years ago
Robbie Keane makes his kids’ Christmas with a surprise return home to Dublin on Christmas Eve
1 year ago
Four Irish players propelled into Lions debate after England hiding
Next Page