In case you missed it, here are all the brilliant quotes from Conor McGregor's press conference

It was a wild press conference...

The dust is settling on the announcement that Conor McGregor will headline UFC 205 in Madison Square Garden on November 12.

The Notorious attended a press conference in New York last night along with many of the other fighters on the card, including his opponent Eddie Alvarez.

END_OF_DOCUMENT_TOKEN_TO_BE_REPLACED

Like all press conferences which involve McGregor these days, it was never going to be anything short of highly entertaining and it definitely lived up to the hype.

The hour it was taking place did not exactly suit anyone who had an early rise this morning, so some of you may have missed some of the action taking place.

But you need not worry yourself. We've picked out some of the funniest and most memorable quotes from the press conference... and there were quite a lot of them.

Question from interviewer: How much are you worth to the UFC?

McGregor: 4.2 billion dollars, that’s what I’m worth to this company.

END_OF_DOCUMENT_TOKEN_TO_BE_REPLACED

McGregor: Or what?! What you gonna do? Or what? You gonna do something over there?

McGregor: Shut your fucking mouth. I run New York, I run this whole shit. And Mystic Mac predicts I’m going to KO you inside one round.

Interviewer: Can you tell us what you’re going to do with the featherweight and lightweight titles?

Interviewer: Can you give us an update on your leg [following the Diaz fight], how serious was the injury, and was it possible it was going to preclude you from fighting on this card.

McGregor: Listen, that fight was five weeks ago. I came out of the fight fresher than I went in. Look at Nate [Diaz’s] face. Nate will never look the same, I came out brand new. I’d a bruised foot. I agreed to this fight ten days ago, I don’t know what was going on, something went on with that other side. I was chilling waiting for the call, then the call came last minute, I jumped on plane and here we are. 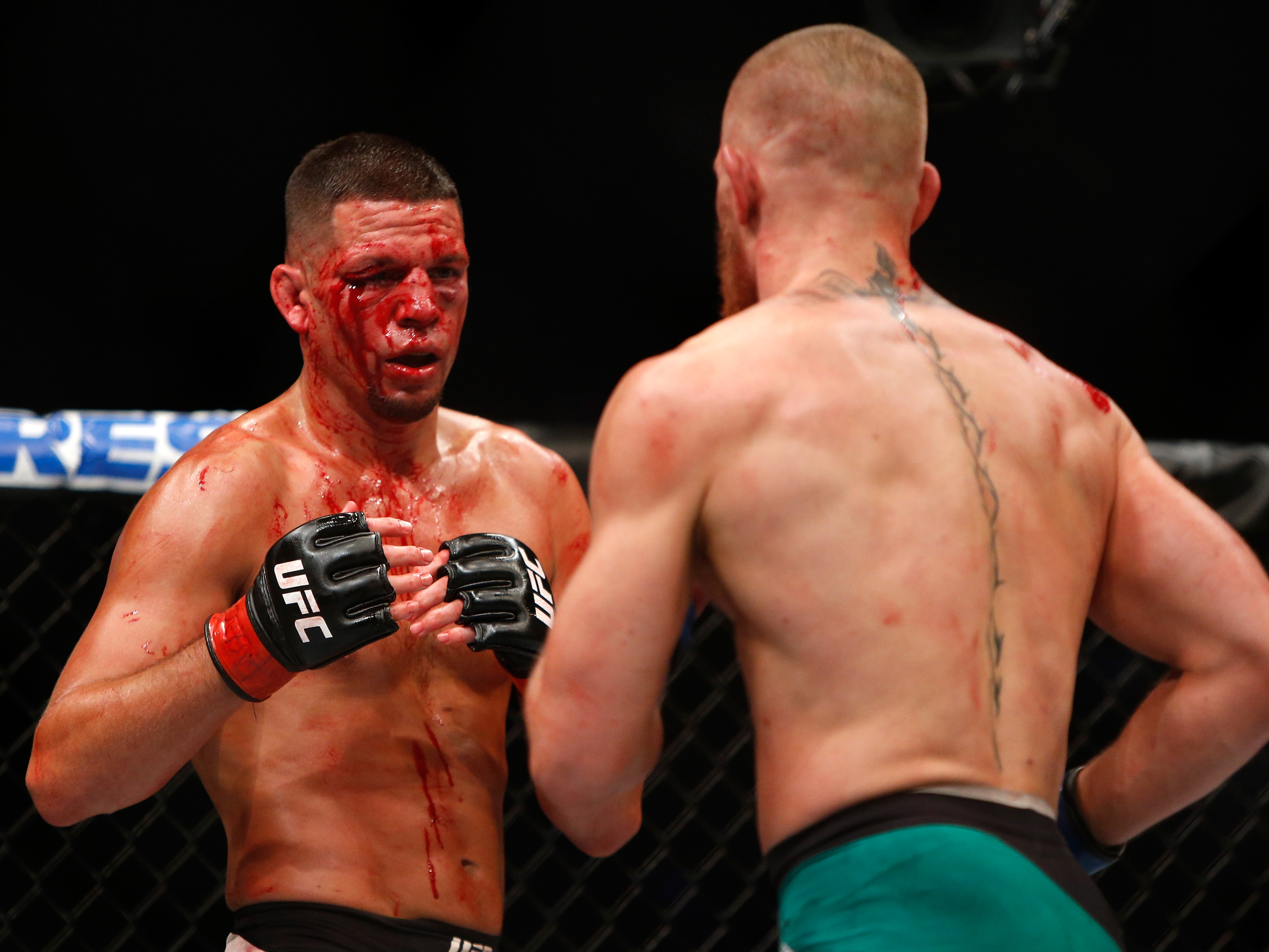 Interviewer: Take a look around you, you’ve got a lot of champions and a lot of grizzled vets. Who do you think would give you the hardest fight out of anyone on stage?

Stephens: You know well who I am.

McGregor: Who the fuck is that?

Everyone is looking for a shot at Conor McGregor at the #UFC205 presser! https://t.co/sHjYqD5xbH

Question to Eddie Alvarez from interviewer: How did you get this [fight] done because it seemed like just a few days ago they were targeting you and Khabib (Nurmagomedov)?

Everyone in the game wants this fight, this is the lottery fight. And this man took it on his last contract, imagine that. Imagine getting the biggest fight in the history of the game and saying, “shut your mouth kid, you’re getting paid what you got in your last fight and you’re lucky you’re even getting that”. He said, “Yes sir,” and sign it. That’s what happened.

If you're interested, you can watch the full press conference below...

Video via UFC ON FOX

popular
Harvard study reveals how many times men should ejaculate each month to stay healthy
Parents left in shock after gorillas start mating in front of kids at zoo
Colin Farrell shouldn't win the Oscar this year
Conor Mcgregor hit by car ‘at full speed’ while cycling
The JOE Friday Pub Quiz: Week 331
Man wins $1m on lottery ticket after someone pushed in ahead of him in queue
Close call as Paul McCartney tries to pose on Abbey Road crossing
You may also like
2 months ago
Conor McGregor slammed for Halloween photo of mum in 'black face'
5 months ago
Conor McGregor to make film acting debut in Road House remake
2 years ago
Conor McGregor responds to Paschal Donohoe’s calls to encourage social distancing amongst Irish public
3 years ago
"I was in the wrong" - Conor McGregor apologises over incident in Dublin pub
3 years ago
Charges dropped in Conor McGregor phone-smashing case
3 years ago
WATCH: New footage released of Conor McGregor allegedly smashing fan's phone in Miami
Next Page