INTERVIEW: We talk to the Irishman who is taking the wakeboarding world by storm

Brought to you by innocent drinks.

For an island nation, we don't produce quite as many watersports stars as you'd expect.

However, one Dubliner is making waves in international waterboarding and he's the leading light in a talented crop of Irish wakeboarders. David O'Caoimh ended last season as the European Wakeboarder of the Year and the European Champion for the second year running and achieved a number of high profile wins in the 2016 season. Not bad for a 23-year-old.

END_OF_DOCUMENT_TOKEN_TO_BE_REPLACED

He talked to JOE about becoming a professional wakeboarder and his hopes for 2017. So what exactly is wakeboarding for the uninitiated? 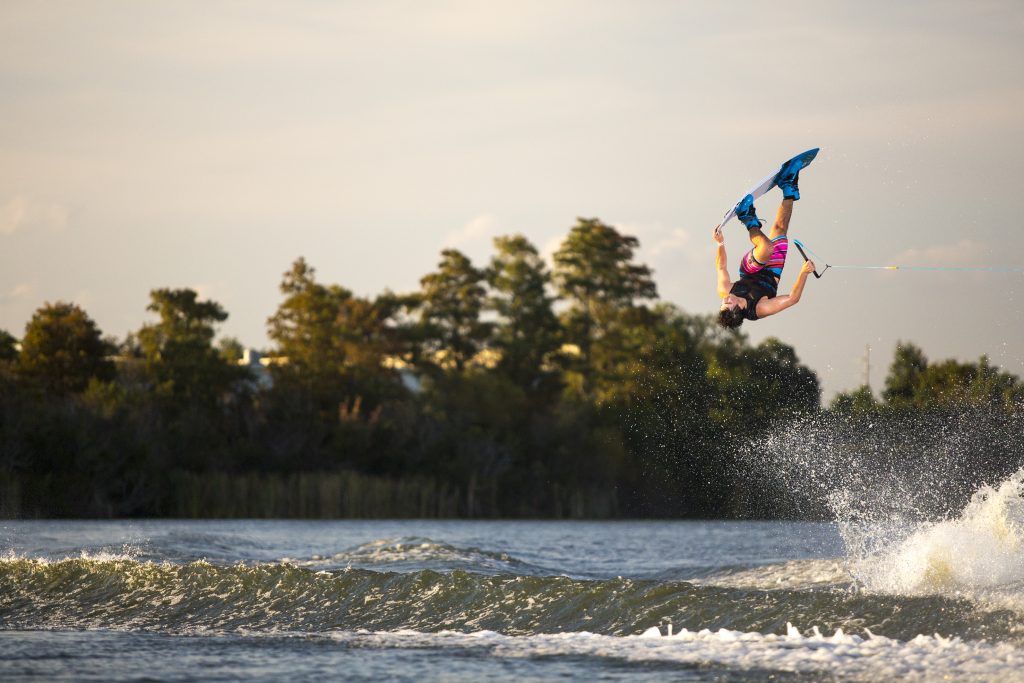 He points out that hard work and repetition are the keys to success when perfecting the skills and tricks needed to succeed. It's all about putting the effort in to achieve progression.

He got into it at an early age, thanks to his boat-owning neighbours.

"I’ve been doing it for 13 years," says David. "I started out waterskiing when I was five, 17 or 18 years ago. I did that for four or five years and then wakeboarding came about. The neighbours got a wakeboard and I just got completely into it. They had a boat and they first took us out when we were four or five."

END_OF_DOCUMENT_TOKEN_TO_BE_REPLACED

He soon began to excel in Irish competitions, qualifying for the Irish team that travelled to Qatar in 2007. He continued to compete throughout his teens, even after he started studying Economics in UCD. He was just 19 when he made the decision to turn professional, having secured sponsorship and broken into the international Top 10.

Taking that type of dramatic step was a testament to his teenage confidence and the strength of his self-belief. His bravery was rewarded in the intervening years as his decision to put the sport first was vindicated by results.

So how did his parents react to him dropping out of college to take up wakeboarding?

"Not great, to be honest!" David jokes, although he adds that they've always been totally supportive. "I don’t think they were too happy initially but now I think that they’d agree that I made a very good decision."

END_OF_DOCUMENT_TOKEN_TO_BE_REPLACED

Success soon followed. His professional lifestyle has let him compete on a more regular basis and steadily improve his results. Turning pro meant that wakeboarding became a job, as opposed to a hobby or a distraction. However, he loves being able to live his life on his own terms and do something he loves for a living.

"It’s an amazing lifestyle. It’s been insane. There’s endless travel, which is amazing. I now do my own thing but a lot of the time you’re travelling with the same people and you become best friends. You go into the summer doing events every week or two and you’re meeting the same people there."

So does he feel nervous before major events?

"I always say that pressure is for tyres!" he laughs. "You do feel nervous but I think I’m fortunate to be able to channel it into a good performance.

"I think it’s important to be confident and prepared. If you didn’t do tricks 100 times in training, you might feel nerves."

He's currently dividing his time between training and helping to coach young Irish wakeboarders. He trains on lakes in Cavan and Monaghan and at the Wakedock in Dublin's Docklands. Another unlikely training tool is a trampoline, which wakeboarders use to perfect their aerial tricks before trying them out on water.

David points out that the growth of cable wakeboarding in Ireland has exposed more people to the sport and Ireland is producing some seriously talented young wakeboarders.

2017 will be a big year for the Dubliner and he is already looking ahead to the big championships in the upcoming season. These include a chance to defend his European title, the World Games (which is like the Olympics for sports that aren't in the Olympics) and the biannual World Championships.

"If I could win one of those or even get on the podium, I’d be chuffed."

Having gone from strength to strength since turning pro, few would bet against the talented young wakeboarder who is flying the flag for Ireland.

Strength comes in many forms. It could be defining your future with a strong life decision, putting down that half-eaten chocolate bar or going longer than 48 minutes without checking social media. But what about outer strength? Luckily, our protein super smoothies are a mix of fruits and coconut milk, expertly blended with soya protein, which not only tastes great, it helps keep your bones strong and muscles healthy.

For more information about innocent Protein Super Smoothies, check out the website.

Brought to you by innocent drinks.

popular
Man arrested and charged for breaching Covid regulations in Kildare
QUIZ: Name all the countries of the EU that contain 2 vowels or less
The 50 most iconic songs of all time* have been revealed
QUIZ: Can you name all the teams in the NBA from their locations?
INTO calls on government to reconsider plans to partially open schools
This hidden Back to the Future 'mistake' has a subtly brilliant explanation
The JOE Friday Pub Quiz: Week 226
You may also like
14 hours ago
Irish workers urged to check if they are entitled to tax rebates now a New Year has arrived
5 days ago
Over $1 billion can be won from two US lotteries this week and you can enter both draws from Ireland
6 days ago
WATCH: New rap video for ‘Dry Ass Pinty’ will provide the kick you need to do Dry January
1 week ago
QUIZ: Can you name these smartphones with their logos removed?
1 week ago
A mysterious new trailer has landed for your first must-watch show of 2021
1 week ago
First-time buyers in the west and northwest: This virtual First Time Buyers Masterclass will kickstart your mortgage
Next Page