Ireland beat the holy hell out of an ordinary France side to ensure they go to Cardiff next weekend still in with a title chance.

Their comprehensive victory over Les Bleus, at the Aviva Stadium, laves them third in the standings but a win over Grand Slam-chasing Wales should put second-placed England under pressure going into the final game of the 2019 Guinness Six Nations.

END_OF_DOCUMENT_TOKEN_TO_BE_REPLACED

Ireland scored after only three minutes when Rory Best dotted down in the corner after a rolling maul. Ireland were in the French 22 for 51% of the first half but their dominance only showed on the scoreboard near the end of the first half, when Johnny Sexton then Jack Conan scored to make it 19-0.

France started the second half brightly but Ireland fronted up and eventually turned the tables. After another period of pressure, a smart Irish lineout saw CJ Stander find Keith Earls on the charge and the try-scoring bonus was secured with over 20 minutes left to play. Ireland pressed to improve their points advantage but it was Arthur Iturria, after Yoann Huget got over, that secured the game's final score.

Here's how we rated Joe Schmidt's men in green:

END_OF_DOCUMENT_TOKEN_TO_BE_REPLACED

A late call-up to the starting XV, started with a nice kick in behind French lines. was then fortunate Penaud knocked on when exposed by a smart cross-kick. Had the ball ripped off him near the French tryline, on 15 minutes. Neat footwork had France in trouble not long before Sexton's try. Hd the crowd on their feet with one brilliant line break that left four French players for dead and almost, almost resulted in a great try. 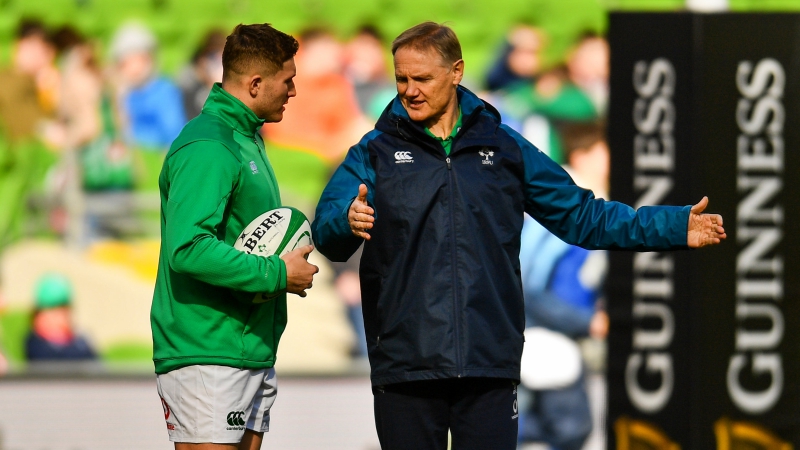 Cut inside, early on, for a lovely line break. Was teed up for a couple of cross-kick contests with Huget but only one could be considered 50/50. Cracking line and impressive speed to score from a move that started with him in the Irish lineout.

END_OF_DOCUMENT_TOKEN_TO_BE_REPLACED

Was bulldozed back by Bastareaud and had to juggle a couple of stray passes but looked lively. Came off second best in another coming together with the big French centre, when he was turned over, and was denied what would have been a great try by the video replays. Made a lovely blindside hit on Dupont to win his side a turnover. Nailed Dupont again to get Ireland a five-metre scrum but missed a few tackles and was penalised before being subbed off, late in the game.

Showed calmness and strength to retain the ball when he slipped taking a pass on his 22. Made 11 carries without much cutting edge and tackled well.

Was enjoying the physicality of it out there and put both Ramos and Penaud under pressure on kick-chases. Blew one opportunity when chipping a ball over the endline when one-on-one with his marker. Repeated the trick in the second half.

Lovely touchline conversion, on four minutes, settled nerves and helped him get into the contest. Really grew into this contest and was pulling strings, and pulling France apart, from 20 minutes on. Scored a classic, Leinster/Ireland loop try.

Johnny Sexton responds to French intimidation with this beauty of a try!pic.twitter.com/tdRJLD8vFV

Passing was scratchy in the opening 20 minutes and he did a lot of griping about French players slowing ball down. Good to see the box-kick causing trouble again.

May have been lucky to avoid sanction when he slapped out an admonishing hand, much to French annoyance. Nearly had a try when France stalled at the breakdown on their own line, but knocked on. French were trying to wind him up all afternoon. Missed a few tackles but solid in set-pieces.

Got over for his 10th Test try after three minutes of play. Lineout looked a lot better than in Rome, when Best was missing, but he was still guilty of an overthrow. Missed three of seven tackles attempted.

Much more like it from Furlong as he made a couple of strong carries and showed off his passing in a couple of moves that stretched France.

Great performance from Henderson. Full of physicality and bite. Drove many a French player back where they came from and carried well. Gave away a penalty, on 50, and was warned for back-chat.

Antoine Dupont knows not to try run out from behind his line when Ryan is around. Was another player that produced the good and won the physical battle against most that he came across. Up there with Stander for Ireland's best player.

Made for days like this. A nuisance to the French, in attack and defence, but he really stepped up at openside when van der Flier came off. Secured a couple of turnovers and got involved in a few of his customary jersey-grabbing dust-ups.

Was tipping away okay, without making any massive inroads, when a suspected knee injury ended his participation after 24 minutes.

Good to have him back. Led the way for carries and tackles as Ireland got comprehensively on top in the first 40. So vocal too. Beauty of an inside switch pass for Earls' try. One second half carry saw him swatting Huget and Ntamack away before Bastareaud pasted him. 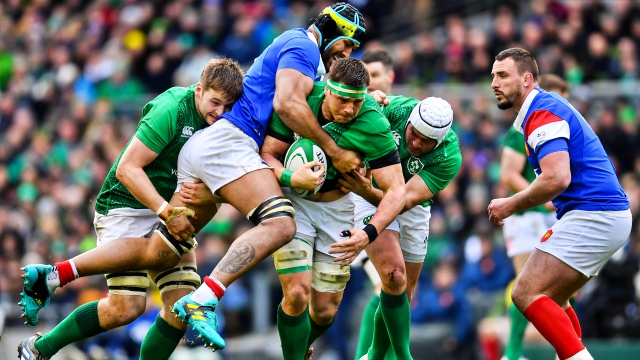 Has a habit of making greater impacts off the bench and so it proved again as he scored a try 10 minutes after coming on.

Moshed theFrench scrum when he came on.

One of his first actions was to dink a great ball in to pin France in their corner. Added real zip.

Had fun in those second half scrums.

Some good carries after his introduction.

We got the odd sight of Scannell being out-hooked at one scrum.

popular
The JOE Friday Pub Quiz: Week 300 - the Triple Century
Rain and thunderstorm warning extended to include 15 counties
One of the most underrated sequels of all time is among the movies on TV tonight
A classic Western is among the movies on TV tonight
Met Éireann gives update on weather warnings for this weekend
An underrated Jason Statham thriller is among the movies on TV tonight
New horror movie trailer has one of the best jump scares in years
You may also like
1 day ago
Eir prices to increase every April from next year
1 day ago
A hidden gem stands out at the top of TripAdvisor's list of the top 10 attractions in Ireland
2 days ago
Tomorrow is set to be the hottest day of the year but it’s not going to last
2 days ago
Varadkar defends volatile exchanges with Pearse Doherty, says they were "self-defence"
3 days ago
QUIZ: Can you name the 32 counties of Ireland in order of size from the biggest to the smallest?
3 days ago
Irish people are paying a hell of a lot more for alcohol than other EU countries
Next Page