"There is a bit of mystery around horse-racing, it is little men riding animals around a track! Call it what it is! That's bizarre"

We're just days away from the pinnacle weekend in the Flat season of Irish horse-racing, as jockeys here and abroad gear up for Longines Irish Champions Weekend, and Horse Racing Ireland (HRI) are bringing you closer to the action than ever before.

END_OF_DOCUMENT_TOKEN_TO_BE_REPLACED

There will be six Group 1 races run over two days in Leopardstown and The Curragh, with looser quarantine measures for international riders meaning a stacked field, intense competition and a weekend of classic racing.

Unfortunately, like so many other events up and down the country in recent months, there will be no spectators present in Dublin or Kildare this weekend, but HRI have plenty planned to keep you informed, entertained and most importantly glued to your seat for the entire weekend.

'The Champions Quarter' will provide analysis, insight  and much more across the two days. Daragh O’Conchuir will be the racing anchor for the weekend, and will interview the winning jockeys and trainers live on both days of racing.

Comedian Jarlath Regan will be going back to his roots, raised on The Curragh and with horse-racing coursing through his veins, hosting a number of different panel discussions with stars of the sport including Shane Foley and Jessica Harrington, as he looks at all things horse-racing from a different angle than most. 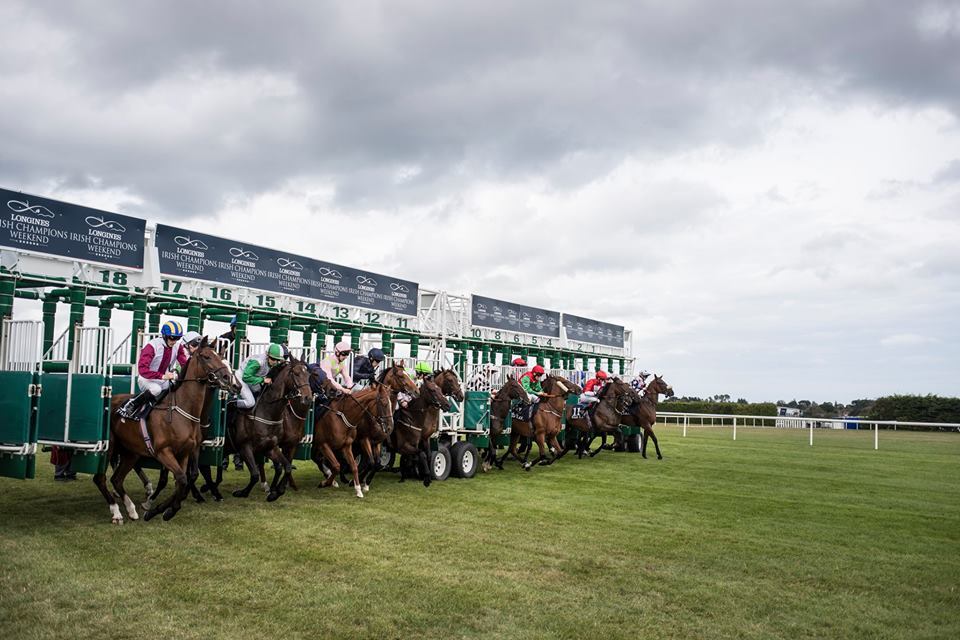 Speaking to JOE ahead of the weekend, Jarlath says it's a huge moment to have such a massive weekend in Irish horse-racing taking place after a tough few months for the industry and the country as a whole;

"There's a massive gratitude for that. I feel like we all have a greater respect for the things we took for granted, and this is one of them. This gradual return to normality or a sense of just being able to live is important for the morale of the nation."

END_OF_DOCUMENT_TOKEN_TO_BE_REPLACED

The comedian gave us an exclusive insight into what to expect from The Champions Quarter this weekend as well;

"Let's be honest, there is a bit of mystery around horse-racing, it is little men riding animals around a track! Call it what it is! That's bizarre... I'm absolutely fascinated by horse-racing, as should everybody else, by just that nature of this is an ancient practice that we have been involved in as a society for hundreds of years, and yet we don't know that much about it!

"So I really felt that my opportunity here for this weekend and The Champions Quarter was to try and be that guy, with a certain amount of knowledge and a little bit of background in it to ask the right questions of all these people."

There will also be an exclusive live performance from The Academic on both days to round out the action, what more could you want?

“Let’s be honest, there’s a bit of mystery around horse-racing, it is little men riding animals around a track!“@Jarlath is lifting the veil behind horse-racing ahead of the pinnacle weekend of the Irish Flat season.@IrishChampsWknd @HRIRacing #LICW2020 #EveryRacingMoment #sp pic.twitter.com/shRU68i4ER

END_OF_DOCUMENT_TOKEN_TO_BE_REPLACED

Join Fran Berry, Daragh Ó Conchúir and Jarlath Regan in The Champions Quarter where they chat to racing stars, get unique behind the scenes access with expert analysis, predictions on all the runners and riders and enjoy an after party with exclusive performance by top Irish band, The Academic over the two days. Follow Irish Champions Weekend on Twitter, Facebook and Instagram to catch all the live action!

House of Rugby Ireland · Munster's nail-biting win, European games in doubt and Darren Cave interview
popular
The JOE Friday Pub Quiz: Week 226
QUIZ: Can you pass your driving test and guess the meaning of all these road signs?
Recall of Pedigree dog food over safety concerns
QUIZ: Can you guess the drink from its can?
Bruce Willis asked to leave pharmacy for not wearing a face mask
Irish punters could turn €0.98 into hundreds of millions* with a bet on the Super Jackpot
Hands on with the Sennheiser CX 400BT True Wireless
You may also like
2 days ago
Over $1 billion can be won from two US lotteries this week and you can enter both draws from Ireland
3 days ago
WATCH: New rap video for ‘Dry Ass Pinty’ will provide the kick you need to do Dry January
4 days ago
QUIZ: Can you name these smartphones with their logos removed?
6 days ago
A mysterious new trailer has landed for your first must-watch show of 2021
1 week ago
First-time buyers in the west and northwest: This virtual First Time Buyers Masterclass will kickstart your mortgage
1 week ago
Two US Lottery jackpots this week are worth a combined $980 million! Here's how you can play from Ireland
Next Page