Were you one of the thousands of Irish fans cheering on the Boys in Green at Euro 2016?

If you were, then give yourself a pat on the back because your contribution to supporting Martin O’Neill’s men in France has earned an official award from UEFA that will be presented to the FAI next month.

Whether it was for cleaning up their mess, singing lullabies to a baby or rallying the players after defeat to France in the last 16, Irish fans made a massive impression on the tournament and were recognised the world over for their efforts. 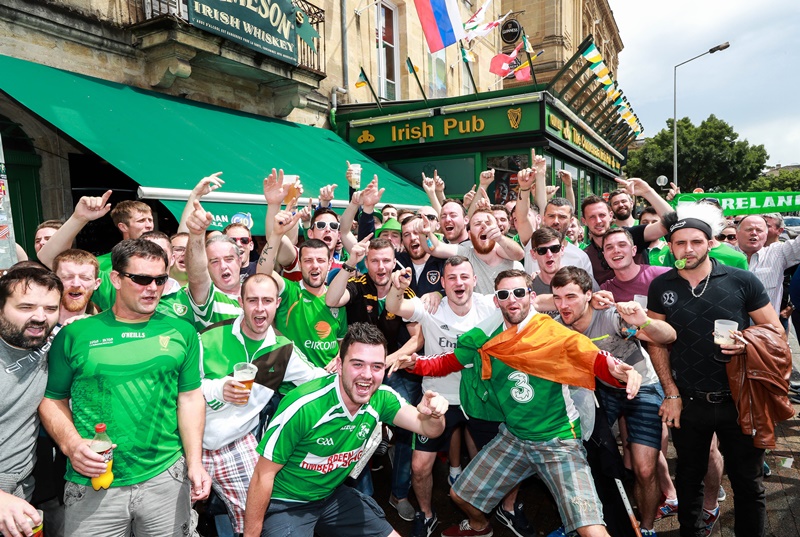 END_OF_DOCUMENT_TOKEN_TO_BE_REPLACED

Supporters from Ireland, Iceland, Northern Ireland and Wales were all recognised by the UEFA Executive Committee following a review of Euro 2016 and the respective associations will be presented with a commemorative plaque on the occasion of one of their upcoming home European Qualifiers played in October.

Ireland’s award is likely to be presented ahead of their World Cup qualifier against Georgia at the Aviva Stadium on October 6.

Commenting on the decision, UEFA President Aleksander Čeferin said: “UEFA EURO 2016 was a celebration of football and this is thanks in large part to the passion and dedication of fans at all stadiums in France.

“UEFA wanted to reward some of the groups of supporters that were particularly enthusiastic and passionate during the tournament so congratulations to the national associations who are receiving this award.”

popular
One of Keanu Reeves' best movies has just been added to Netflix
"Clear as daylight" that unvaccinated people are a risk to themselves and others - Taoiseach
The JOE Movie Quiz: Week 131
QUIZ: Do you reckon you can get 15/15 in this General Knowledge Quiz
A terrific crime thriller is among the movies on TV tonight
QUIZ: Can you get full marks in this General Knowledge Quiz?
QUIZ: Name all the countries that contain 11 letters
You may also like
1 month ago
The JOE Friday Pub Quiz: Week 264
3 months ago
Manchester City's Benjamin Mendy charged with four counts of rape
4 months ago
Michael Ballack’s son Emilio, 18, dies in 'quad-bike crash’
4 months ago
Five football documentaries to watch to kill time before the new Premier League season
5 months ago
Christian Eriksen stable but may not play football again, says sport cardiologist
7 months ago
Ryan Giggs charged with assaulting two women and controlling or coercive behaviour
Next Page