Three Irish lads managed to sneak into the $80,000 front-row seats at the McGregor fight without tickets

Even if McGregor didn't win on the night, some other Irish lad sure did.

19-year-old Limerick native Brían Grace got in contact with JOE to tell us his incredible story of how he went from having no ticket to being in some of the most expensive seats at the sporting event of the year.

Brían is in Las Vegas with his two mates for a week, and while his friends had tickets to the fight, he couldn't cough up the inflated amount for even the cheapest tickets, which he said cost around $5,000 by that point.

END_OF_DOCUMENT_TOKEN_TO_BE_REPLACED

However, his story kicks off at the weigh-in, which he also tried to get into, but doesn't have quite as happy an ending:

"I was caught in the toilets trying to open an air-vent. I wasn't arrested or anything, but they did take my picture, so I thought they was me done for the fight, too."

Not to be deterred, Brían powered on and arrived at the MGM arena nice and early yesterday to, as he put it, "find any weaknesses".

Turns out that the arena did have some pretty heavy security in place, but it just took a little bit of sneaky tactics to get around it.

END_OF_DOCUMENT_TOKEN_TO_BE_REPLACED

"There were two different security check-points. The first one was metal detectors and sniffer dogs. I hung around for a bit and then I noticed that Conor's family - not his close family, maybe his extended family, like his cousins or something - they all turned up. I was well dressed, so I just walked in with them, and there was so many of them that it wasn't a problem."

"Then I got to the second security check-point, and there was no way of getting passed without a ticket, plus I think Conor's family had noticed me so I just kind of separated myself from them."

"I was walking around a bit and I noticed this ladder just lying there by a door, so I picked it up and walked in, no security pass or anything, just straight through this door. Then I put the ladder down, found my mates inside and we played the waiting game."

At this point, Brian and his two mates were waiting for three seats to open up together, and they noticed that there were some front row seats that were empty. 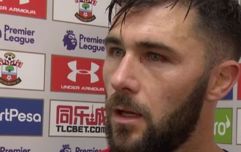 END_OF_DOCUMENT_TOKEN_TO_BE_REPLACED

"We asked around and someone said that those seats were going for $80,000 each, so we waiting for security to leave the area and we just went for it."

And that is how they got to the front row of the McGregor V Mayweather fight without a ticket. In the video below, you'll see Brian and his mates at the 13 second mark.

If you think that's where Brian's story ends though, then guess again.

"We all managed to get back-stage after the fight, and we got to meet Gerard Butler and Wesley Snipes. Didn't get to meet Conor himself, though."

The lads continued on to the after-party - which Brian tells us they actually did have tickets for - in the Encore Beach Club, and while Brian didn't get near McGregor himself ("He was up in the private pool and hanging around the decks."), he says he was sent a picture by one of his mates of them hanging out with McGregor's family.

How did their night go?

"I dunno, I still haven't found them."

Yep, sounds like an Irish night out in Vegas to us. 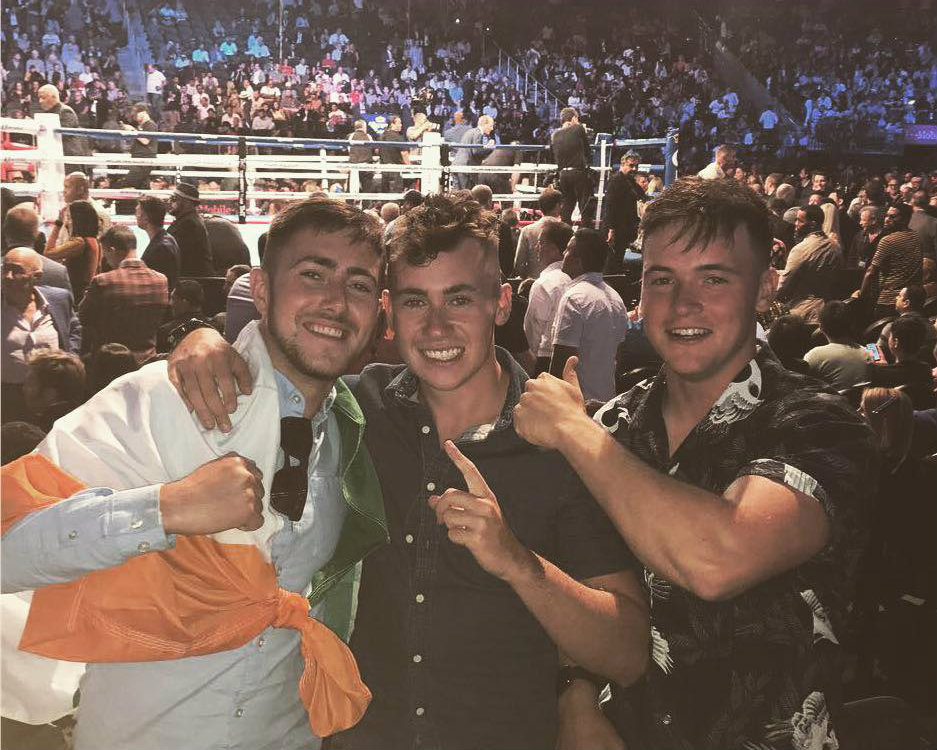 popular
QUIZ: A perfect score is highly unlikely in this tough General Knowledge Quiz
QUIZ: Can you get top marks in this progressively harder capital cities quiz?
Lidl to launch its second 'reverse vending machine' in Ireland next week
The JOE Friday Pub Quiz: Week 296
QUIZ: Name the TV show from the end credits production logo
Lidl announce a massive warehouse sale for one weekend only
Dublin's sixth 24-hour bus route launches today
You may also like
3 months ago
30 years ago, Arnie's biggest prank ended with Stallone's biggest flop
4 months ago
China gives Fight Club a new ending, manages to completely change the plot of the movie
6 months ago
Who tweeted it: Simu Liu or Rahul Kohli?
6 months ago
Cow escapes field, heads to resort and gets stuck on water slide
7 months ago
Drunk man reported missing ends up joining search party to find himself
9 months ago
WATCH: The interview between Niall Horan and Lizzo is an absolute flirt-fest
Next Page