Fair play to the lads at Nike, it didn’t take them long to come up with this one...

In case you missed the big news at Wimbledon today, reigning champion Roger Federer, the man who, along with Pete Sampras, has won more men’s singles tournaments at Wimbledon than anyone else, was today told he would have to change the footwear he wore in his opening match at this year’s tournament because the orange sole on his Nike shoes violated the 'predominantly white' shoe and clothing guidelines at SW19.

Sure, it’s fine that another player can play a match with his Twitter handle printed on his shirt, but arguably the best tennis player the world has ever seen has to change his shoes because of orange soles. The mind boggles, but rules are rules we suppose. 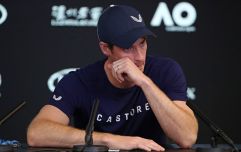 END_OF_DOCUMENT_TOKEN_TO_BE_REPLACED

Federer’s sponsors Nike couldn’t have been too happy that one of their products was the subject of a scandal in one of the biggest tennis events of the year but they managed to turn the controversy to their advantage with a quick-thinking and very clever advert that had the offending shoes as their centrepiece. 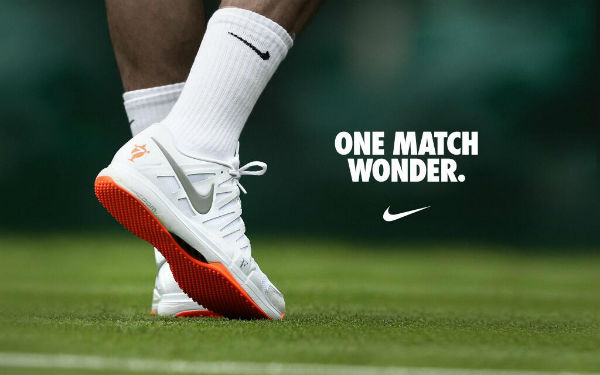 The Big Reviewski || JOE · Mortal Kombat director Simon McQuoid and new Sub-Zero star Joe Taslim on fatalities and fight scenes
popular
RSA confirm online theory tests to come into effect later this month
Micheál Martin says international travel could be possible by "latter part of summer"
Everything you can do from tomorrow as biggest easing of restrictions in months to take place
QUIZ: Can you identify the EU country of origin from these €1 coins?
The JOE Movie Quiz: Week 101
The JOE Music Quiz: Week 56
QUIZ: Can you identify which of these countries have the colour blue in their flag?
You may also like
1 year ago
The Serena Williams poll shows just how warped reality has become
2 years ago
Controversial Serena Williams cartoon not racist, watchdog rules
2 years ago
Roger Federer has defeated Serena Williams in a historic tennis match
2 years ago
“Nothing to do with gender or race” - Australian newspaper backs "racist", "sexist" Serena Williams cartoon
2 years ago
Serena Williams handed $17,000 fine for her conduct during US Open final
2 years ago
Serena Williams accuses umpire of sexism after receiving three code violations
Next Page