"It still hurts": 25 years on from Dublin v Meath - the greatest GAA saga of all

Twenty-five years ago what started out as a preliminary round Leinster Championship encounter between Dublin and Meath ended up changing Gaelic football forever, and scarring this young Dubs' fan’s heart for life.

END_OF_DOCUMENT_TOKEN_TO_BE_REPLACED

The saga involved four matches between two of the games fiercest rivals, resulted in me losing my part-time job, and introduced me to the type of pain normally reserved for life-altering events.

I was fourteen years old and was going to matches on my own for the first time. I had stood on the Hill before with my dad – most memorably during the 1989 All-Ireland semi-final – but never unaccompanied. It was a wet miserable day in early June 1991 and myself and my friend Brendan found ourselves cheering on the Dubs for what we hoped would be a win over the team we loved to hate. 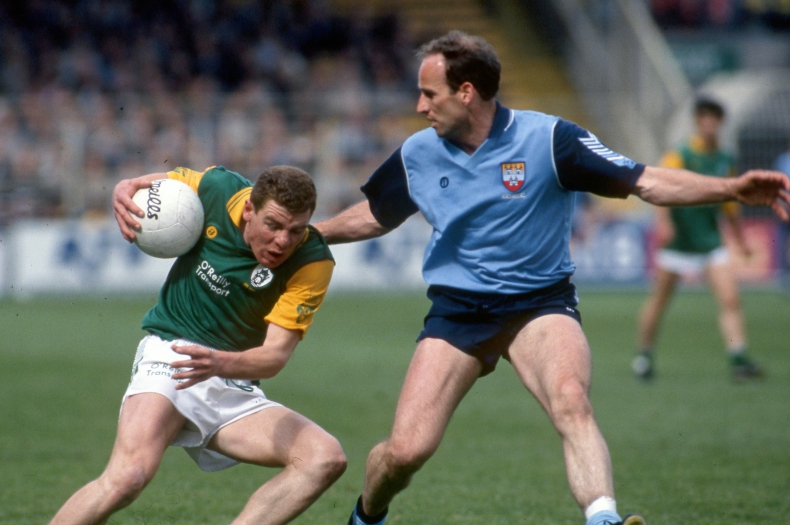 END_OF_DOCUMENT_TOKEN_TO_BE_REPLACED

Dublin and Meath games had everything. It was country versus city, brawn versus guile, outsiders versus establishment, green versus blue. They were tough and uncompromising and died for each other.

We thought they were dirt. Our natural right as Leinster kingpins had been robbed of us almost every year since 1986 and it hurt. It hurt a lot. There was a classic Leinster final win against them in 1989 but they had won two All-Irelands in a row by then. We hadn’t won one since 1983.

At that time we cheered for every county that played against Meath. We took no pleasure in seeing our closest neighbours bring glory home. They were a side filled with hate figures and we sang our distaste at every opportunity. At the time I thought Mick Lyons should have be tried in the Hague for crimes against humanity.

END_OF_DOCUMENT_TOKEN_TO_BE_REPLACED

This was do or die stuff. No second chances. Winner would take all.

In hindsight the GAA needed this game as they were probably assessing how to respond to the euphoria that had swept the nation in 1990 as the Irish soccer team performed heroics in the World Cup. Maybe Gaelic football needed to re-establish itself in the face of a surge of enthusiasm for a game which was now reaching parts of the country which were normally soccer blackspots.

They didn’t know their luck. The most compelling clash in the history of Irish sport was about to reveal itself. 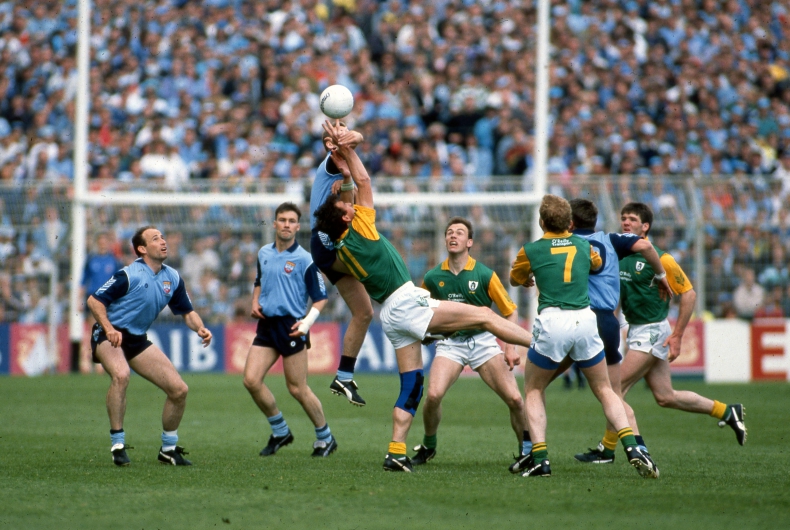 I was supposed to be working my part-time job that day in a local newsagent in Malahide. The famously cranky owner was unimpressed by my request to leave an hour early so I could go to the Dublin game. My small mistakes (giving wrong change / inability to work the ice-cream cone machine) often provoked mouthy chastisement so I didn’t enjoy the job at all. For some reason that Sunday he decided after another minor infringement to tell me not to come back after my day’s work was done. He said this every week. But this time I took him up on his offer and walked out of the shop. And headed straight to Croke Park.

Well, I headed straight to Croke Park after explaining what had happened to my less than impressed parents!

Dublin should have won that first day. Only a Colm Coyle bouncing effort from out the field rescued the draw for Meath. A draw was an unusual result but it meant a replay and another day out on the Hill. 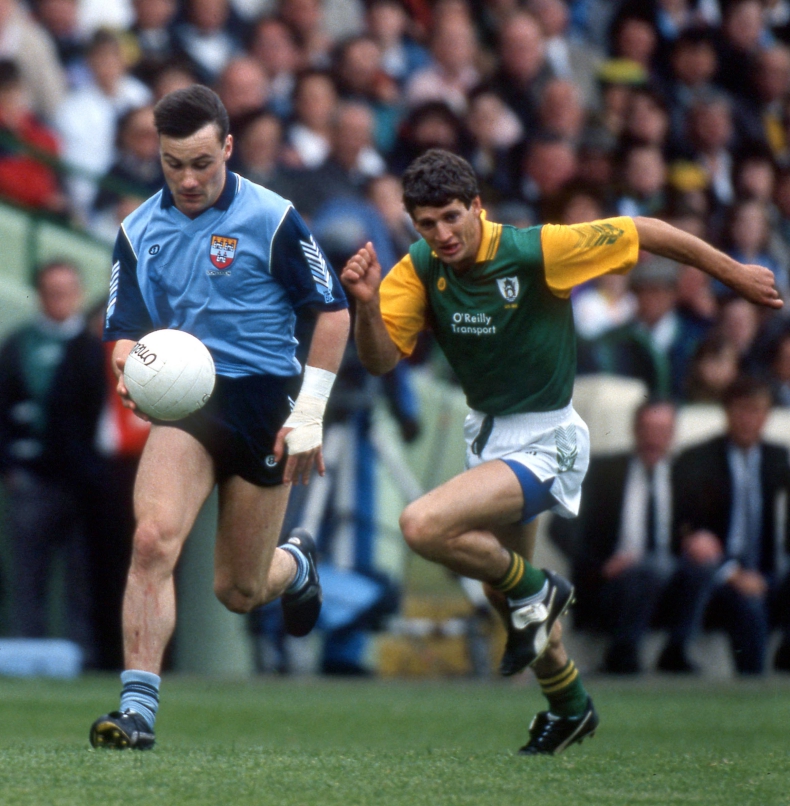 The second and third day

Extra-time. Level again. Another replay. This is a big story now and a ticket scramble begins.

Dublin should have won the third day. At least that’s my memory of it. A third trip to injury time and a Paul Clarke goal sent us into raptures. We were on the Canal End amongst rival supporters so the uncensored abuse that is licenced on the Hill was internalised. Another draw. Another replay. This was the only story anyone wanted to talk about. 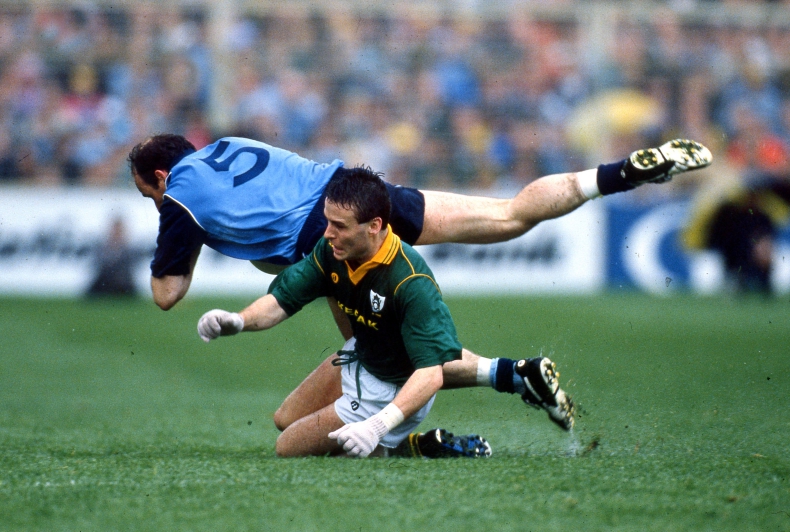 We were three points up

I missed the fourth game. I was in the Gaeltacht in Connemara. But we were allowed watch the game on television in a hall surrounded by mainly non-Dub supporters. One of them was a fourteen year old Trevor Giles who I was pally with that summer. I never found it easy to hate him when he later wore the green of Meath!

Dublin should have won the fourth day. The second half penalty would have sealed it. Keith Barr stepped up and I waited in Connemara with my heart beating at the base of my throat. RTE’s Ger Canning screamed “IT’S A GOAL” and I roared and danced around the hall arms aloft.

I never heard him correct himself. It wasn’t a goal. He had missed it. With seconds to go we were three points up. The day was glorious. The Dublin jerseys looked magnificent in the sunlight. This was wonderful tension but there was a creeping realisation that Dublin were about to set off on a glorious odyssey to reclaim Sam Maguire.

Finally leaving the hated Royals in our wake. Coming out on top in the greatest tussle in GAA history. This was what we had prayed for. We were three points up.

Then my world came crashing down. 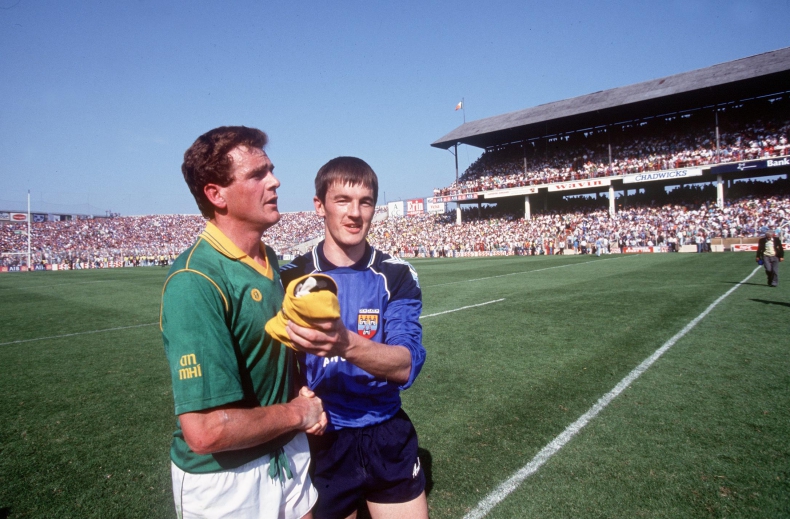 I can still feel the sensation of being run over by an articulated lorry’s worth of nerve-severing pain.

I literally couldn’t breathe. I was completely confused. And I couldn’t speak. For at least an hour. My heart broke in two. I was absolutely devastated.

No come back. No second chance. They had won. We had lost. They go further. You don’t.

From the high of liberation came the cold and sudden realisation of death. Like escaping prison after a great injustice had been done to you only to be killed by a toppling prison wall.

Losing the All-Ireland Final the next year in 1992 felt like get a kick when you were already down. Standing on the Hill that day I was disappointed but I was punch drunk by that stage.

Twenty-five years on we’ve won countless Leinster titles, five League titles and three All-Irelands. But I’ll never get over that fourth Meath game in 1991. Never. When you’re fourteen years old there’s nothing in the world more important than football. Relationships, money, career prospects – these are meaningless to your average fourteen year old – and they’re particularly meaningless to a fourteen year old caught up in a month long epic saga which will make or break his little world. 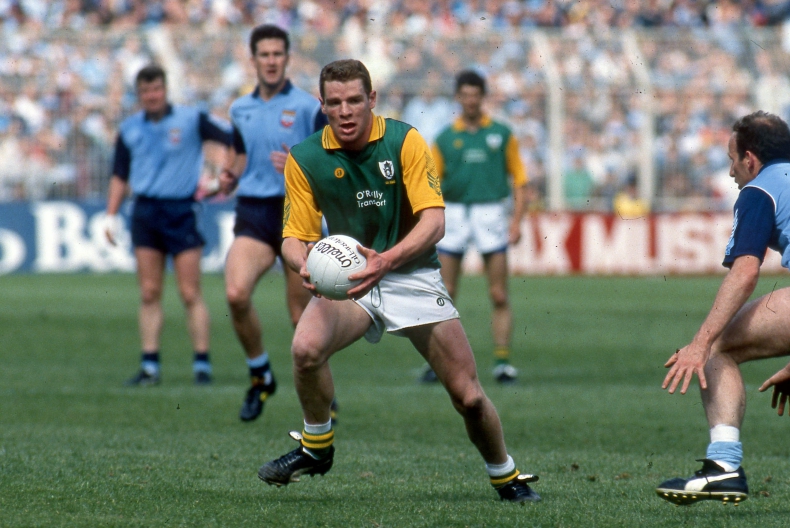 It’s different for those involved in these games – players and coaches can analyse what went right or wrong and try to remedy it the next day. There’s always another day. There’s always the next ball. But for a fan there’s a feeling of absolute helplessness. A sense that there is no way at all you can influence anything on the field, no matter how much blue you wear, how loud you scream, how much you care.

So congratulations to Meath because after all these years they can look back and smile at that wonderful summer of 1991. And maybe we have to thank both teams for reminding all of Ireland why the GAA is so special.

But it still hurts. And always will.

popular
Amazon Prime Video has just added 38 very big movies to its library
The Banshees Of Inisherin is arriving on Disney+ sooner than you might expect
U2 drummer Larry Mullen Jr. says band may perform without him in 2023
The 50 most iconic songs of all time* have been revealed
Mia Khalifa claims seaside town is better than Miami
Dissection of a woman's body to be shown on Channel 4 tonight in TV first
These are the 10 funniest jokes according to research
You may also like
2 weeks ago
Dublin nightclub suspends security guard following racism allegations
3 weeks ago
QUIZ: How well do you know the towns and villages of Dublin?
1 month ago
6 deadly whiskey distilleries and experiences to try out in Dublin
1 month ago
Man in serious condition following assault near Connolly Station in Dublin
1 month ago
Gardaí investigating "all the circumstances" following discovery of woman's body near Luas tracks
1 month ago
Two girls seriously injured in crash involving car and pedestrians on busy Dublin street
Next Page