Jack Colback, the Ginger Pirlo? Here are a few other 'Ginger' football nicknames down the years

This morning, Roy Hodgson claimed Jack Colback was known to some as the Ginger Pirlo, but that had to be a joke, right? Just like this list of other 'Ginger Xs'.

Yes, this morning at his press conference to name the first England squad after the World Cup, Roy Hodgson named Jack Colback and said that he had heard him referred to as 'the Ginger Pirlo'.

Like you, we've never heard it either, so surely this was a joke that simply got out of hand, but we expect to see lots of signs around St James' Park to this effect at the weekend. Andrea, we assume, is not impressed. 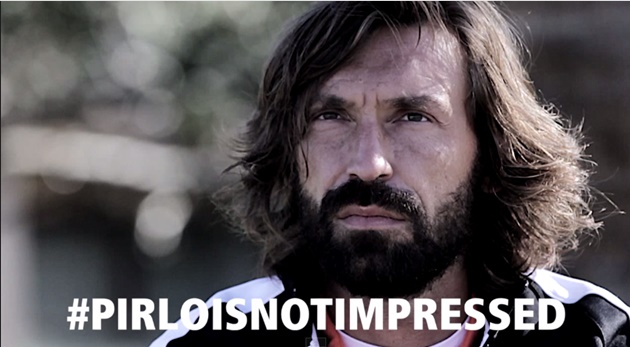 END_OF_DOCUMENT_TOKEN_TO_BE_REPLACED

Currently earning a crust at Chesterfield, the forward garnered the superb nickname following a virtuoso show against Liverpool in the FA Cup for Luton in 2008. The nickname hasn't really stuck, but it did earn him a link with a move to Brescia. Needless to say, he didn't join Brescia.

END_OF_DOCUMENT_TOKEN_TO_BE_REPLACED

One of our own and we suspect we might see this nickname aired again if he continues to play so well for Hull. The Irish international earned the name during his time at Sheffield United and his early season form this term at Hull could well see his old moniker get another outing or two.

If we start a chant at the Oman game next week you have to join in, right?

END_OF_DOCUMENT_TOKEN_TO_BE_REPLACED

This nickname has been passed around a bit, with Burnley boss Sean Dyche the latest incumbent of the complimentary tag. But for us the original and the best is Gary Megson, who earned the name in his days at Bolton, where the nickname was even sung from the stands when the team were doing well. It didn't last, like Megson in the Bolton job.

For his managerial feats at Parkhead, Neil Lennon was dubbed the Ginger Guardiola by some sections of the Celtic support. After being posted on a Celtic message board after the club finally won an away Champions League game against Spartak Moscow in 2012 the nickname caught on and we're sure there are some Ginger Guardiola t-shirts in the back of some folks wardrobes even as we speak.

After he opened the scoring for Fulham in their 2-0 win over Aston Villa in December last year, the first under Rene Meulensteen (remember him) one excited Fulham fan dubbed Sidwell the Ginger Iniesta and when he left the club following relegation this summer, the club's official statement refereed to him as such.

One was a world class striker who could even turn his hand to the art of defending - such was his all encompassing talent - the other was some Brazilian lad who your dad insists was a bit handy back in the '60s and '70s.

Who doesn't love the Doc? The Obafemi Martins of Irish football has been in a constant state of being 'only 34' for around 13 years now, and built his reputation as a defender turned striker turned defender.

It's hard to believe but he actually played 45 times in the Premier League for Spurs in between spells at Luton and Norwich, where he played most of his career.

Brought to the Club, initially on loan, from Aston Villa in January 2011, the ‘Ginger Iniesta’ became a firm crowd favourite courtesy of his work rate and knack for popping up with important goals.

Time for the Stoke fans to revive it.