Three decades after the male bobsled team made history in Jamaica for qualifying for the Winter Olympics in bobsledding, the women's team is following suit.

The iconic story, made famous by Disney's 1993 cult classic film Cool Runnings, showcased the story of four Jamaican bobsledders who dreamt of competing in the 1988 Winter Olympics, despite never having seen snow.

30 years after that incredible achievement, Jamaica's women's bobsled team have now stepped forward to claim glory at Pyeongchang in South Korea, where the Winter Games are being held this year.

We are feeling very Olympic today! 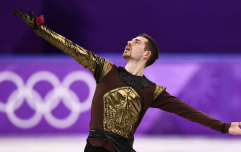 END_OF_DOCUMENT_TOKEN_TO_BE_REPLACED

The women's team sealed their qualification over the weekend, according to the Jamaica Bobsleigh and Skeleton Federation.

Now, pilot Jazmine Fenlator-Victorian, brakewoman Carrie Russell and Audra Segree are headed to South Korea to claim victory for their own.

Pilot Fenlator, who only became involved in the sport a mere 10 years ago, was actually born in the United States, but this year will be representing her father's homeland of Jamaica. 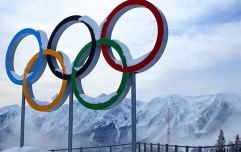 END_OF_DOCUMENT_TOKEN_TO_BE_REPLACED

After spending a few years as a brakewoman, Fenlator decided to make the switch to the driver’s seat. It's only her third season to do so, but the talented New Jersey native already has two World Cup medals under her belt.

The Pyeongchang Winter Olympic Games are scheduled to run from 9 February to 25 February this year.

popular
Harvard study reveals how many times men should ejaculate each month to stay healthy
Colin Farrell shouldn't win the Oscar this year
Parents left in shock after gorillas start mating in front of kids at zoo
Annie Wersching, best known for role in TV series 24, dies aged 45
The JOE Friday Pub Quiz: Week 331
Forspoken breaks the golden rule of gaming... and not in a good way
S Club 7's Hannah Spearritt and children left homeless after being forced from home before Christmas
You may also like
4 years ago
Teenage winter Olympian sleeps through alarm because of Netflix binge, still wins gold medal
4 years ago
This comedian's commentary on the Winter Olympics is the only commentary you'll need
7 years ago
The FIFA task force recommends Qatar World Cup to be played in Nov/Dec
8 years ago
Video: Winter Olympics Speed skating is a whole lot more entertaining when given the Mario Kart treatment
8 years ago
GIF: Sochi Olympics closing ceremony takes the piss out of opening ceremony gaffe
8 years ago
This Dutch coach is not a fan of American Football, calling it "a sport that sucks"
Next Page