McClean 'held his tongue', until now.

On the field, Kenny Shiels has done a fine job at Derry City as the club secured Europa League qualification on Friday night following their 2-1 win over Sligo Rovers at the Brandywell. After a brief period of flux, the Candystripes have re-established themselves as one of the best teams in the League of Ireland and the former Kilmarnock manager deserves immense credit for his role in this transition.

This being said, some of the attention from events on the field have been diminished by Shiels' frequent habit of providing 'interesting' quotes and statements to the media.

A few weeks ago, the Derry City manager described the Republic of Ireland as ‘England Reserves’ while also stating that the Northern Ireland team were ‘England’s Reserves, Reserves!’

Can imagine that those comments by Kenny Shiels won't be well received in Derry.

END_OF_DOCUMENT_TOKEN_TO_BE_REPLACED

Shiels also said that “international football is not what it used to be” and that there was “no pride in it any more because, once you have had a pint of Guinness, you could play for Ireland". As many of you will know, James McClean started his professional career with Derry City and is still a die hard supporter of the club - in fact, after Euro 2016, McClean immediately returned home to watch his former team in action.

Given that McClean is fiercely patriotic and committed to the Republic of Ireland cause, the comments that were made by Shiels didn't sit too well with the West Brom winger.

Speaking with the Derry Journal, McClean says that he deliberately chose to “hold his tongue” regarding Shiels’ “silly and stupid” comments until Derry City secured European football. 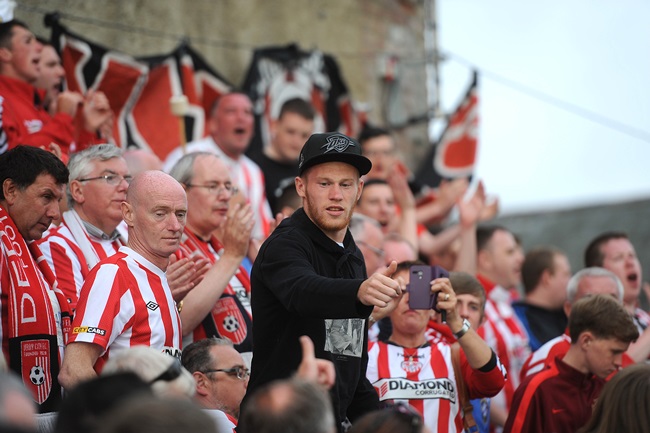 END_OF_DOCUMENT_TOKEN_TO_BE_REPLACED

“I’ve become frustrated and very disappointed reading some of the silly and stupid comments made by Kenny Shiels in the media,” McClean told the Derry Journal. “I remain a dyed in the wool Derry City fan. I really enjoyed representing the ‘Candy Stripes’ and to have successfully battled my way through to play international football for my country makes me feel particularly proud,” said McClean. “What right or what credentials does Kenny Shiels hold to make such ridiculous comments on international football. For me, playing in the Aviva Stadium in Dublin in front of thousands of people and wearing that green jersey means so much to me and my team-mates.

“I feel very proud and very fortunate to have been given an opportunity to wear that jersey. I do everything in my power to give 100 per cent when wearing it, so how dare Kenny Shiels make such ridiculous comments when he knows very little about playing international football.” 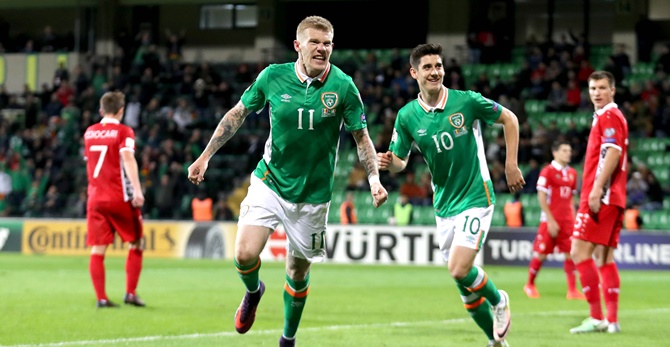 McClean added: “He said Italians and Scottish people play for Ireland, but so do players such as David Forde, Seamus Coleman, Wes Hoolohan, Stephen Ward, Daryl Murphy and myself, players who graduated through local League of Ireland football. “Talk is cheap, but every local player harbours an ambition to play at the highest level possible. I think Kenny Shiels has done himself no favours with these insulting outbursts regarding international football. “He’s actually been laughed at and ridiculed on television following the comments and I don’t believe a Derry City manager should be viewed as a comedian". 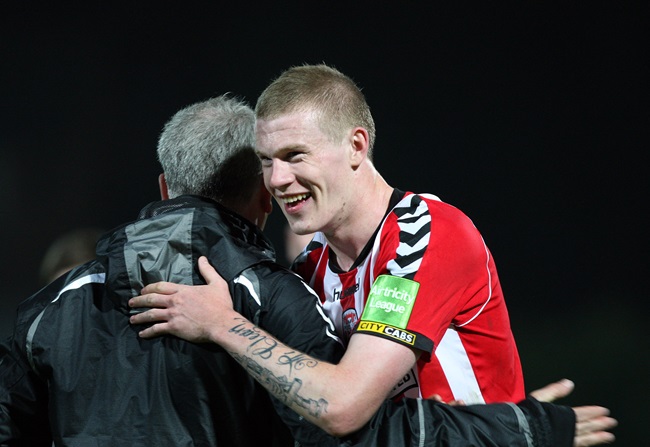 “I’ve noticed that he likes to make the headlines with some silly interviews before and after games, but I’m not prepared to let him belittle the strides Irish players have made in their careers by going on to represent their country. These are proud moments for the vast majority of players and moments that young players, such as myself, have long dreamt about.”

Despite his obvious anger, McClean remains a committed Derry City supporter and he offered a big congratulations to his former teammates on a fine season.

"I was very surprised, but delighted, that Derry finished in third spot. As far as I’m concerned, they’ve exceeded my expectations as I felt a mid-table finish would have been respectable. But the team has clearly punched above its weight and is fully deserving of such a high placed finish".