We all know someone who has suffered one of these knocks while playing our native sports...

Injury is part and parcel of life for a person playing hurling and gaelic football and at some point in a player's career they will be out for a spell of time with a knock. The advancements in sports science and methods of preparation has been a big help in terms of prevention but injuries are still something teams and individuals have to manage on a regular basis.

Some injuries are more prevalent in the sport than others so JOE and Euromedic Ireland have put together a list of five of the most common injuries in Gaelic Games. 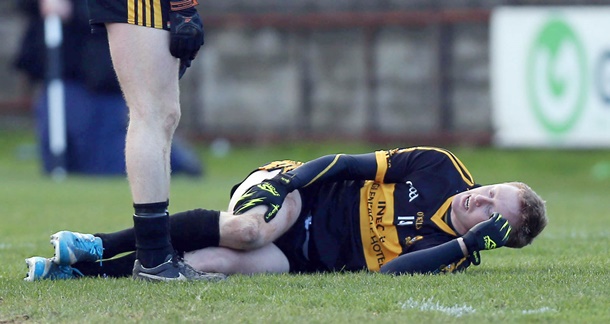 END_OF_DOCUMENT_TOKEN_TO_BE_REPLACED

The ACL is probably the most high profile injury in sport and Gaelic Games is no different. Kerry star Colm Cooper (above) is the latest big name to fall victim to it while Cork's Colm O'Neill and Kilkenny's Henry Shefflin have also suffered with the injury. The recovery time is usually between nine months and a year. 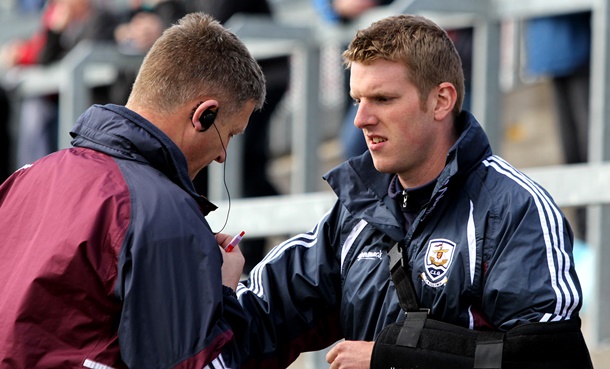 END_OF_DOCUMENT_TOKEN_TO_BE_REPLACED

If you consider the mechanics of gaelic football and hurling you can see why dislocated shoulders are one of the more common injuries because both games leave you open to picking up shoulder injuries.

You need to extend your arms while jumping for a ball in both sports and a high percentage of the time you'll fall out the ground after and you'll also be taking and giving shoulders during a game which could cause injury. Galway goalkeeper James Skehill (above) missed the All-Ireland Final against Kilkenny in 2012 with a dislocated shoulder after falling awkwardly in training, that just highlights how easily it can happen. 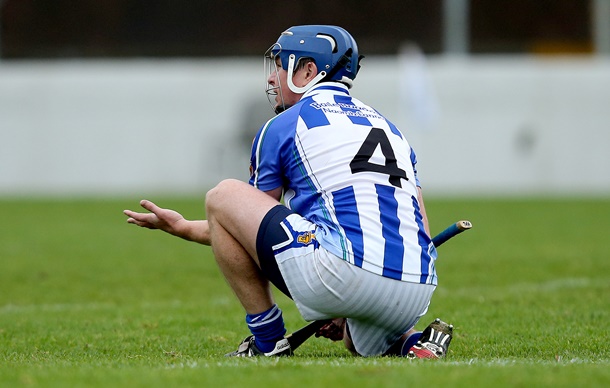 END_OF_DOCUMENT_TOKEN_TO_BE_REPLACED

Have a think about the concept of hurling for a moment. 30 grown men with wooden sticks hitting a small ball around a field wearing no protection other than a helmet... no wonder fingers get broken.

Former Wexford intercounty player Malachy Travers (above) is one of many hurlers who has broken a finger(s) during a game but more often than not the lads just get on with him. Some men in fairness. 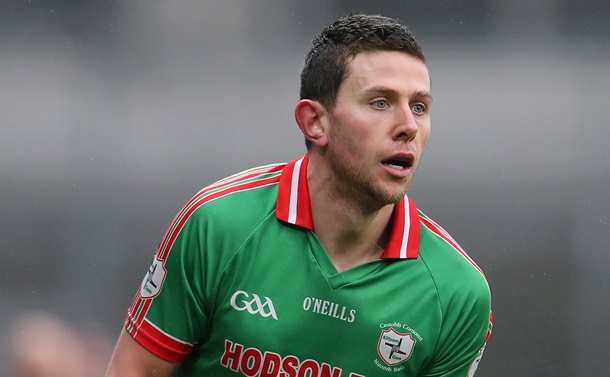 The topic of concussion is at the forefront of conversation about contact sports at the moment. There's been number cases in the NFL in the States but it's also a big issue in gaelic football and hurling.

Former Roscommon footballer Karl Mannion spoke about it recently on a Second Captains' podcast and his insight into concussion is fascinating. It's something that needs to be taken very seriously and thankfully players, coaches and medical staff all seem to be doing so. 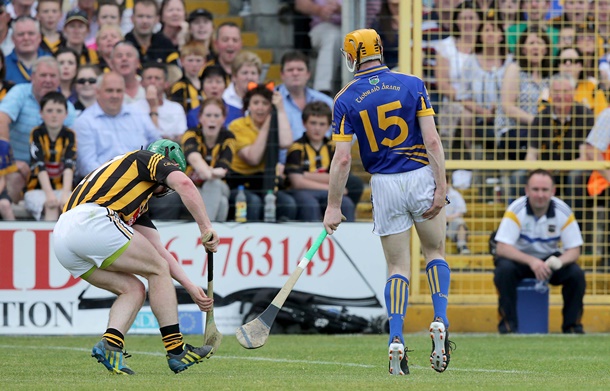 The old hamstring injury. If you don't warm up those hammies there's a good chance you'll feel the twinge during a game. Preparation of GAA teams now is up their with any professional sport so hamstring injuries seem to have been figured out a little but they're still one of the most prevalent in the sports.

They seem to hit the more pacey players and the likes of Tipperary's Lar Corbett (above), Kerry's Darren O'Sullivan and Donegal's Karl Lacey have all suffered with their hamstring in recent times.

Euromedic is Ireland’s leading provider of Medical Scans.  Located in Dublin, Cork, Kilkenny, Sligo and Belfast Euromedic Ireland offers fast and affordable medical scans with results within 48 hours.  They have just opened in Dublin City Centre at The Meath Primary Care, Heytesbury Street, Dublin 8. So why wait for a scan? Book yours now at www.euromedic.ie or LoCall 1890 400 444.

popular
QUIZ: Test your knowledge with this Ultimate Friends Character Quiz
Details of cash payments and Christmas bonus outlined in Sinn Féin’s alternative budget
The JOE Friday Pub Quiz: Week 313
House Of The Dragon is already better than Game Of Thrones
A brilliant psychological thriller is among the movies on TV tonight
One of the best films nobody went to see turns 15 years old this week
Amazon Prime Video has just added 20 very big movies to its library
You may also like
3 weeks ago
Roscommon GAA confirms investigation into alleged assault on referee during juvenile game
2 months ago
Looking for a hotel room for the All-Ireland Final weekends? It won't come cheap...
2 months ago
Taoiseach condemns "disturbing" fight at Galway v Armagh game
3 months ago
The 2 Johnnies share unbelievable catfish ordeal affecting over 40 people
4 months ago
Limerick hurler arrested following alleged altercation with Tipperary player in Limerick pub
5 months ago
Woman in her 20s dies after accident during Camogie match
Next Page