JOE chats to Steven Gerrard about being back in the Champions League, Mario Balotelli and playing against Roy Keane

In an Irish exclusive interview, JOE caught up with Liverpool captain Steven Gerrard for a chat about the new season, the ins and outs at Anfield, and what it's like to face Roy Keane on the pitch and in the studio.

Last week, JOE was lucky enough to head along to the Predator Instinct Live event in London, where we got to try out the boots, play the brilliant interactive game and catch up with Chelsea and Brazil midfielder Oscar for a chat.

We were also lucky enough to get a hold of Steven Gerrard for a few words and we asked the Liverpool skipper about their start to the season, the club’s transfer business over the summer, their return to the Champions League and how dealing with Roy Keane in the television studio compared to facing him on the pitch.

END_OF_DOCUMENT_TOKEN_TO_BE_REPLACED

JOE: You’ve had a decent start to the season Steven, apart from a tough experience facing the Premier League champions on their own turf. Did that go to show you the levels that Liverpool will have to reach if they’re going to challenge for the title again this season?

Steven Gerrard: Whenever a result doesn’t go your way, you always need to quickly understand why that was the case and try your best to learn from any mistakes that were made and ensure they don’t happen again.

The Premier League is a tough league and you need to constantly be learning and adapting to different challenges. Win or lose, that is always the case. We clearly did that by bouncing back in such a way to beat Tottenham in our next game. That for me is the key to challenging for trophies in this league.

JOE: Although the club have made plenty of signings, Liverpool are obviously going to feel the loss of a player as good as Luis Suarez. How sad were you to see him go during the summer and are you confident he can make a big impact at Barcelona, even with the likes of Messi and Neymar competing for places in the forward line?

SG: Suarez is one of the best players I have ever played with and did a great job over a number of seasons for Liverpool. Luis is an outstanding talent who will go on to do great things for Barcelona I’m sure. He is adding some great quality to an already strong side.

From our perspective, we have brought in Mario Balotelli who is an exciting talent and someone proven in the Premier League and across the world at the top level and, combined with the wealth of talent we have in the squad, I am confident that we are going to do well.

JOE: Without Suarez and with so many new faces coming into the side, do you foresee a change in the style of play that Brendan Rodgers might look to impose on Liverpool this season?

END_OF_DOCUMENT_TOKEN_TO_BE_REPLACED

SG: I don’t think we need to overly change the way we play or the mentality we have in the team. We have a talented squad and a great manager who reads the game well and always has us prepared for whoever we face. We have a confidence that flows throughout the side that I think will ensure we continue where we left off last season.

JOE: You mentioned Mario Balotelli and it’s a signing that obviously excites Liverpool fans. What do you think he’ll bring to the club and would you see the signing as a risk in any way given his history with his previous clubs?

SG: Balotelli is a great talent and a big personality. His confidence and focus is impressive and I think he will only add to what is already a strong squad, especially when it comes to the Champions League and the big occasions that will always call upon your more experienced players to step up and lead. 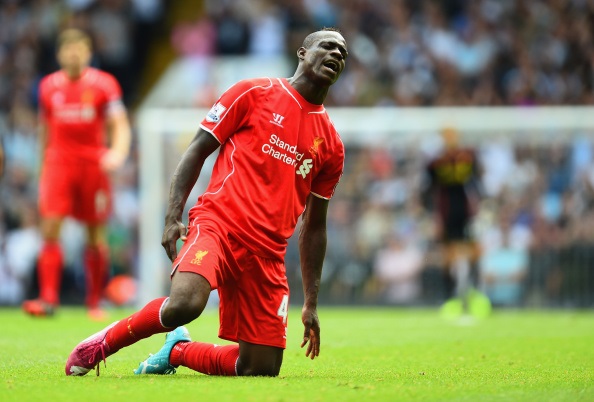 END_OF_DOCUMENT_TOKEN_TO_BE_REPLACED

JOE: You’re back in the Champions League for the first time in five years. Did you ever think you’d be out of the competition for so long and are you confident that you have the squad to cope with competing for honours on a number of fronts?

SG: As a club we have an excellent pedigree in the competition and many of the players have experienced this level of football with the club or at previous clubs, so that belief, combined with the new signings we have made, means I am confident we can challenge in all competitions we face this season.

JOE: Wayne Rooney has been selected to succeed you as England captain. Was that something you expected and do you think he has what it takes to succeed in the role?

SG: I think Wayne is an excellent choice as captain. Over the last few years he has grown in confidence and experience, so he is well placed as one of the more senior members of the squad to be an outstanding leader. Add to that his goalscoring ability and Wayne is all set to be a key part of the England set up for many years to come. 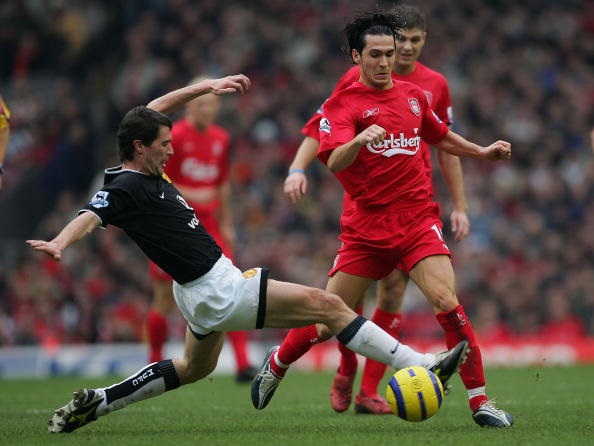 JOE: You've seen your mate Jamie Carragher move into punditry and you’ve dabbled in it yourself. Do you think it's something you're interested in doing after you finish playing?

SG: I haven’t really given it much thought to be honest. I am focused on playing for Liverpool and feel that this team has the potential to achieve great things over the next few years, so I am focused on that goal. I like the idea of coaching but have also done some punditry work, so again, I wouldn’t discount anything when the time comes.

JOE: Speaking of punditry, what was more intimidating, playing against Roy Keane or having to sit alongside him in the studio as a pundit?

SG: Definitely playing against him. Roy is a great guy but on the pitch he was a handful.