It’s taken me a couple of weeks to actually sit down and write a final blog. I don’t know whether I needed distance from the fight and the whole experience, or was just still pissed off that I lost.

Well, even now, two weeks later, it’s still difficult to write. The long and short of the fight is that Alex threw heavy at the start, landed a bunch and nearly knocked me out. I managed to recover and push back in the next two rounds, but the damage was ultimately done and I lost the decision. I can talk about how 'I only had three months proper training' all day long, or about how I 'hung in there' at the start after the initial thirty seconds of punches - but it doesn’t really mean anything, because at the end of the day, I still lost the fight. 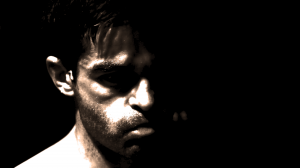 END_OF_DOCUMENT_TOKEN_TO_BE_REPLACED

Pic via From Afar Productions

The days following the fight were strange. Immediately afterwards, Owen had said some incredibly nice things - as did a barrage of well-respected professional and amateur fighters. Generally, the response was as positive as it could have been. Owen was 100% correct with the match-up, and I'm glad that I fought someone as good as Alex and not someone who I could’ve walked through.

I trained my absolute arse off for 12 weeks. I wasn’t really my normal self for the majority of those weeks and I was, quite literally, a shadow of myself when it came to the weigh-in. But would I change anything about the months leading up to the fight? Not a damn thing. 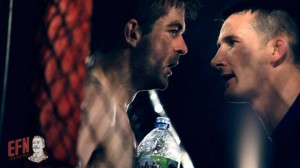 END_OF_DOCUMENT_TOKEN_TO_BE_REPLACED

I generally feel like I went through something utterly life-changing and something that gave me a level of clarity and perspective that I’ve never had, not after any ultramarathon, not after any other endurance event that I’ve taken part in over the last few years. I wasn’t happy with losing but, as bullsh*tty as it sounds, I found out quite a bit about myself – the most important one being that I can take a hell of a punch and keep pushing. What else is there to fear after finding that out?

Because of the documentary, there was a lot of pressure on me. Radio stations caught on to what we were doing through JOE and the guys in From Afar Productions. I found myself being interviewed on national radio and TV quite a bit, but I only ever really felt comfortable when I could make it about the people who I felt deserved it. That was the kicker, really: Owen Roddy is a far more interesting central character for any documentary than I’d be. So are Cathal Pendred, John Kavanagh, Chris Fields or any of the guys in Ireland who dedicate themselves to this incredible sport.

As I write this, news has just broken that a Brazilian MMA fighter tragically passed away BEFORE a fight while trying to cut weight. Leandro Caetano de Souza passed away at 26 after passing out and never regaining consciousness. It's a horrifically tragic and sad - but ultimately, unusual - case. Weight-cuts are almost inexplicably tough, and that’s before you even get into the cage.

END_OF_DOCUMENT_TOKEN_TO_BE_REPLACED

These men are warriors. These men, in my experience of the past few months, are gentlemen. Regardless of the level that they fight at, they deserve the kind of respect reserved for champions. What they do on a daily basis has astounded me and it will continue to do so.

If I’ve realised one thing over the past few weeks, it’s that I have incredible friends and family who turned up in one form or another to support me. I want to thank every one of them for that.

But anything I did right over the past three months, be it fighting or otherwise, belong to two people. My incredible coach Owen Roddy and my girlfriend and producer Carol Beecher (except for that one time when she tried to get me to spar with Conor McGregor the week before his UFC fight). Without either of those guys, I’d still be talking about doing this, as opposed to just getting out there and doing it.

popular
One of the best movies of the decade has just been added to Netflix
Cristiano Ronaldo 'agrees £173m-a-year deal' with Saudi club
Country singer Jake Flint, 37, dies in his sleep just hours after his wedding
20 years ago, one of the best sci-fi movies of the 21st century was a box-office bomb
U2 drummer Larry Mullen Jr. says band may perform without him in 2023
Katherine Ryan says famous TV star is a ‘predator’ and everyone in industry knows
Surprise frontrunner emerges as potential next James Bond as producers 'love him'
You may also like
4 weeks ago
Conor McGregor slammed for Halloween photo of mum in 'black face'
2 years ago
Paddy Holohan has been suspended from Sinn Féin over his claims that "scum" underage girls were having sex with men and blackmailing them
3 years ago
Straight Blast Gym Ireland to open new location in Dublin this month
3 years ago
WATCH: Irish MMA fighter shares lovely video of him and his grandad singing 'Imagine' together
4 years ago
WATCH: Conor McGregor is beaten by Khabib Nurmagomedov as all hell breaks loose at the end of the fight
4 years ago
WATCH: The Irish have taken over Las Vegas ahead of the McGregor fight
Next Page