The comedian has given Beckham a £10,000 ultimatum ahead of the tournament

Joe Lycett has sent an email to David Beckham's PR urging them to respond to his ten-grand ultimatum ahead of the World Cup in Qatar.

The former footballer is a paid ambassador for the Qatar World Cup, and while the 2022 competition is just one week away there have been growing concerns about the nation’s criminalisation of homosexuality. 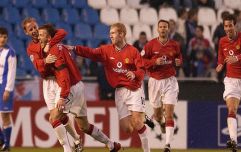 END_OF_DOCUMENT_TOKEN_TO_BE_REPLACED

In August, Beckham confirmed his reported £10 million deal with an advert promoting Qatar tourism released in September ahead of the major sporting event.

His involvement - and the lucrative deal - has sparked fury among many who accused the sportsman of choosing ‘money over morals’.

'Your status as gay icon will be shredded'

In a video message, comedian Joe Lycett addressed Beckham directly and called for him to end his relationship with Qatar. He said:

"If you end your relationship with Qatar, I will donate ten grand of my own money (that’s a grand for every million you’re reportedly getting) to charities that support queer people in football.

"However, if you do not, I will throw the money into a shredder at midday next Sunday, just before the opening ceremony of the World Cup and stream it right here. Not just the money, but also your status as gay icon will be shredded."

Lycett has now followed up with an email which asks Beckham's PR to explain why there has been radio silence on the matter. 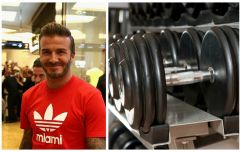 END_OF_DOCUMENT_TOKEN_TO_BE_REPLACED

He said: "I've managed to get myself into a bit of a pickle - I've been a bit daft and publicly announced that I'm going to shred £10k on Sunday if David doesn't end his relationship with Qatar.

"Could you do me a solid and let me know if there's a chance he might budge on his position."

Read the email in full below:

An email to Beckham’s PR. Less than 4 days to go. #benderslikebeckham 🌈 pic.twitter.com/ANikkvfFjw

A day out from the tournament kicking off, he sent this image of his ultimatum cash:

popular
5 years ago, Hollywood took a massive gamble on a huge sequel... and lost big time
Netflix has just added 12 very big movies to their library
One of the most underrated crime thrillers of recent years is among the movies on TV tonight
Netflix backtracks on anti-password sharing measures following user outcry
Tom Hardy set to play Hannibal Lecter-type serial killer in new series
The 50 most iconic songs of all time* have been revealed
Netflix has just added one of the funniest shows of the last 10 years
You may also like
1 month ago
David Beckham issues statement about that Joe Lycett video
2 months ago
Chris Evans has been named the 'Sexiest Man Alive' for 2022
1 year ago
Ed Sheeran says Game of Thrones cameo backlash ruined the experience for him
1 year ago
David Beckham to front new Disney+ football documentary series
1 year ago
David Beckham to be a football mentor in Disney+ show
4 years ago
David Beckham gets paid a stupid amount of money for his sponsored Instagram posts
Next Page