The IRFU have confirmed that Joe Schmidt will remain as coach of the Irish rugby team until the Rugby World Cup in Japan in 2019.

Schmidt has been in charge of the national side since November 2013 and oversaw back to back Six Nations Championships in 2014 and 2015, as well as Ireland’s first ever Test series victory in the southern hemisphere (Argentina, 2014) and a first ever victory on South African soil earlier this summer.

On Monday, the IRFU confirmed that New Zealand native Schmidt will continue in the job for the next three years, right up until the next Rugby World Cup, in Japan in 2019. 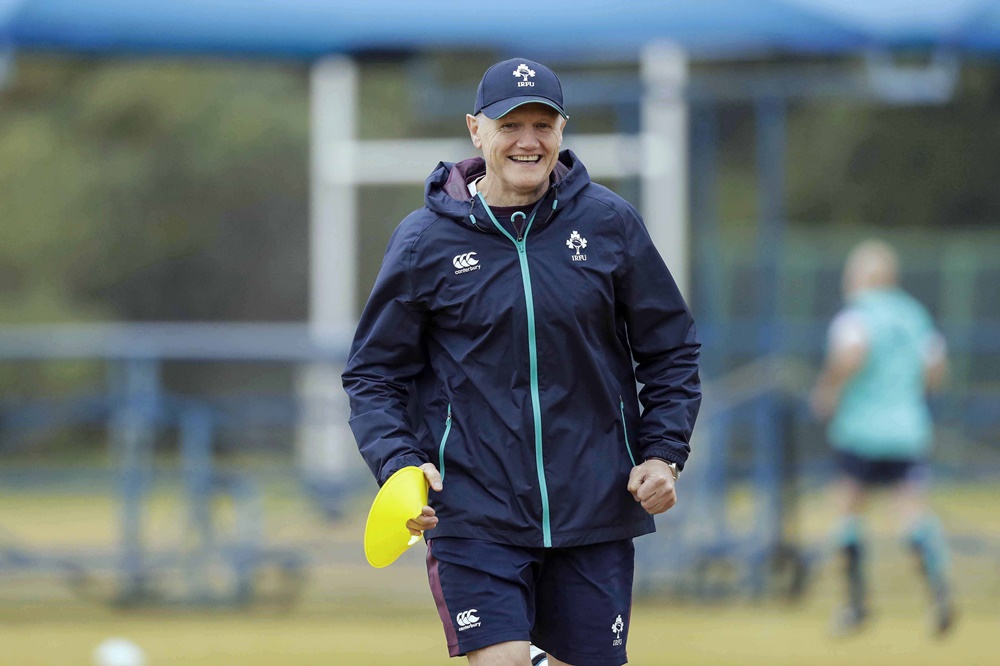 END_OF_DOCUMENT_TOKEN_TO_BE_REPLACED

Commenting on the news, Schmidt said: "I'd like to thank the IRFU for their patience and confidence as the decision to continue took somewhat longer than I'd anticipated.

“It is difficult at times being so far away from extended family but we appreciate how lucky we are to have the support we have here in Ireland.

END_OF_DOCUMENT_TOKEN_TO_BE_REPLACED

“The strength of the rugby community has been incredibly visible over the past week and the enthusiasm of management and players to improve and compete is complemented by a really positive camaraderie.

“The wider community has made us welcome and as a family we have benefitted immensely from their support.

“Looking forward there are positive signs with the U20s finalists at the Junior World Championships this year, the provinces topping three of the five European Champions Cup pools as well as Ulster and Leinster sharing the lead of the PRO12 at present.

“With the Guinness Series about to begin, facing a dominant New Zealand team along with Canada and Australia is going to be a tremendous challenge.”

popular
County where winning Lotto jackpot ticket worth nearly €9 million was sold confirmed
Netflix has just quietly added 30 big movies to its library
Welder awarded €15,000 for unfair dismissal despite admitting to drinking alcohol before work
Dublin Bus and boat involved in city centre collision
Netflix's new BIG scary show & 13 more new movies and shows to watch this weekend
10 years ago today, the scariest movie ever made (according to science) was released
Here's the line-up for this week's episode of The Late Late Show
You may also like
2 weeks ago
Iconic rugby commentator Eddie Butler dies aged 65
6 months ago
Scottish Parliament official dies during rugby game in Dublin
7 months ago
Every Guinness fan needs to try these brand new experimental beers
8 months ago
"Samaritans saved my life" - Brent Pope praised for honest interview on Tommy Tiernan Show
1 year ago
Craig Casey and Johnny Sexton combination backed for Italy clash
1 year ago
Defence grows for Billy Burns after one of the roughest days of his rugby career
Next Page