Dundalk are only two matches away from competing against the likes of Barcelona, Real Madrid and PSG in the Champions League. Incredible.

Leicester City will also be competing in Europe's biggest club competition but if the Lillywhites somehow manage to overcome Legia Warsaw over both legs, it will undoubtedly go down as a fairytale that can rival the achievements of Claudio Ranieri's side.

END_OF_DOCUMENT_TOKEN_TO_BE_REPLACED

As many of you will  know, it was only four years ago when Dundalk took on Waterford in a relegation play-off. How things have changed in that short time. With this in mind, here's some other remarkable one-off results that Irish clubs achieved in European competitions.

To give you an idea of just how impressive this result was, keep in mind that Deportivo had reached the Champions League semi-final the season before.

END_OF_DOCUMENT_TOKEN_TO_BE_REPLACED

Pat Fenlon's men were more than a match for the Spanish giants though as Depor's team included players like Juan Carlos Valeron, Walter Pandiani and Albert Luque.

In fact, Jason Byrne and Alan Moore missed two great chances to win the match for Shels. Needless to say, the 24,000 people at Landsdowne got good value for money having witnessing one of the best performances from an Irish club in Europe.

END_OF_DOCUMENT_TOKEN_TO_BE_REPLACED

Dave Barry was already a legend on Leeside, he won two All-Ireland medals with the Rebel County, but this famous goal against the German giants at Musgrave Park further cemented his hero status.

We wonder if Dave ever had to buy a own pint in Cork again after this long range strike?

Stefan Effenberg equalised for Bayern but Cork held on for an incredible result.

Prior to their 2011-12 European adventure, the Hoops had some memorable European nights after playing against the likes of FC Copenhagen and Juventus.

Few people could have predicted what unfolded in Serbia though, especially since the first-leg against Partizan Belgrade finished in a 1-1 draw at Tallaght. On the night, Stephen O'Donnell scored a dramatic winner from the penalty spot but the game in Serbia will always be remembered for Pat Sullivan's superb volley.

The win meant that Rovers became the first Irish team to ever reach the Europa League group stages where they went on to face Rubin Kazan, P.A.O.K and famously take the lead at White Hart Lane.

Yes this really happened. AC Milan, winners of 7 European Cups, were humbled by Athlone Town at St Mels Park in front of 9,000 people.

Athlone's achievement could have been even more remarkable had John Minnock successfully converted a 30th minute penalty. Despite the miss, Athlone demonstrated brilliant character and grit to secure a famous draw against the Rossoneri.

In 1976, Dutch football was the benchmark for how the game should be played. When PSV faced Dundalk, they included six full Dutch internationals that had performed brilliantly in the 1974 World Cup .

In the 6th minute, Oriel Park absolutely erupted when Seamus McDowall fired a 20 yard strike past the Dutch 'keeper Van Beveren. The Lillywhites managed to hold on until the 80th minute, but this draw was made even more impressive by the fact that PSV would go on to win the European Cup in the following season. 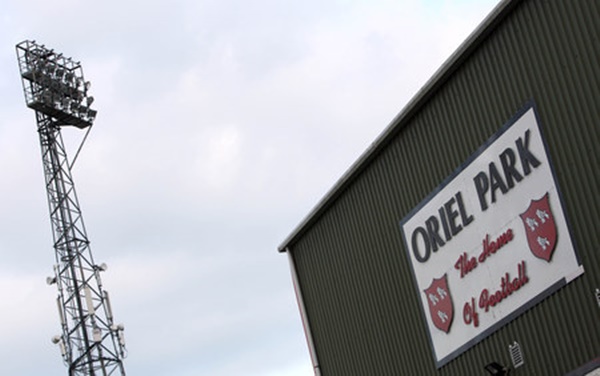 How Drogheda didn't win this match will forever remain a mystery. The Louth club showed tremendous character to draw level twice, thanks to a Shane Robinson penalty and an 88th minute Graham Gartland goal, but they had two more golden chances to win the match.

Kiev 'keeper Lutsenko made a mess of Robinson's cross only to see the the ball run agonisingly across the face of the goal. Seconds later, Adam Hughes somehow managed to blaze over when the goal was at his mercy.

We were in the crowd during Bohs' famous UEFA Cup run in '00 when the Gypsies knocked out Aberdeen and pushed Kaiserslauten to the limit in their own ground.

The German side won the Bundesliga in 1998, but two years later they were humbled by Glen Crowe's 37th minute winner.

The cult-hero should have grabbed a second goal in the 77th minute after a catastrophic mistake by Kaiserslautern's Egyptian defender Hany Ramzy, but their keeper somehow managed to block his powerful shot.

Celtic were expected to claim a comfortable win in Parkhead but Pat Dolan's side managed to keep Henrik Larsson and co at bay.

The Saints lost the return leg 2-0 at Tolka Park. 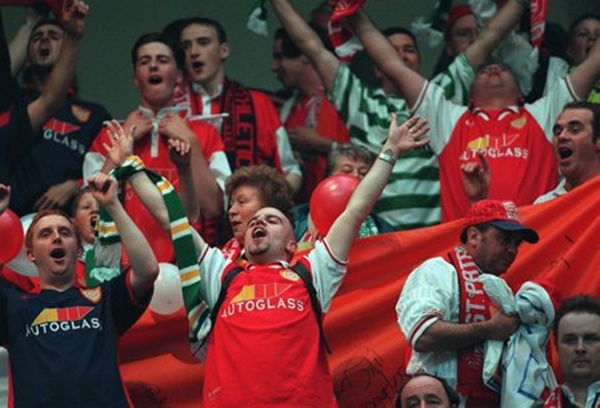 Stephen Kenny's men fought back from going a goal behind to record one of the most emphatic wins that any Irish club have registered in recent European competition.

A Darren Kelly goal along with a pair of braces from Kevin Deery and Ciaran Martyn left the big spending Scots absolutely hell shocked. The Candystripes went on to record another impressive result in the next round, holding French giants PSG to a 0-0 draw in the Brandywell.

Without a doubt, this was the finest hour in U.C.D's football history as the FAI Cup winners held an Everton side that would ultimately win the 1984/85 season English league and Cup Winners Cup winners.

In the return, Everton were booed off the pitch after they only managed to secure a 1-0 win thanks to Greame Sharp's goal.

A game that will live long in the memory of every irish football supporter because in previous seasons, BATE had beaten Bayern Munich, Roma and Athetic Bilbao in recent years. The Belarusians had also drawn with with PSG, Juventus and AC Milan.

Simply put, Stephen Kenny's men absolutely battered them from the very first minute with Robbie Benson and a Dave McMillan brace securing a famous win for the Irish champions.

All these without mentioning Sligo beating Rosenborg, Bohemians knocking out Rangers or Shamrock Rovers holding Bayern Munich in 1966. Bets of luck to Dundalk!