This month marks the launch of the adidas X and ACE football boots; we got a sneak preview and a chance to try them out out for ourselves.

When it was announced earlier this year that adidas would no longer be making the Predator boot, there was a bemused reaction amongst football boot fans, including myself.

After all, we weren't just talking about any old football boot here.

This was the adidas Predator.

This was the boot that revolutionised football.

The boot that Zinedine Zidane was wearing when he scored probably the greatest Champions League Final goal of all time.

The boot David Beckham was wearing when the word 'metatarsal' was seemingly invented.

The boot that is, no exaggerration, probably the most famous in the history of football boots.

It wasn't just the Predators either. The f50 range, worn by Lionel Messi amongst others, was also to be discontinued.

END_OF_DOCUMENT_TOKEN_TO_BE_REPLACED

As was the 11Pro, which could be described as a more modern version of the iconic World Cup boot. The Nitrocharge too.

To suddenly bring a halt to so many popular ranges of boot was a brave move by adidas, but a bold one too. If there was such a big deal made about the end of the Predator era, then there was bound to be massive focus on their replacements.

Late last week, I was lucky enough to try them out for myself.

With their new ranges, the ACE and the X, adidas are going by the logic that there are two types of footballers these days: those that control everything and those that cause chaos. 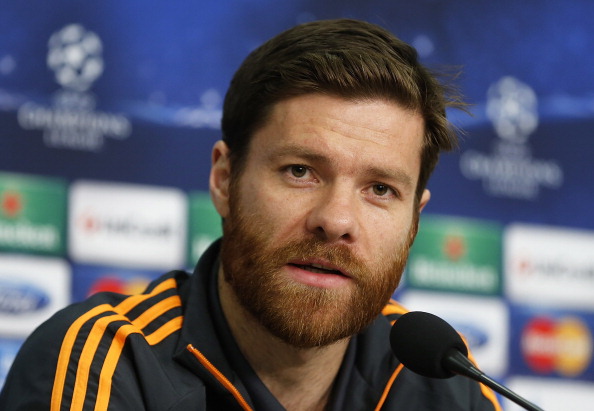 END_OF_DOCUMENT_TOKEN_TO_BE_REPLACED

Xabi Alonso and his Bayern Munich manager Pep Guardiola (who was part of the consultation process) are examples that belong in the former category; Luis Suarez is a prime example of those who belong in the latter.

Both the ACE and the X were on display in the very impressive adidas trailer that rolled into UCD in Dublin on Thursday, with Dundalk marksman Richie Towell among those on hand to help out with the launch. 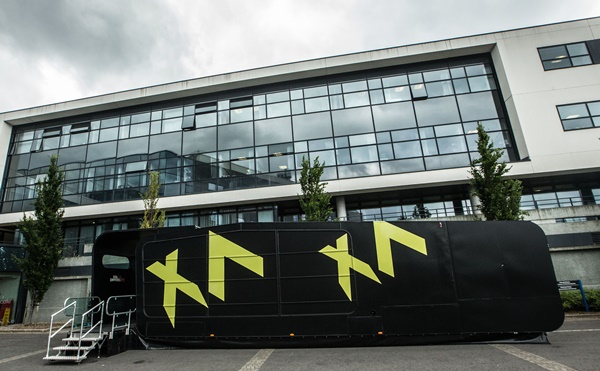 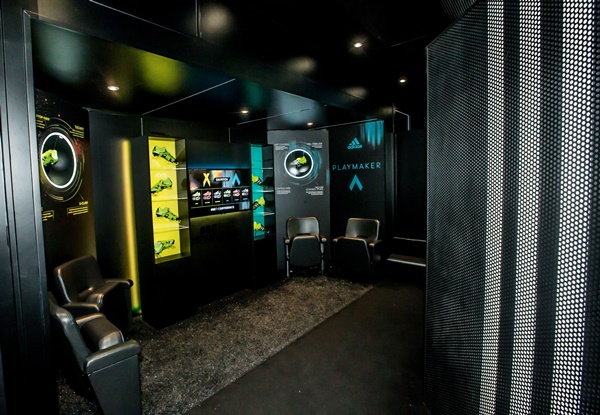 Technical representative for adidas Michael Fairhurst was also on hand to explain the idea behind the boots, the specifics of the design and to answer all the questions that a football boot geek like myself could throw in his direction.

So what exactly do the boots have to offer?

The most outstanding feature of the ACE, the boot with an emphasis on control, is a control web, which offers greater grip and greater control of the ball.

Lace up. Control everything. It's game day. #ACE15 #BeTheDifference #Chile2015

A new stud configuration - no need to worry about studs or mouldies, the ACE is suitable for all surfaces - enables players to put more studs on the ball, which is the perfect for the drag movements that you'll often see in a game these days.

Think Davor Suker's goal against Germany in Euro '96 and you're on the right track.

What hits you immediately about the X, on the other hand, is the way they look, which is perhaps fitting considering they're designed for players who cause chaos.

Similar to the ACE, the X has an X-claw stud configuration system which enables players to put more studs on the ball and an X-Cage, a lightweight structure which provides the ultimate support during high agility movements. 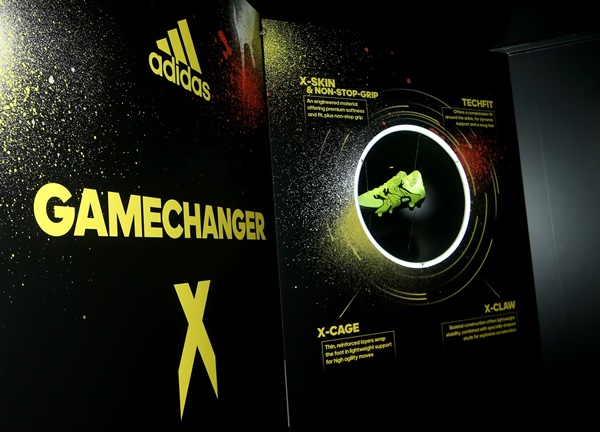 What most struck me when I tried them on was the level of comfort; the boot felt less like a football boot and more like a runner due to the techfit collar, an elastic sock built into the boot that provides compression around the ankle and a snug fit.

Both boots, as you might expect, are as light as a feather. Although boots now tend to be lighter than they've ever been, Michael assured me that weight is not necessarily the biggest concern in the design process. 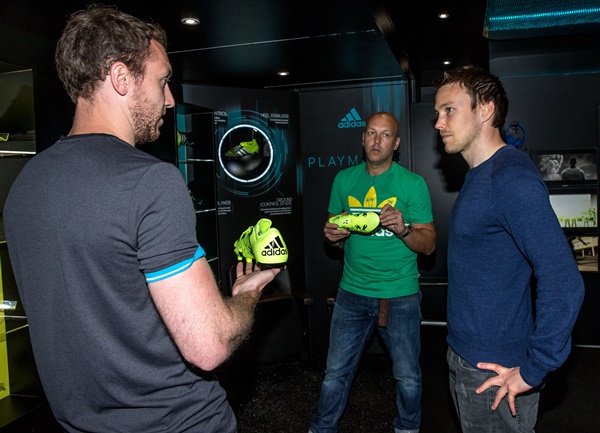 Comfort is a huge factor, as is responsiveness, and the boots go through a rigorous testing process before they're ready for the shop floor.

Knowing that Lionel Messi is adidas' most high-profile ambassador, I asked Michael what category does the little genius fall into. Is he an ACE man or an X man?

As it turns out, he's neither. "Once in a generation a player comes along that you just can't categorise and Messi is that player from this generation," said Michael, who talked me through Messi's role in designing his very own boot.

Built to win on the ultimate stage ?. Tomorrow night @leomessi laces up in #Messi15 for the first time in the #UCLfinal. #BeTheDifference   A photo posted by adidas Football (Soccer) (@adidasfootball) on Jun 5, 2015 at 12:03am PDT

The trailer that I was a lucky enough to get a look at it has been touring Premier League grounds in recent months and Michael reports that the feedback from players has been overwhelmingly positive and negative reaction to the dropping of the Predators has been minimal.

Like anything new, they'll take a while to grow on a new audience, but I was certainly impressed and, if pushed, I'd have to opt for the ACE ahead of the X, but only just.

Before I left, I had to ask Michael about the fate of my all-time favourite football boot, the adidas World Cup and it's moulded-stud equivalent, the Copa Mundial. 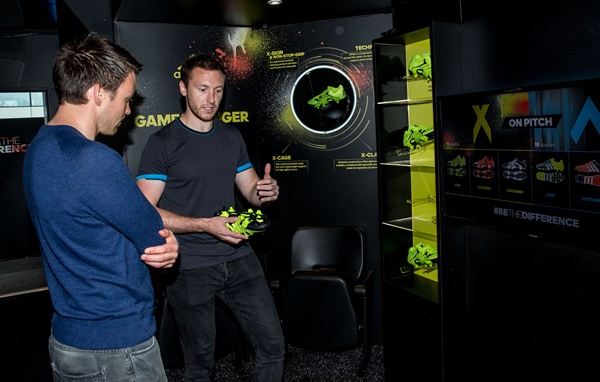 Were they about to go the way of the Predator and soon to be no more?

"Those boots are classics and they continue to sell really well to this day," Michael said.

"There are no plans to take them off the market anytime soon."

Thank God for that.

The new adidas ACE15 and X15 boots will be available from Liefstyle Sports outlets nationwide from July 1 and can be pre-ordered from the Lifestyle Sports website.

The Big Reviewski || JOE · The Big Reviewski with Y: The Last Man, that Malignant ending & a secret streaming service
popular
Aer Lingus announces flight sale as US to lift travel ban for vaccinated EU passengers
Cork City Centre described as a "no go area" after man pulled from wheelchair in violent attack
The Big Reviewski JOE Movie Quiz: Week 120
Wally the Walrus "well on his way home" after being spotted in Iceland
Fine Gael Senator says it's "not acceptable" Metro North could be delayed until 2034
The weather for the week ahead looks very autumnal indeed
Green Party Councillor calls for smoking ban in outdoor dining areas
You may also like
3 weeks ago
Manchester City's Benjamin Mendy charged with four counts of rape
1 month ago
Michael Ballack’s son Emilio, 18, dies in 'quad-bike crash’
1 month ago
Five football documentaries to watch to kill time before the new Premier League season
3 months ago
Christian Eriksen stable but may not play football again, says sport cardiologist
5 months ago
Martin Compston reveals moment he delayed Line of Duty filming to watch Scotland penalty shoot-out
6 months ago
EA Sports bans Irish FIFA player who racially abused Ian Wright for life
Next Page