How will the men from Limerick do this year? Here's our preview.

Colours: Home - All blue Away - All yellow

END_OF_DOCUMENT_TOKEN_TO_BE_REPLACED

After a long spell in the footballing wilderness, Limerick FC joined the big boys in the Premier League following promotion as champions the season before last (pic below). Under various guises over the years, Limerick has always had a proud League of Ireland tradition. Their maiden season back in the Airtricity League was all about consolidation and survival, a feat they achieved with relative ease. 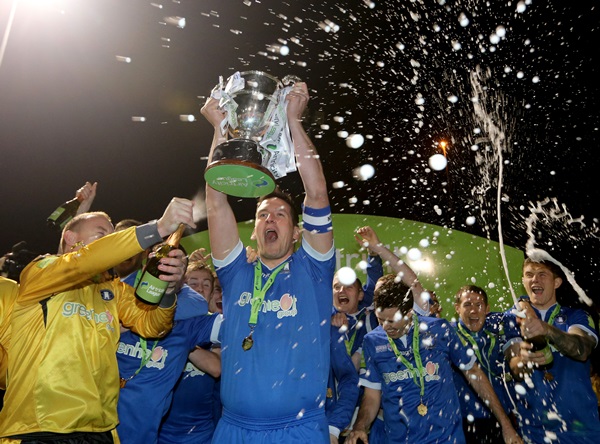 Arguably, they have the best home ground in the whole of Ireland as they play their home matches in the legendary Thomond Park, the home of the Munster rugby team. Stuart Taylor took over from Pat Scully who had got them promoted from the First Division at the beginning of last season. He is to be commended for keeping the men from the Treaty County away from the relegation dogfight by finishing a respectable seventh place.

Can Taylor repeat the heroics of last season and can he push the club on to bigger and better things this season? Much will depend on how well the new signings gel together. Their home record last season was fantastic and they will be looking to make Thomond Park a fortress once again.

END_OF_DOCUMENT_TOKEN_TO_BE_REPLACED

Local man Shane Duggan has signed from Cork City and becomes the new club captain. The vast majority of last season's squad has re-signed for this season. We think it might be difficult for the Limerick men to push on from last season and they could be involved at the wrong end of the table this season.

Did You Know?: In 1980 Limerick were drawn to play Real Madrid in the European Cup. The match was switched to the old Lansdowne Road in Dublin as their ground at the time, the Markets Field, was deemed unsuitable for such a prestigious game. Limerick scared Real that day and had a goal disallowed and suffered a very dodgy penalty decision. Madrid ran out 2-1 winners and won the return leg at the Bernabeu 5-1 in front of 60,000 fans. The following season, they were drawn against Southampton in the UEFA Cup where a certain Tony Ward (pic below) had a fine game in Limerick in a 1-1 draw with the Saints winning 3-0 in the other leg. 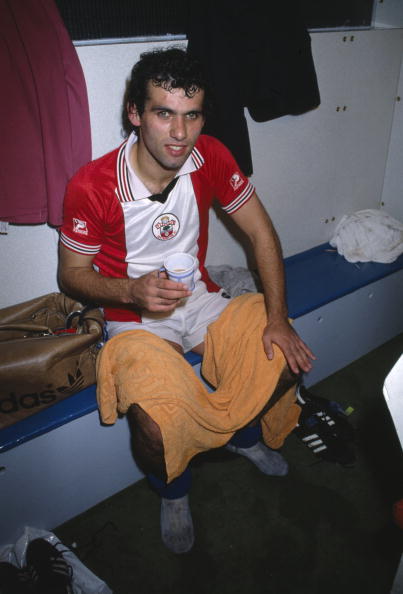 Hopes: Limerick would love to push on from last season, but we genuinely feel that, with only two new signings and some of last season's squad having left, they'll be involved in a relegation dogfight.

If they were a big European club: Atletico Madrid. A former heavyweight of the domestic scene now barging it's way back to the top table.

popular
RTÉ tries to solve Michael Collins murder in new documentary
QUIZ: Can you get top marks in this short but tricky Irish geography quiz?
4-year-old girl killed in Sligo caravan park named as Alice Dunleavy
Two long-thought-dead Marvel projects appear to be in the works
QUIZ: Can you score 12/15 in this difficult General Knowledge Quiz?
Family of Ashling Murphy share heartbreaking tribute at Fleadh Cheoil
QUIZ: Can you name all the counties in Ireland with an ‘N’ in their name?
You may also like
3 days ago
The JOE Friday Pub Quiz: Week 306
5 days ago
Rebekah Vardy breaks down in tears in first TV interview since Wagatha Christie defeat
1 month ago
Gary Lineker says he suffered racist abuse during football days due to "darkish skin"
2 months ago
Merseyside police defend ‘exemplary’ Liverpool fans tear gassed by French police
2 months ago
BBC trainee accidentally posts message mocking Man United live on TV
2 months ago
Kurt Zouma charged with three animal welfare offences
Next Page