With 107 wins, and 86 knockouts, Julio Cesar Chavez is a Mexican, and boxing, icon.

Revered like no other sports person in Mexico, Julio Cesar Chavez is one of the all-time greats of the ring. A quick look at the bald numbers tells you that. 107 wins from 115 contests. In his first 90 fights his record was 89 wins and a draw. He won six world titles at three different weight divisions and he ended 86 contests via knockouts. The little man from Ciudad Obregón, Sonora has some of the biggest numbers ever seen in boxing. 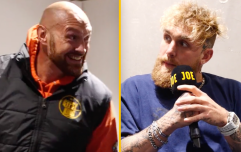 END_OF_DOCUMENT_TOKEN_TO_BE_REPLACED

Born in 1962, he was fighting professionally before he was 18. Growing up in an abandoned railway car, getting himself, his parents and his nine siblings out of poverty was his motivation to win in the ring.

And win he did, from day one. Chavez first became world champ in 1984, winning the vacant WBC super featherweight belt in a bout with fellow Mexican Mario "Azabache" Martínez. Chavez was the underdog that day, but he wouldn’t be one very often for the remainder of his long career.

After nine defences, Chavez moved up to lightweight and he won his first fight, taking the WBA lightweight belt from Edwin Rosario in 1987. By now, his phenomenal ability and power was earning him acclaim in the wider sporting world.

In 1990, still undefeated and now a light welterweight, he fought Meldrick Taylor for the IBF crown, a fight that preserved his perfect record in controversial fashion as referee Richard Steele stopped it, in Chavez’s favour, two seconds from the end of the final round. It was voted Fight of the Year by The Ring magazine and it would also end up as their Fight of the Decade. 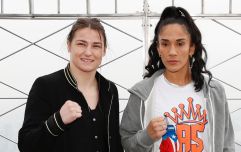 END_OF_DOCUMENT_TOKEN_TO_BE_REPLACED

The fight made Chavez a legend in Mexico and in 1992 he beat Puerto Rican Hector ‘Macho’ Camacho to cement his place as one of the best pound-for-pound fighters in the world.

With his record at 87-0, he moved up to welterweight, drawing with the brilliant Pernell Whitaker before he eventually lost, controversially of course, to Frankie Randall on points in January 1994. He won the almost immediate rematch.

By 1996, aged 34, Chavez entered the ring against the Golden Boy himself, Oscar de la Hoya but the fight was stopped in the fourth round after a bad cut opened on Chavez’s head, robbing fight fans of a much-anticipated fight between two defining boxers of their generations.

Two years later they would fight again and the younger man would win again, this time with an eighth round TKO. After losing to Willy Wise in 1999, and the dangerous Kostya Tszyu in 2000, Chavez retired in 2001 after beating Terry Thomas. 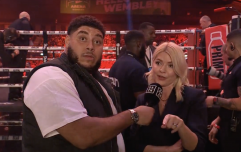 END_OF_DOCUMENT_TOKEN_TO_BE_REPLACED

A few comebacks, naturally happened, and he avenged his defeat to Wise and Randall on the comeback trail before retiring after a 2005 defeat to Grover Wiley at age 43. His son, Julio Cesar Chavez Jnr, himself a multiple world champ, would avenge that defeat for his father in 2007.

Like many champs, he suffered problems with drink and drugs during the latter stages of his career but he has those under control now as he devotes his time to managing his son’s career these days.

His record, and longevity, make him one of the all-time greats of boxing, even if he didn’t always fight the very top rank at their peak, bar a few very notable exceptions.

While most of the boxing world hold him in very high esteem, he is close to a god in his native Mexico. It is a status that is well deserved.

And if you have any doubts check out Mr KO’s best moments here. 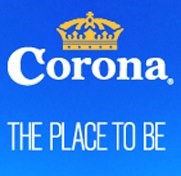 popular
One of the most underrated crime thrillers of recent years is among the movies on TV tonight
5 years ago, Hollywood took a massive gamble on a huge sequel... and lost big time
Netflix has just added 12 very big movies to their library
Tom Hardy set to play Hannibal Lecter-type serial killer in new series
Netflix backtracks on anti-password sharing measures following user outcry
‘Older’ woman who took Prince Harry’s virginity gives her side of the story
Mystery over 'dead husband' spotted in Indian restaurant has been solved
You may also like
1 day ago
Conor McGregor offers solution to Croke Park fiasco that should suit all parties
9 months ago
Katie Taylor describes defeating Serrano as the "best moment" of her career
9 months ago
Man punched by Mike Tyson on plane explains his side of the story
9 months ago
Mike Tyson breaks silence after punching passenger on flight
9 months ago
Mike Tyson filmed repeatedly punching passenger on airplane
1 year ago
Kellie Harrington to be welcomed home to Dublin in open top bus after Olympic win
Next Page