Ahead of the completion of the first round of fixtures tonight in the SSE Airticity League we look at the season so far to see who has been impressing and who hasn't.

Cork City are the early season pace-setters and John Caulfield's side have been hugely impressive this season, especially at Turners Cross. It's been fantastic to see such big crowds at the Cross with attendances regularly 3,000 plus. They are the only unbeaten side so far although they will rue dropping points at home in their last match to Bohemians as it finished 1-1. Billy Dennehy(pic below) has had a fantastic return to the Leesiders, scoring seven goals in ten games. 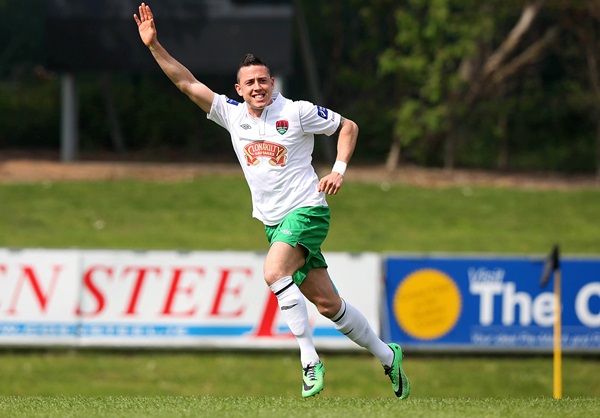 END_OF_DOCUMENT_TOKEN_TO_BE_REPLACED

It's very tight at the top with only one point separating the top four and rather ominously for the rest of the league, reigning champions St Pats have crept into second place after a fairly inauspicious start to the defence of their title. In the last few weeks, both Christy Fagan and Chris Forrester have found their shooting boots and they are starting to show the form which landed them the title last season.

Dundalk and Shamrock Rovers are both right in the mix too and will feel happy with where they are in the table at this stage. Dundalk suffered a big blow in losing their inspirational captain Stephen O'Donnell to a long term knee injury (pic below) and much will depend on how they will cope in his absence. There will be a big onus on star players Pat Hoban and Richie Towell to carry them through, but Stephen Kenny's team are a quality outfit and nobody will get anything easy up at Oriel Park. Their away form might be their Achilles heel with a defeat away to Bray Wanderers still fresh in their minds. 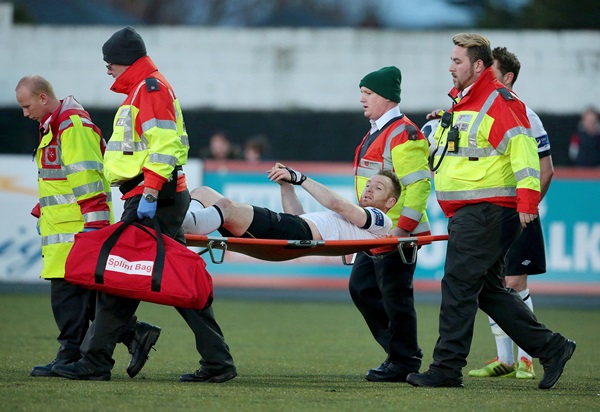 Shamrock Rovers have been up and down, but will be very happy with their position in the table. Ciaran Kilduff (pic below)has been in sparkling form with five goals and with Ronan Finn in the middle coupled with the always impressive Simon Madden raiding down the flanks, the Tallaght club will quietly fancy their chances. Unbeaten at home so far, much will depend on how they travel. 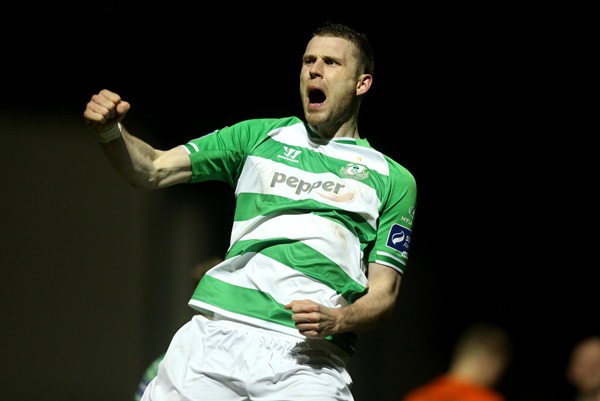 END_OF_DOCUMENT_TOKEN_TO_BE_REPLACED

The gap to the 5th place team is six points, but it is Sligo Rovers who occupy that slot and nobody will be surprised to see them gradually close that gap. After a very unimpressive start to the season, Sligo have found a bit of form recently and look to be playing like we know they can. Ian Barraclough's side possesses enough quality to reel the leaders in and it's very premature to be ruling them out of the title race at this early stage. Three wins on the bounce has pushed them back into the race and they'll be relishing the prospect of keeping that run going.

Sadly, even at this early stage, newly promoted Athlone Town look doomed having lost all ten matches this season. Mick Cooke has departed and his replacement, Keith Long has a massive task ahead to keep the midlands club away from relegation. UCD, who lie above them are eight points clear and always seem to have the ability to nick results when least expected. They are the perennial survivors and won't be too displeased with their points tally so far. 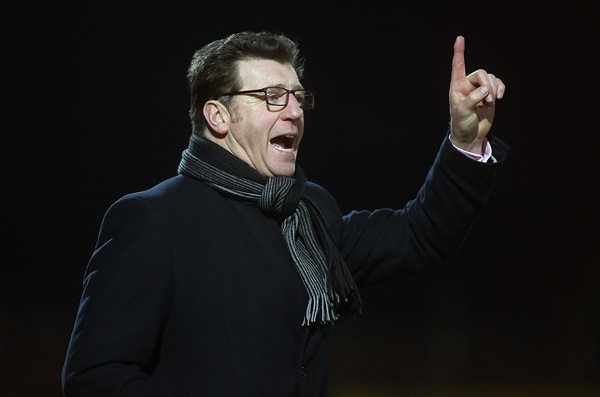 END_OF_DOCUMENT_TOKEN_TO_BE_REPLACED

Derry City have probably been the big disappointment so far this season following the appointment of the larger than life Roddy Collins (pic above) as manager. He was expected to launch a strong challenge for the title and although it's still early days, they will need to pick up some form quickly and move up the table. However, if anyone can inspire a team to improve, surely that man is Roddy Collins. 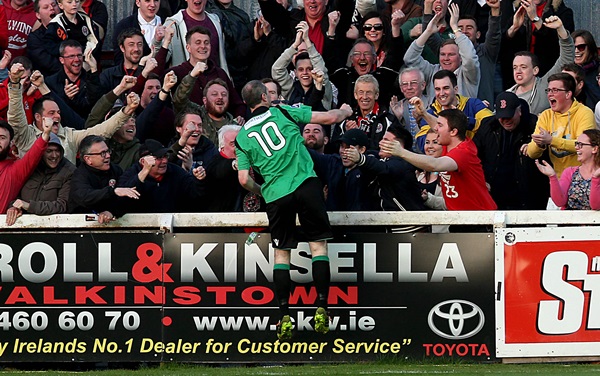 Bohs, Limerick, Drogheda and Bray are all separated by two points and it's shaping up to be an almighty scramble to avoid the dreaded relegation scrap. Owen Heary's Bohs have looked impressive in spells with the ever young Jason Byrne (pic above) leading the line. Dave Mulcahy has recently returned to the fold following an injury lay off and it's vital he remains fit if Bohs are to turn things around.

Bray have found a bit of form too and will be buoyed by their last victory over the fancied Dundalk side. Drogheda, with Declan O'Brien once again in sparkling form have been very inconsistent, but are capable of beating any team on their day. Limerick haven't really got going, but nobody likes going to Thomond Park and they will rely on home form a lot to get them out of trouble. Much will depend on how these four teams do against each other. 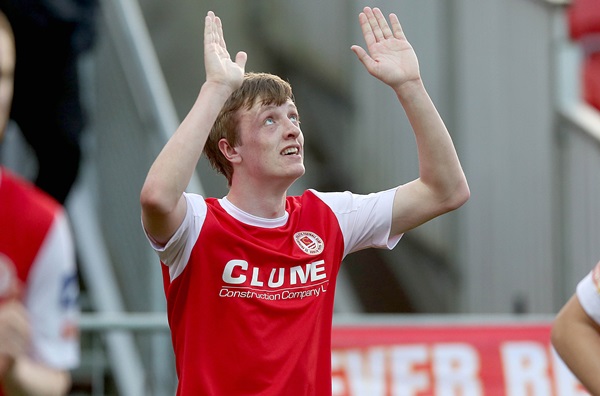 There have been some stunning goals already this season and a lot of players in red-hot form. The likes of Billy Dennehy, Declan O'Brien, Ronan Finn, Christy Fagan and Chris Forrester have all been flying recently and it is shaping up to be one of the most wide open title races we have had for years.

I suggest you get down to a League of Ireland game and support local football. There is nothing better than being there.

popular
Met Éireann updates weather warning for entire country as temperatures set to fall to -6
The "eighth best movie ever made" is among the movies on TV tonight
Céline Dion diagnosed with incurable neurological disease
5 deadly destinations for a last-minute city break this winter
Jennifer Lawrence sparks controversy by saying she was the first woman to lead an action movie
15 years ago, one of the greatest scenes of the 21st century arrived in cinemas
Mia Khalifa claims seaside town is better than Miami
You may also like
6 days ago
The JOE Friday Pub Quiz: Week 323
1 week ago
Japan fans explain why they clean up after World Cup matches
1 week ago
The JOE Friday Pub Quiz: Week 322
2 weeks ago
Japan supporters clean up rubbish following famous win over Germany
2 weeks ago
ITV football pundit Nadia Nadim heartbroken as mother killed by a truck
2 weeks ago
Non-league side make approach for 37-year-old free agent after World Cup
Next Page