With the rugby season about to kick off in earnest, we take a closer look at the Irish side’s chances heading into the new campaign.

The RaboDirect PRO12 gets underway in just over a week with Leinster gunning to retain their crown. First up in our season preview is Connacht, with the men from the west now under the stewardship of Pat Lam. Will they cause a few upsets this year? Will the new signings add to the quality at the Sportsground? Or will it be a season of transition after the departure of Eric Elwood?

END_OF_DOCUMENT_TOKEN_TO_BE_REPLACED

New head coach Pat Lam is quickly finding out the inner workings of the IRFU purse-strings as 12 players have left the squad from last year, while just eight have arrived at the Sportsground, though some of them will undoubtedly add the the quality of the squad.

The stand-out signing was Craig Clarke, the captain of the the Super XV winning Chiefs, who will slot into the position vacated by Mike McCarthy, while other astute signings include returning winger Fionn Carr, James So’oialo who looks to be an unerring place kicker and flanker Jake Heenan who has captained the U-21 All Blacks. 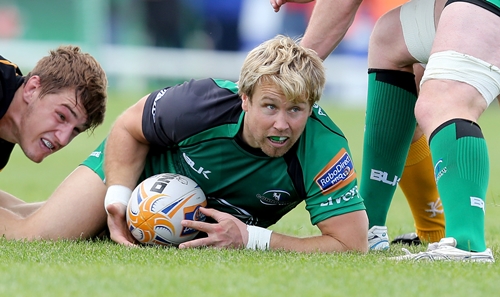 Fionn Carr returns to Connacht after two years at Leinster

Lam has already spoken of the financial constraints, but he will hope to get plenty of bang for his buck with that lot.

END_OF_DOCUMENT_TOKEN_TO_BE_REPLACED

After their highest ever finish of eight in 2011/12 in the league, that position was consolidated last season, all the more impressive considering their indifferent start to the campaign. Still a big gap to seventh (13 points in 2012 and 12 last season) though they were hit by a high volume of injuries during the season with a squad that would not be blessed with strength in depth.

Their European form was very respectable, though assisted by having Zebre in their group. While they were put to the sword away to Harlequins and Biarritz, the win over the French side was one of the highlights of the season and gave Conor O’Shea’s side a stern tern at the Sportsground.

Cliché you are most likely to hear this season

Cliché you are least likely to hear this season

END_OF_DOCUMENT_TOKEN_TO_BE_REPLACED

Their form in their inter-pros is a good start. Their performance against Leinster in the early season was easily their game of the season, putting the European champions to the sword in spectacular fashion. That, however, was as good as it got. They suffered yet another narrow home defeat to Munster and Ulster also left Galway with the points, but the form away from home was awful.

Three games, three defeats and they didn’t even manage to get on the scoreboard at the RDS, Ravenhill or at Musgrave Park. Could do better is a slight understatement.

Last year Eric Elwood said Robbie Henshaw was destined to wear the green jersey of Ireland for a long time and it seems hard to argue with that logic. Solid under the high ball and a great attacking threat, he looks to be a real jewel in the crown. 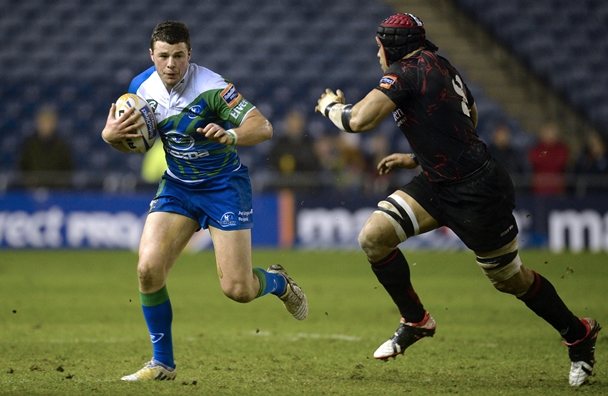 Of course we don't see him going - and the IRFU will certainly hope so after he agreed a three year deal last year - but he could be one of the main performers this time out after such a brilliant debut campaign and could be a sought after player if he continues to progress at a similar rate this season.

Seventh would be a huge achievement, but they will have to hit the ground running in order to move ahead of Treviso in the pecking order. They would need to have a better bill of health than last season and trouble the scoreboard more away from home to do so, but very possible.

It is conceivable that they could finish only ahead of Zebre if the other teams around them pick up the slack. The Blues were very disjointed last year, but only finished below Connacht on points difference, while Edinburgh under new management will be a stronger proposition. And the Dragons can’t possibly be as bad as last year, can they?

The Big Reviewski || JOE · TBR Spotlight: Loki - Episode Two - 'The Variant'
popular
Garda union hits out at "absolute confusion" over outdoor drinking and dining
The Queen appealing for volunteers to weed the garden of her Sandringham Estate
Gardaí will use "discretion" over outdoor drinking at pubs and restaurants
The Lisdoonvarna matchmaking festival has been cancelled for a second year
The JOE Movie Quiz: Week 107
QUIZ: Can you name all these European countries from a list of cities?
The JOE Friday Pub Quiz: Week 248
You may also like
4 months ago
Defence grows for Billy Burns after one of the roughest days of his rugby career
4 months ago
Major upside to Ireland's Six Nations challenge that should make all the difference
4 months ago
John Cooney comes to defence of JJ Hanrahan after kicking criticism
5 months ago
Cardiff conversation that proved Paul O'Connell always put the team first
5 months ago
Ian Keatley on Ronan O'Gara's deadpan advice and his most treasured Munster jersey
6 months ago
Jake Paul calls out Conor McGregor in nasty video
Next Page