"I think it's the first time I've ever been up for Munster in a rugby game!"

Munster supporters were not the only ones gutted to see JJ Hanrahan and his teammates falling short against Leinster, on Saturday. With Ulster aiming to top Conference A in the Guinness PRO14, their players and fans were hoping for a favour from the men in red.

As it turned out, a late piece of magic from Ross Byrne, Hugo Keenan and Jordan Larmour broke Munster hearts and gave the league champions another big win in Limerick. Following the game, in which he missed two penalty attempts, Munster outhalf JJ Hanrahan was subject to some unnecessary and over the top flak.

On the latest House of Rugby Ireland episode, Ulster star John Cooney (LISTEN from 1:15 below) made a passionate defence of the Munster star, and reminded supporters of all Hanrahan has done in recent years.

Listen to the full John Cooney interview here, and hear about a big call he feels should have went Munster's way: 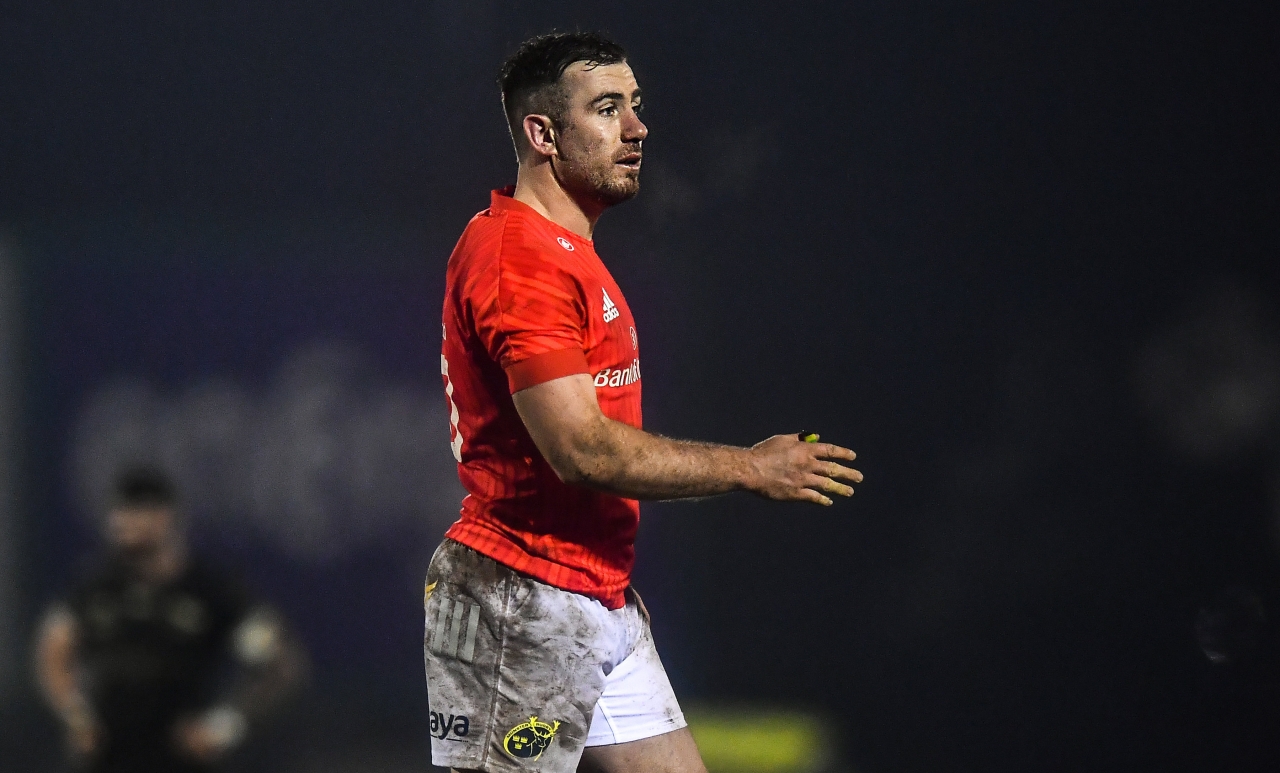 JJ Hanrahan has been a consistent goal-kicker in terms of his scoring percentage, but he has missed a couple in big games. (Photo by David Fitzgerald/Sportsfile)

END_OF_DOCUMENT_TOKEN_TO_BE_REPLACED

Hanrahan missed a long-range effort at the end of the first half and another around 10 minutes into the second half. As Munster lost by only three points, he was subjected to some harsh criticism, in some quarters and online.

"I actually would have been in defence of JJ missing that kick," John Cooney told Eimear Considine. "I've missed that kick about three times, maybe, over the last couple of years and, personally, it's a bit of a bogey kick. It's just slightly to your right and if you don't commit to it, you can easily miss it.

"I missed a similar kick in a European Cup quarter final against Leinster. I've messaged JJ in the past saying, 'Keep the head up' because it is difficult.

"And I think you're right. People forget about the penalty that Rhys Marshall gave away or the other penalty (Munster) gave away for offside, and they put all the blame on JJ. I would have been straight on to defend him if they had gone after him. I'd have gone online to defend him, had I known, because the kickers don't lose games, and they don't win games as well... I felt bad for him after that, as I think he's probably up there as possibly the best kicker in the country."

"The people that are giving him the blame seem to forget how well he has kicked all year, and how well he kicked last year," Cooney added.

Also on House of Rugby Ireland, this week:

YOU CAN WATCH THAT EPISODE HERE

popular
The JOE Friday Pub Quiz: Week 324
The "eighth best movie ever made" is among the movies on TV tonight
Jackass star Bam Margera reportedly hospitalised with pneumonia and put on ventilator
Irish woman selected for first civilian mission around the Moon
Mia Khalifa claims seaside town is better than Miami
The start of the superhero takeover of Hollywood is among the movies on TV tonight
New country-wide weather warnings issued as temperatures set to drop to -6 this weekend
You may also like
2 months ago
Iconic rugby commentator Eddie Butler dies aged 65
8 months ago
Scottish Parliament official dies during rugby game in Dublin
9 months ago
Every Guinness fan needs to try these brand new experimental beers
10 months ago
"Samaritans saved my life" - Brent Pope praised for honest interview on Tommy Tiernan Show
1 year ago
"You want to prove them wrong, even if they're not telling the right story" - Conor Murray
1 year ago
Four Irish players propelled into Lions debate after England hiding
Next Page