As he sat before the Oireachtas Committee for Transport, Tourism and Sport, John Delaney stated that he was not in the position to answer questions on the "finances of the Association or my former role as CEO or the €100,000 payment."

Delaney and several other FAI officials were called to answer questions on the governance of the Association on Wednesday morning at Leinster House.

After a lengthy opening statement from President of the Board of the Football Association of Ireland Donal Conway, which was interrupted more than once, an adjournment was called to pre-read Delaney's statement. 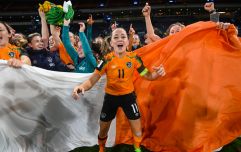 END_OF_DOCUMENT_TOKEN_TO_BE_REPLACED

Once the Committee returned, Delaney read aloud his opening remarks.

"First of all I want to say how truly saddened I am that Sports Ireland, who provide annual state funding of €2.9m to the FAI, have announced that they have temporarily withdrawn their funding to the Association pending reports from the FAI, Grant Thornton and Mazars. 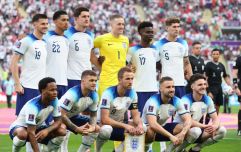 END_OF_DOCUMENT_TOKEN_TO_BE_REPLACED

"I want to make it clear that I have urged a speedy response to the queries received from Sports Ireland and I have already met this week with Grant Thornton and with the FAI on these issues and will respond to any request for a meeting as soon as I hear from Mazars.

"To continue, on Tuesday 25 April 2017 we had an internal finance meeting at The FAI. This meeting was attended by our Director of Finance, our Financial Controller and myself as CEO.

"I was advised at this meeting that if all cheques and FAI bank transfers issued to third parties at that time were presented for payment, the FAI would exceed its overdraft limit of €1.5m on its bank account which was held with Bank of Ireland.

"At this meeting, I expressed serious concern and surprise as to how The FAI could have arrived at this position. I recall thinking at the time, if I had been approached even a few days earlier, I may have been able to better address this issue.

END_OF_DOCUMENT_TOKEN_TO_BE_REPLACED

"I asked if any funds were due to the FAI which could resolve the matter and was informed that there was nothing due imminently that could be confirmed at that stage.

"As the matter was pressing and we only had a few hours to resolve the potential issues that would arise if the bank overdraft limit was exceeded, as a precautionary measure and to assist The FAI, I wrote a cheque for €100,000 from my personal account to The FAI. This cheque was made payable to The FAI and I gave it to our Director of Finance telling him to only lodge the cheque if it became clear that the bank overdraft was going to be exceeded.

"Later that afternoon, I travelled to London and on the next day I travelled on to Geneva, Switzerland where I was attending UEFA business.

"I recall phoning our Honorary Secretary and informing him that I had made a precautionary payment to the FAI by way of a personal cheque for €100,000 to assist in the event that the bank overdraft was going to be exceeded. I informed him that I was very concerned and that I had to act quickly to assist The FAI.

"I also recall informing the then President, who was Chairman of the board at the time.

"The following day, when I was in Geneva, I received a call from our Director of Finance informing me that there was a requirement to lodge the cheque for €100,000 and he subsequently confirmed that request to me by email. I agreed that the cheque should be lodged.

"I asked our Director of Finance when I would be paid back and he said as soon as the funds came in.

"I subsequently received a cheque for €100,000 on 16 June 2017 from The FAI repaying the amount in full which I lodged to my personal bank account on 23 June 2017. I did not receive any interest payment and I would never have expected it as I was only acting to assist the FAI.

"I recall asking the Director of Finance did the FAI have any reporting or disclosure obligations arising out of the €100,000 payment.

"On Monday 4 March 2019, I informed the board of the FAI of the precautionary payment I had made following a media query received from The Sunday Times.

"On Saturday 16 March 2019, I initiated courts proceedings against The Sunday Times in relation to this matter because I believed at the time that this information had emanated from documentation which had been filed in the family courts.

"I accept that the overdraft limit issue arose on my watch as Chief Executive Officer. I wish that it had not happened but I acted in the best interests of the Association. We have an excellent and committed finance and administration team and body of employees at The FAI and many voluntary workers and players at all levels throughout the country. I regret the embarrassment that this entire issues has caused to them and the Association.

"I will continue to assist fully the Football Association of Ireland in its engagement with Sports Ireland and Grant Thornton and, when called upon to do so, will do likewise with Mazars and the Office of the Director of Corporate Enforcement in their respective inquiries.

"On legal advice I am precluded from making any further comments at this hearing in relation to the finances of the Association or my former role as CEO or the €100,000 payment either directly or indirectly. In the interests of fair procedures and natural justice, while I have made this statement to the Committee and have attended this meeting voluntarily as I have attended many Oireachtas Committees in the past, I am not in a position answer any such questions here at this time.

"Given that some members of this Committee have made highly prejudicial pronouncements about me personally prior to my attendance here today and in light of the recent Supreme Court ruling in the Kerins case, I would ask that the Committee respects this position.

"I am happy to answer any other questions in relation to my current role as Executive Vice President responsible for UEFA and FIFA matters.

"I am, as you know, passionate about football and always have been.

"In my new role as Executive Vice President, I look forward to welcoming the U17 European Boys Championship to Ireland next month which will see 16 teams play.

"Next year, Dublin is one of 12 European cities hosting the 2020 Euros which will see four matches played at the Aviva Stadium.

"We are currently bidding for the 2023 U21 Men's Tournament with the Irish Football Association (IFA). This is a very significant project as it demonstrates how 'the round ball' unifies both Associations on this island.

"I also would like to see a Women's Champions League final be played in Dublin at the Aviva Stadium perhaps to mark the 50th Anniversary of the Women's Football Association in Ireland in 2023.

"As an Executive Committee Member of UEFA, I, along with my counterparts in Northern Ireland, Wales, Scotland and England, are currently working on a feasibility study which we hope will result in the 2030 World Cup being hosted across these islands.

popular
Woman who died after being mauled to death by eight dogs has been named
Harvard study reveals how many times men should ejaculate each month to stay healthy
Omniplex Cinemas are hiring for an awesome and very rare job
Richard Madeley apologises after calling Sam Smith 'he' and bungling guest's pronouns
An extremely tense true crime drama is among the movies on TV tonight
Prime Video has just added one of the best dramas of the last decade
Parents left in shock after gorillas start mating in front of kids at zoo
You may also like
3 years ago
COMPETITION: Win four tickets to Republic of Ireland v Denmark
3 years ago
The Football Spin on change at the FAI, Declan Rice's smart move and why Ireland fans should be angry
3 years ago
The Football Spin Heartbreak Valentine's Day Declan Rice Special
4 years ago
"You cheeky bollocks!" - The key takeaways from Mick McCarthy's first press conference as Ireland manager
4 years ago
OFFICIAL: Mick McCarthy has been named as Republic of Ireland manager
4 years ago
Former Irish players have a great story about Brian Kerr and how he raised team morale
Next Page