John Terry has given his backing to Kieran Donaghy

John Terry appears to be a fan of Kieran Donaghy, judging by one of his latest Instagram stories. 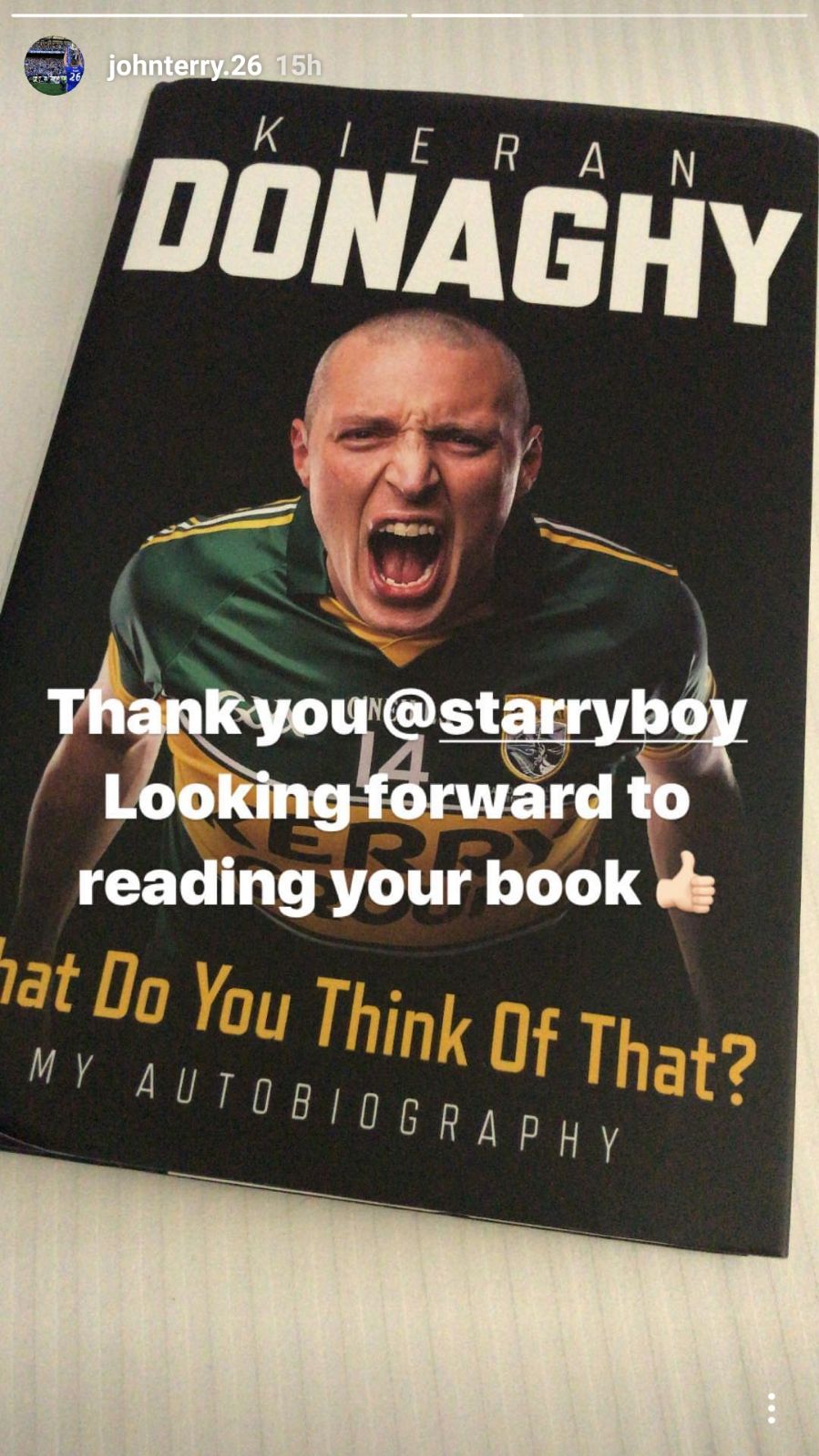 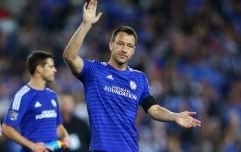 END_OF_DOCUMENT_TOKEN_TO_BE_REPLACED

Yes, it seems rather random that John Terry would be posting about the autobiography of GAA star Kieran Donaghy, because although 'The Star' is well-known in Ireland, it's not often their fame spreads to other countries.

But Donaghy was on hand to explain it all.

He agreed I was dead right to go to the champions league final against Jacks wishes 😬 #GowanDrogba 😂 pic.twitter.com/vaR61Gibxh

Donaghy is referring to the infamous story where he went to support Chelsea in the Champions League Final in Germany, and was subsequently dropped by Jack O'Connor.

He wrote about the incident in his autobiography.

"I’m in the town square in Munich among thousands of other Chelsea fans for the Champions League final when the phone buzzes again. F***it. It’s Jack," wrote Donaghy.

"We’d a bit of a row last night. After training I told him I was going to the game; my friend Gerry Rochford had somehow got me tickets.

"'Jesus, I don’t know about that, Kieran,' said Jack. 'The first round against Tipp is next week.'

“'Well, Jack, the flight and hotel is all sorted. I won’t be drinking, I’m back on Sunday and we’re not training ’til Monday. I won’t be missing anything.'

Donaghy decides not to answer the call. Five minutes later, captain Colm Cooper calls. He answers this one.

“'You’re dropped for next Sunday, you know that?'

“'Erra, he’ll calm down. Sure if I didn’t tell him, he wouldn’t even know I was gone. Look, I’ve been following Chelsea since I was a kid.'

“'If he wants to drop me over going to see them play in a Champions League final, he can f***in’ drop me.'”

Advertisement
House of Rugby Ireland · Quinn Roux on finding a home in Ireland and Mike McCarthy brings the absolute HEAT!
popular
The JOE Movie Quiz: Week 86
The 50 most iconic songs of all time* have been revealed
Majority of English people 'pleased' or 'not bothered' by prospect of united Ireland
Ireland adores Leitrim hurler Zak Moradi on Tommy Tiernan show
The JOE Movie Quiz: Week 85
20 of the best comedies to watch on Netflix right now
PICS: The man with the biggest penis in the world has one unbelievable problem with it
You may also like
4 years ago
PICS: Great snaps of a young Cian Lynch teaching John Terry to play hurling on holiday in 2008
4 years ago
PIC: The only time we'll ever think something is a bit harsh on John Terry
5 years ago
VIDEO: Footage of John Terry owning Robbie Savage at a Chelsea press conference today
5 years ago
TWEET: John Terry takes a massive pop at Robbie Savage's punditry work
5 years ago
VIDEO: Jose Mourinho responds to Steven Gerrard's claims that he's fallen out with John Terry
5 years ago
Chelsea captain John Terry has spoken out about the club's racist fans in Paris
Next Page