Chelsea captain John Terry has offered to pay the full funeral costs for an eight-year old Chelsea fan who recently died after a battle with leukaemia.

Tommi Miller passed away on March 31 after a long battle with leukaemia after a recent attempt to carry out a bone marrow transplant proved unsuccessful.

END_OF_DOCUMENT_TOKEN_TO_BE_REPLACED

According to Cambridge News, Terry has offered to pay the costs of the funeral (approximately £1,600) after being contacted by friends of the family on social media.

Terry met Tommi Miller during a visit to Chelsea last June; the captain was one of his favourite players and Terry wrote a personal letter to Tommi when he learned that he had fallen seriously ill. 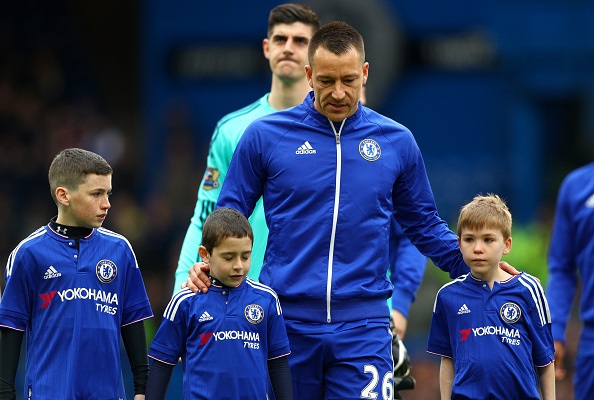 Commenting on Terry’s offer to pay for the costs of the funeral, Tommi’s mum Ruth told the Cambridge News: "I'm overwhelmed really, because Tommi was such a great fan of John Terry in particular. He was one of his favourite players.

"We don't want a traditional sort of funeral. It's for a child, so we thought we would have it as bright and cheerful as he would want it."

"Just before Tommi was put on life support we received a personal letter from John Terry and it was read out to him,” she added.

“He was heavily sedated so we only hope he could hear us."

END_OF_DOCUMENT_TOKEN_TO_BE_REPLACED

A service for Tommi will take place this Thursday, with those in attendance asked to wear Chelsea or Cambridge United football shirts as an illustration of Tommi’s passion for both clubs.

"Having had the pleasure of meeting Tommi at a Chelsea game I was totally devastated to hear of him passing away,” Terry told Cambridge News.

"I'm sure his family and friends will give him the send-off he deserves."

The Big Reviewski || JOE · Wonder Woman 1984 star Kristen Wiig & director Patty Jenkins on comedy, Cats & handsome Irishmen
popular
QUIZ: Name all the counties of Ireland that contain 3 vowels or more
Recall of Pedigree dog food over safety concerns
QUIZ: Can you correctly identify these European country flags?
The JOE Friday Pub Quiz: Week 226
QUIZ: Can you pass your driving test and guess the meaning of all these road signs?
QUIZ: Can you guess the drink from its can?
The JOE Movie Quiz: Week 84
You may also like
1 day ago
A documentary about Pelé is coming to Netflix next month
3 days ago
Mum's anger at state of £30 free school meals package in the UK
1 week ago
UK records highest daily total of new Covid-19 cases
1 month ago
EA Sports respond to 'baseless' lawsuit over alleged scripting in FIFA 21
1 month ago
Horrific F1 crash sees driver emerge unscathed with car engulfed in flames
1 month ago
Jurgen Klopp argues with BT Sport interviewer over kick off times
Next Page