The Bray boxer compared it to winning her Olympic gold.

The pair squared off in Madison Square Garden to a crowd of thousands in a fight that would see Taylor successfully defend her unblemished record as the undisputed lightweight champion.

END_OF_DOCUMENT_TOKEN_TO_BE_REPLACED

Serrano took control during the middle rounds, but the Bray boxer delivered an extraordinary comeback in the final four rounds.

The fight is Taylor's 21st professional victory as she remains the undisputed lightweight champ.

During a press conference afterwards, Katie described the fight as the "best moment" of her career. 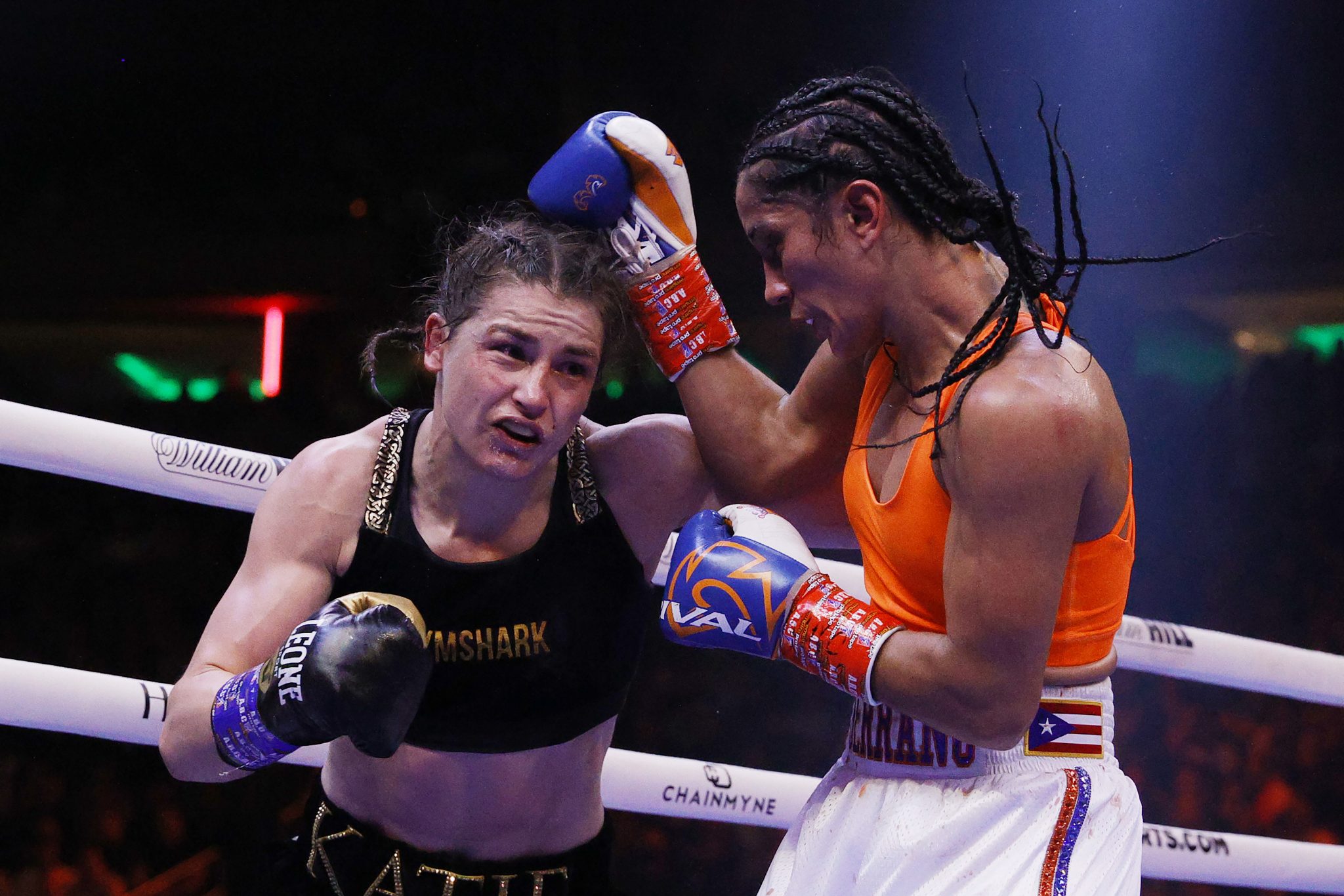 END_OF_DOCUMENT_TOKEN_TO_BE_REPLACED

"I think the most important thing is always to come out the winner, regardless of how I perform," Taylor said.

"Tonight was fantastic. I had to dig deep and produce a career-defining performance to actually win."

Katie then applauded her opponent, saying: "What an amazing champion Amanda is, she’s a phenomenal fighter and we definitely got the best out of each other.

END_OF_DOCUMENT_TOKEN_TO_BE_REPLACED

"Coming into this fight, they were saying it was the biggest fight in women’s boxing, but I think it exceeded it.

"It was a special, special moment, the best night of my career.

"I was not sure if anything could reach my Olympic gold medal moment, but tonight was absolutely the best moment of my career."

Taylor said that she "wasn't worried" about some of the more challenging moments during the fight.

"I knew it was a tough, tough round and it was Amanda’s round.

"But I wasn’t concerned and knew I was ok and stable coming back to the corner.

"I just had to regroup, reset and I actually won the next round, I believe.

"So regardless if it was a tough round for me or not, I always come back and show the heart I need to actually come through them."

popular
Simon Cowell concerns fans with appearance as they 'don't recognise him'
Parents told to stop buying selection boxes for kids- here's why
The JOE Friday Pub Quiz: Week 323
Netflix has just added 30 big movies to its library
20 years ago, one of the best sci-fi movies of the 21st century was a box-office bomb
Miss Croatia wears revealing outfit at World Cup game despite Qatar's dress code
Katherine Ryan says famous TV star is a ‘predator’ and everyone in industry knows
You may also like
8 hours ago
Temperatures set to drop to freezing this weekend as Christmas predictions emerge
2 days ago
11 Irish counties in the spotlight as Gardaí crack down on sex trade
3 days ago
Face of boy attacked by dog in Wexford is "completely destroyed", says his family
4 days ago
All-Ireland Hurling winner's medal stolen as Gardaí appeal for information
4 days ago
People will be able to get money for returning bottles and cans through new scheme
4 days ago
Boy seriously injured after alleged dog attack in Wexford
Next Page