Kieran McGeeney flattered by a certain columnist's "obsession" with him

Armagh manager Kieran McGeeney faced the media on Thursday night knowing what would be the main topic of conversation.

No, not Armagh's upcoming qualifier clash with Laois. Rather the views of a pundit, whose attacks in print and on screen against the former All-Ireland winning captain provoked the Armagh county board into issuing a response on RTE television last Sunday.

"The more you talk about him, the happier he is," McGeeney said of the pundit, according to the Irish Examiner.

END_OF_DOCUMENT_TOKEN_TO_BE_REPLACED

"That's what it's all about.

"He likes to be the centre of attention and that's grand. Let him batter away."

The pundit in question accused the Orchard County of "swearing allegiance to the cult of Geezer" and suggested he was the reason several Crossmaglen players are not lining out for the intercounty team this year. 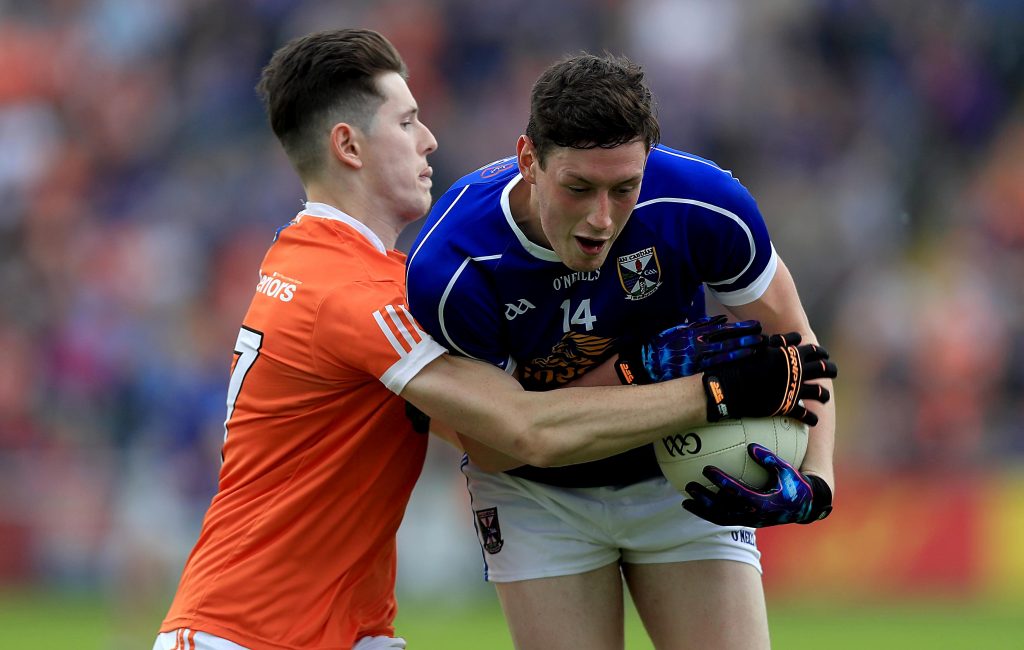 END_OF_DOCUMENT_TOKEN_TO_BE_REPLACED

"I don't really know what I can say about it," said McGeeney, who was responding to comments made before, during and after Armagh's Ulster SFC defeat to Cavan.

"I can't stop people having opinions and if people want to dress opinions up as facts, that's a different thing.

"I am not really into facilitating people's obsessions with things."

Despite the personal nature of the attacks, former Kildare boss McGeeney seems determined not to hold a grudge.

"I am sure he is a nice fella. I've met him a couple of times and he seems grand, but he likes to be the centre of attention.

"Honestly, it is water off a duck's back to me."

popular
Harvard study reveals how many times men should ejaculate each month to stay healthy
Colin Farrell shouldn't win the Oscar this year
Netflix has just added one of the best sci-fi movies of recent years
Parents left in shock after gorillas start mating in front of kids at zoo
Conor Mcgregor hit by car ‘at full speed’ while cycling
The 50 most iconic songs of all time* have been revealed
Forspoken breaks the golden rule of gaming... and not in a good way
You may also like
5 years ago
A fiery Dick Clerkin team talk left Jeff Stelling more pumped than the players
5 years ago
Chris Kamara attempts a 45, ends up pulling hamstring and clocking a tractor
5 years ago
Join The GAA Hour in Westport for a Mayo-Kerry preview in the company of legends
5 years ago
Jeff and Kammy witness one of Mícheál Ó Muircheartaigh's greatest ever lines
5 years ago
Chris Kamara tries to pronounce Mícheál Ó Muircheartaigh... you know the rest
5 years ago
Promo for Jeff Stelling and Chris Kamara's Journey to Croker looks unreal
Next Page