Leinster captain Kevin McLaughlin forced to retire due to concussion

Leinster Rugby captain Kevin McLaughlin has today announced that he will be retiring from rugby on medical grounds.

The 31-year old, who has been capped eight times by Ireland, suffered a concussion in the Blues’ opening Guinness Pro 12 encounter against Edinburgh and has been advised by a leading neurologist to retire from the game due to concerns about his increasing susceptibility to concussion and the length of recovery.

In a statement this afternoon, McLaughlin expressed frustration with having to take such a major decision but also admitted that it was the right call. 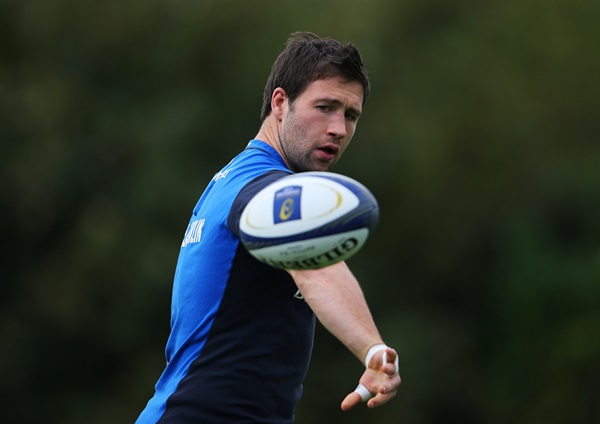 END_OF_DOCUMENT_TOKEN_TO_BE_REPLACED

"It is upsetting and frustrating to have to retire when I feel I have so much left to give but it is the right decision and I am glad that our medical staff were so pro-active in encouraging me to see a neurologist and getting his expert opinion,” McLaughlin said.

“The support I have received from the club and my team mates has been incredible and will help to soften the blow of having to having to retire from the game I love.

END_OF_DOCUMENT_TOKEN_TO_BE_REPLACED

"It has been an absolute privilege to represent UCD, St. Mary's, Leinster and Ireland over the years and from a rugby perspective I have no regrets. Some special memories in particular would be my first cap for Ireland in 2010 and Leinster's PRO12 win in 2013 after having lost the previous three finals.

"The two Heineken Cups, particularly the 2012 win in Twickenham will also last long in the memory. I was lucky enough to be involved in Leinster throughout a very successful and rewarding period during which I have learned a lot about life and made lifelong friends.”

popular
Netflix has just added an incredibly tense 97-minute thriller
A great underseen action thriller is among the movies on TV tonight
The JOE Friday Pub Quiz: Week 307
Prime Video has just added 25 very big movies to its library
Anne Heche dies one week after car crash, aged 53
An exciting Irish crime thriller is among the movies on TV tonight
Thunderstorms and heavy rain to end Ireland's current heatwave
You may also like
4 months ago
Scottish Parliament official dies during rugby game in Dublin
5 months ago
Every Guinness fan needs to try these brand new experimental beers
6 months ago
"Samaritans saved my life" - Brent Pope praised for honest interview on Tommy Tiernan Show
1 year ago
Four Irish players propelled into Lions debate after England hiding
1 year ago
Craig Casey and Johnny Sexton combination backed for Italy clash
1 year ago
Defence grows for Billy Burns after one of the roughest days of his rugby career
Next Page