Stephen Ferris predicts his back row for Ireland this November

Many Irish rugby fans would be delighted if Peter O'Mahony was asked to step up and take over from Rory Best as Ireland captain.

It remains a possibility that O'Mahony could succeed the Ulsterman in the role, starting from next month, but what happens if the captain can't get into the back row?

Such a scenario was debated by Irish rugby legends Ronan O'Gara and Stephen Ferris on The Hard Yards [from 1:01:00 below] and an agreement on a starting back row for the upcoming Guinness Series.

END_OF_DOCUMENT_TOKEN_TO_BE_REPLACED

While O'Gara had two Munster men [and three Lions] in his back row, Ferris went for a man making great strides with Leinster and Ireland.

Both Ferris and O'Gara are in full agreement that in-form Leinster flanker Josh van der Flier has a bright international future ahead of him and added plenty of caps to the nine he has picked up since February 2016.

O'Gara was part of the Ireland coaching set-up for a brief spell, earlier this year, and has marked the 24-year-old out as humble and keen to improve with each and every training session and game. Ferris has been impressed with van der Flier too and would start him at openside against South Africa. He said:

"Jamie Heaslip is obviously not going to be fit and Jack Conan has a big future in front of him, and he excels when he's playing against the lesser teams of Dragons, Cardiff and what have you. He's man-of-the-mach against those teams, week-in, week-out, but I'd love to see him step it up when he has to roll his sleeves up and when his back is against the wall.

"I'm really excited to see, if he plays in a Leinster jersey over the next couple of weeks, how he goes. But, for me, in Ireland's back row, Seanie O'Brien, if he's fit, is a definite starter. He's an incredible player.

"At 7, Josh van der Flier. He's the new kid on the block - you could see him in an Ireland jersey for the next five, six, seven years, regularly. At number 8, there's a couple out there but CJ Stander, with his experience, put him into that back row for the autumn internationals." 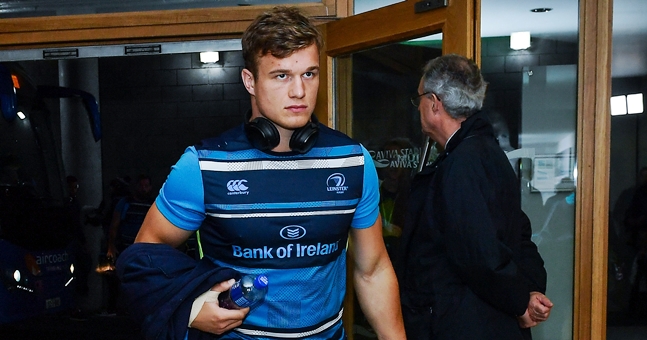 While Ferris may have O'Mahony in reserve, O'Gara would pitch him straight in at blindside.

END_OF_DOCUMENT_TOKEN_TO_BE_REPLACED

"Yep, Peter O'Mahony," he said. "It's almost the most competitive area in Irish rugby. They are the hardest positions to fill but unfortunately, between now and November, you'll have one or two fellas out."

O'Gara also put Conan and another Leinster man, Dan Leavy, into the mix and noted that Iain Henderson is an option at No.6 too.

The log-jam of quality players in back row contention will probably see Henderson, who captains Ulster against Wasps in the Champions Cup, tasked with holding down a spot in Ireland's second row.

"When he's given a position and told, 'This is your job, go out and do it', he shows how effective and hoe destructive he can be," said Ferris.

"For the benefit of Irish rugby, you've got to play this guy in the second row."


But what does it all mean for the future of the MCU?


The Big Reviewski || JOE · TBR Spotlight: Loki - Episode Six - 'For All Time. Always.'
popular
Met Éireann issues weather warning for three counties ahead of arrival of Storm Evert
Dublin cinema named best cinema in all of UK and Ireland
It’s official, Irish people have one of the best chances of surviving an apocalypse
Michael D Higgins raises concern over having to consider high volumes of legislation in short time frames
Universal's streaming service Peacock set to be free to use for NOW customers in Ireland
One of the best Westerns ever is among the movies on TV tonight
The 50 most iconic songs of all time* have been revealed
You may also like
5 months ago
Defence grows for Billy Burns after one of the roughest days of his rugby career
5 months ago
Major upside to Ireland's Six Nations challenge that should make all the difference
6 months ago
John Cooney comes to defence of JJ Hanrahan after kicking criticism
6 months ago
Cardiff conversation that proved Paul O'Connell always put the team first
7 months ago
Ian Keatley on Ronan O'Gara's deadpan advice and his most treasured Munster jersey
7 months ago
Springboks legend must have the greatest jersey swap collection in rugby
Next Page