Liam MacCarthy will be spending the winter in Limerick after the Treaty County beat Galway by 3-16 to 2-18 in a pulsating final at Croke Park.

Tom Morrissey's goal after stealing the sliotar away from Gearoid McInerney gave the reigning champions a mountain to climb but truth be told, Galway were second best for the majority of the afternoon.

END_OF_DOCUMENT_TOKEN_TO_BE_REPLACED

At half-time, the score was 1-10 to 0-9 as Limerick led by four points - Graham Mulcahy's goal wasn't pretty but damn was it effective - to give John Kiely's men a deserved lead at the break.

Joe Canning slotted over four points for the Tribesmen in the first half but both sides hit 21 wides throughout.

This being said, Limerick refused to be deterred in the second-half and they started at a blistering pace.

After Morrissey's goal gave them one hand on the trophy, Shane Dowling's goal in the 68th minute made it 3-15 to 0-16. 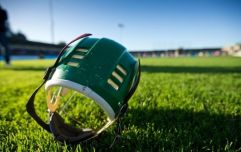 END_OF_DOCUMENT_TOKEN_TO_BE_REPLACED

Those eight minutes of extra-time seemed like an eternity though and the Limerick nerves were tested when Conor Whelan's goal gave the defending All-Ireland champions a lifeline to make it a five point game.

Joe Canning's rocket made it a two point game as the Portumna man brought his personal tally to 1-9 for the afternoon. At this moment, all the momentum was with Galway and Niall Burke's strike made it a one point game.

Graeme Mulcahy slotted one over for Limerick to stem the Galway onslaught but the champions came back thanks to Canning again.

Ultimately, it all came down to one final free and after Canning lofted it into the area, Limerick's defence just about managed to hold on in one hell of a final.

Here are the goals from a truly memorable match.

Persistence pays off for Graham Mulcahy as he bags the first goal of the All-Ireland final #GALvLIM #RTEGAA pic.twitter.com/FZfbnMGYwh

popular
Jordan Peterson suspended from Twitter over Elliot Page comment, says he won't apologise
The JOE Friday Pub Quiz: Week 301
County where winning Lotto jackpot ticket worth over €5.5 million was sold confirmed
Electric Ireland announces second major price hike in recent months
Parent's Benefit Leave in Ireland is being extended from today - here's what you need to know
One of the best sports movies of recent years is now available to stream at home
The full list of cancelled flights in and out of Dublin Airport on Friday (so far)
You may also like
1 month ago
Limerick hurler arrested following alleged altercation with Tipperary player in Limerick pub
10 months ago
Hurling fans urged to limit social activity after All-Ireland final due to "high rate" of Covid
10 months ago
Major delays after bales of straw fall from lorry on M7
10 months ago
Irish Rail warns hurling fans travelling to Dublin for All-Ireland Semi-Finals that pre-booking is mandatory
2 years ago
Gardaí issue notice to anyone travelling to All-Ireland final on Sunday
2 years ago
WATCH: American comedian's reaction to hurling is one of the funniest things we've seen in ages
Next Page