Are Manchester United going to spend £40m on a player they could have got for £200k?

The one that got away.

Franck Kessié is a man in demand. In terms of the attributes expected of a modern-day midfielder, Atalanta's star performer has the lot. Tall (6ft), genuinely two-footed, with a great range of passing; fast, powerful, technically-gifted; able to dribble with the ball, screen the defence, and chip in with goals (six already this season). Not bad for a 20-year-old.

To call him a 'box-to-box' player is somewhat damning with faint praise, as that suggests he's a bit of Jack of all trades. The truth is that he has pretty much excelled in every role asked of him. Originally a ball-playing defender, he is able to sit in front of the back four, as well as make things happen in the final third. 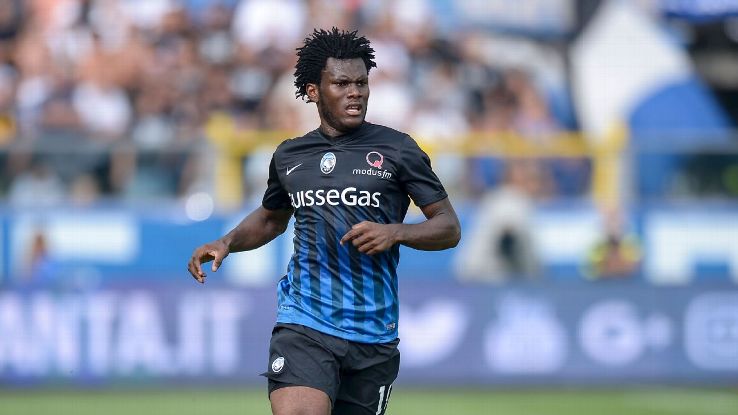 END_OF_DOCUMENT_TOKEN_TO_BE_REPLACED

It is little surprise then that the Ivorian has attracted attention from Juventus and pretty much every top club in the Premier League. Manchester City, Arsenal, Tottenham Hotspur, Liverpool and most recently Everton have all either expressed an interest or scouted the player in recent months according to this agent.

But it is thought that Chelsea and Manchester United lead the race to sign a player who would cost around £40m due to Atalanta's valuation and the amount of fierce interest in recruiting him. Chelsea reportedly made a bid of over £20m in January, and the player himself is a United fan.

However, all the clubs ready to part with tens of millions of pounds to secure his services now will be kicking themselves because they could have got him for less than Wayne Rooney earns in a week. That's because a mere two years ago they were offered the player for the relative pittance and turned up their noses, according to Irish football agent Eamon McLoughlin.

END_OF_DOCUMENT_TOKEN_TO_BE_REPLACED

Speaking to JOE's business podcast The Capital B, McLoughlin told host Nick Webb that Kessié was deemed good, but not good enough, by two top six Premier League clubs (the top six reference seems to suggest Manchester United may have been in the mix). He explains:

"Two years ago, one of the guys who was working on my recruitment team identified a 17-year-old player from the Ivory Coast called Franck Kessié.

"At the time, nobody had heard of him. I flagged up two of the top six Premier League clubs to have a look at him. They assessed him, and their opinion was: 'Good player, but we don't think he's good enough for us...'

The player subsequently went to Atalanta, around 24 months ago. He will now cost the same clubs, who are now interested in him, £40m. Two years ago, they could have had him for £200k."

Here's the full interview if you fancy a listen, from 9 minutes onwards:

Where Kessié ends up remains to be seen, but here's a taster of what he's capable of. You're bound to see far more of him in coming years...