Manchester United midfielder Marouane Fellaini has been banned from driving after being caught speeding twice in six minutes in May of this year.

The well-coiffed Belgian has been on the bench more than he’s started for the Red Devils this season and his campaign went from bad to worse with a sentence imposed on him at Manchester Magistrates Court yesterday. 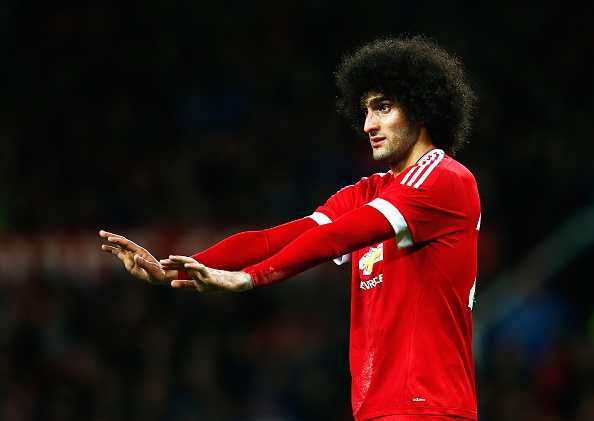 END_OF_DOCUMENT_TOKEN_TO_BE_REPLACED

He already had 15 points on his license.

Fellaini wrote a letter of apology that the court heard was “entirely genuine” and as well as banning him from driving for nine months, magistrates fined him £1,188 and ordered him to pay £170 court costs, a £150 criminal court charge, and a £120 victim surcharge.

We’re sure it won’t burn too large a hole in his pocket.

The Big Reviewski || JOE · The Big Reviewski with Dune, a mini-Hangover reunion & the best of Timothée Chalamet
popular
WhatsApp to stop working on 53 phone models, including iPhone 6
New true crime documentary series from Netflix looks gripping
Updated Status Orange warning issued for three counties as heavy rain to continue
Clashes between protestors and private security as tenants removed from Dublin property
The 50 most iconic songs of all time* have been revealed
PICS: The man with the biggest penis in the world has one unbelievable problem with it
People think they've figured out the ranking of the viewers on your Instagram Stories
You may also like
2 weeks ago
The JOE Friday Pub Quiz: Week 264
2 months ago
Manchester City's Benjamin Mendy charged with four counts of rape
2 months ago
Michael Ballack’s son Emilio, 18, dies in 'quad-bike crash’
2 months ago
Five football documentaries to watch to kill time before the new Premier League season
4 months ago
Christian Eriksen shares first update from hospital as he undergoes tests after cardiac arrest
4 months ago
Christian Eriksen stable but may not play football again, says sport cardiologist
Next Page