Rubbing salt into the wounds.

Somehow, Mayo are back into their seventh successive All-Ireland Semi-Final after going about it in the most Mayo-ist way possible.

Knocked out of Connacht in early June by neighbours Galway, there were draws, replays, near-misses and comebacks in their long path to the last four. 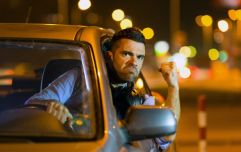 END_OF_DOCUMENT_TOKEN_TO_BE_REPLACED

You see watching Mayo isn't something that you like doing. Nobody has ever said 'oh sure we'll have great craic at this Mayo game tomorrow.'

It's an emotional rollercoaster.

You absolutely hate that you love them because they send your heart into overdrive. Losing a seven point lead to Cork, looking like you're going to exit the championship and then finally winning after extra-time, sure that would have anyone looking for the defibrillator.

Now, imagine that and imagine it happening all over again with Roscommon the following week in the Quarter-Final.

Sweet mother of Jeebus, sure you couldn't be doing that every week?

So, when Mayo fans entered Croke Park on Bank Holiday Monday for the Roscommon replay, they were hoping for another great escape by the boys in the green and red but instead, found themselves at a game that was over shortly after it begun.

It came as a shock to every Mayo fan in the stadium and some of the cocky fans who had been quiet all year decided that it was the perfect time to come out of their shell.

One of those fans was former Mayo player, Michael Conroy. The game wasn't even over when Conroy took to Twitter to kick the poor Rossies while they were already down and out...

In my day you were never allowed train in Croke Park 2 weeks before an All Ireland semi final. The GAA must have changed the rules 🤔😇.

His tweet read: "In my day you were never allowed train in Croke Park 2 weeks before an All-Ireland Semi Final. The GAA must have changed the rules."

After almost dumping Mayo out of the Championship the weekend before, it wasn't the sort of dig the Roscommon players, managers and fans deserved.

Mayo fans can enjoy the hammering for the time being but with the men from the west coming up against Kerry on 20 August (their record against the Kingdom in Croke Park doesn't read well), it could be a tweet that could come back to haunt them...

The Big Reviewski || JOE · The Big Reviewski with Y: The Last Man, that Malignant ending & a secret streaming service
popular
Aer Lingus announces flight sale as US to lift travel ban for vaccinated EU passengers
Cork City Centre described as a "no go area" after man pulled from wheelchair in violent attack
The Big Reviewski JOE Movie Quiz: Week 120
The 50 most iconic songs of all time* have been revealed
The weather for the week ahead looks very autumnal indeed
Wally the Walrus "well on his way home" after being spotted in Iceland
WATCH: Margaret Thatcher was briefly resurrected at the Emmy Awards
You may also like
4 days ago
Garth Brooks gives cryptic response when asked about Ireland concerts
6 days ago
Angry Liveline caller says Garth Brooks has "neck of a giraffe" to return to Ireland over seven years after cancelled gigs
6 days ago
Croke Park residents already up in arms over Garth Brooks concerts
1 week ago
Garth Brooks might be returning to Ireland, and people have a lot to say about it
1 week ago
Garth Brooks in “advanced” talks to play at least three concerts in Croke Park next year
9 months ago
Eir's 5G network now available to 53% of the country
Next Page