Gaelic Football fans throughout the country have their own views on the first All-Ireland football semi-final and we caught up with eircom ambassadors Johnny Doyle and Ciaran Whelan to get their thoughts on how the game is going to go down.

The way some people are talking ahead of the first All-Ireland football semi-final, Mayo need merely show up at Croke Park on Sunday and a place in a second final in succession will be all but secured.

Granted, James Horan’s side were magnificent when blitzing All-Ireland Champions Donegal last time out, but Mickey Harte and some of the Tyrone players have been around the block for a long time and with that experience on board, Johnny Doyle, for one is certainly not writing them off.

END_OF_DOCUMENT_TOKEN_TO_BE_REPLACED

“I definitely think that if anyone can cause an upset it’s Tyrone” Doyle told JOE this week.

“For that reason I give them a huge chance. They’re a team that know how to win tight games and they’re probably the specialists at it. I definitely think the longer they stay in the game and the longer they put pressure on Mayo, the more of a chance I give them.”

Ciaran Whelan is inclined to agree with that point of view and thinks that, with the recent experience of winning tight games behind them, that if they’re still in contention in the closing stages they have a real shout.

END_OF_DOCUMENT_TOKEN_TO_BE_REPLACED

“The biggest thing for Tyrone is to be in this game with 10 or 15 minutes to go and ask this Mayo team questions,” Ciaran told us.

“Tyrone have to keep it tight and not let Mayo get off to a flying start and I expect Mickey Harte to pack the defence to make it difficult for them. The problem then could be that they invite the potent Mayo half-back line coming forward to support the guys further up the field.

“If Tyrone keep this game tight, then you would have to lean towards Tyrone. They are battle-hardened; they have been here right throughout the year in closing out games, while Mayo haven’t.

"That is perhaps Tyrone’s biggest advantage coming into the game and start putting doubts in the Mayo heads with time running out. The biggest thing will be whether they will be in with a shout with 10 minutes to go.”

END_OF_DOCUMENT_TOKEN_TO_BE_REPLACED

In terms of the match-ups on Sunday, the potential meeting of the two leading candidates for Footballer of the Year, Aidan O’Shea and Sean Cavanagh, is one that most neutrals are looking forward to. Doyle and Whelan are just as excited, even if both of them feel that it might not pan out the way people think.

“Everyone will be looking to the battle between Aidan O’Shea and Sean Cavanagh at midfield but I don’t think they’ll mark each other,” says Doyle. 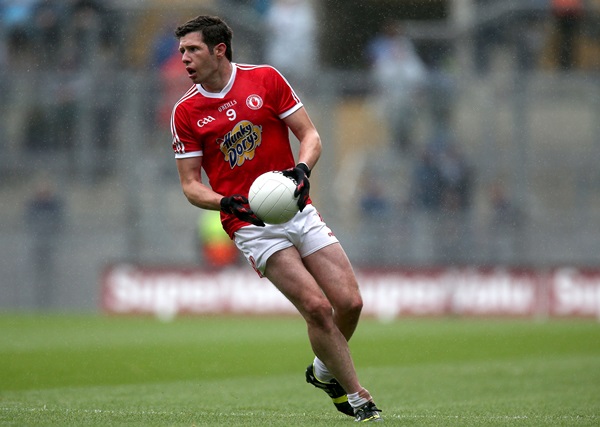 “They both play very different games; Sean Cavanagh gets forward, he gets on the end of things and kicks frees whereas Aidan might stay more around the middle but they’re the two players the neutrals will really be looking out for and it has the potential to be a mouth-watering clash.”

Whelan says: “I don’t think they will mark each other and I think Joe McMahon will come out to pick up Aidan O’Shea while Keith Higgins might drift out towards the middle sector and watch Sean Cavanagh.

“I don’t think they will go head-to-head. They are very different style players. Aidan O’Shea’s strengths are in the air and going box-to-box while Sean Cavanagh is probably one of the best attacking midfielders there ever was in the game, his ability to take scores makes him like an extra forward.”

Having played there for over a decade with the Dubs, Ciaran Whelan knows a thing or two about midfield play, but like the rest of us, he was blown away by Aidan O’Shea’s performance against Donegal last time out.

Asked which of the eight midfielders left in the competition he’d least like to come up against, Whelan replied: “Well with the way I played the game, Aidan O’Shea would have to be the answer. His performance against Donegal last time out was one of the most complete I have ever seen from a midfielder in Croke Park.

“His importance to Mayo is massive and he is a real traditional midfielder, good in the air and very powerful, comfortable with the ball in hand, can take a score and has a real engine. He is top quality, no doubt about it.”

That’s enough build-up for now, with their necks on the line, who do the lads think will come out on top?

“If Mayo can produce the performance they put in against Donegal nobody will live with them but it doesn’t always fall that way. You’d have to give Mayo the nod based on that but the ball might fall for them one day and it won’t the next day, those are the joys of sport but I wouldn’t say Mayo are as strong favourites as everyone is saying at the moment.

“If you were to call it you’d give the nod to Mayo based on the Donegal performance and let’s not be foolish, Donegal will be back there or thereabouts next year; unfortunately they got caught on the day and that happens to every team, it nearly happened to Mayo a couple of years ago in London with virtually the same players they have now, that’s the way things go.

"That said, I’ll give Mayo the nod… cautiously!"

“Tyrone are never easily beaten, no doubt about it and in Mickey Harte they have one of the best tactical managers in the game, in terms of counter-attacking the opposition’s strengths. I would expect he has a plan for Mayo, but whether he has enough quality and the artillery to implement his plan is probably the biggest thing.

“I don’t think he has the best team he has had at his disposal compared to previous teams and Mayo to me just look ready. The pressure they put on teams, their composure, backs coming out with the ball, they are in Year Three in terms of their development and to me look ready to take an All-Ireland crown.

“For me, Tyrone are overly reliant on a couple of players for their scores and just may lack the overall quality to beat this Mayo side.”

Two votes for Mayo then, but the backing of the experts isn’t going to win it for them on Sunday. In any case it should be a cracker and we can’t wait.

Supporters heading to Croke Park on Sunday will be able to take part in eircom’s GAA Football FanPic initiative, which allows fans to search for and spot themselves in a 360 degree photograph that will be taken of the crowds at each of the upcoming GAA Football All-Ireland Senior Championship Semi Finals and Final.

popular
Status Orange thunderstorm warning issued for 14 counties
Disney+ has just added 10 big movies to its library
New Garda uniform to be rolled out on Monday
QUIZ: You'll do well to get 100% in this General Knowledge Quiz
QUIZ: Match The Simpsons quote to the character who said it
Marty Whelan "strangely flattered" by tattoo resulting from Fantasy Football forfeit
Gardaí urge public not to share "upsetting" pictures of fatal assault of Paul 'Babs' Connolly in Westmeath
You may also like
1 month ago
Looking for a hotel room for the All-Ireland Final weekends? It won't come cheap...
1 month ago
Taoiseach condemns "disturbing" fight at Galway v Armagh game
2 months ago
The 2 Johnnies share unbelievable catfish ordeal affecting over 40 people
3 months ago
Limerick hurler arrested following alleged altercation with Tipperary player in Limerick pub
3 months ago
Woman in her 20s dies after accident during Camogie match
10 months ago
Wicklow GAA to investigate fight after Under 15 match on Saturday
Next Page