"He'd sell ice to Eskimos... or in his case, hot-tubs to Canadians."

Canadians are no stranger to a fast and physical sport featuring competitors running around with sticks in their hands, so in many ways, it’s an ideal location to spread the gospel of hurling in North America.

The similarities with ice-hockey and hurling probably begin and end with the shared traits mentioned above, but Na Piarsaigh CLG have seen their efforts to expose hurling to a wider audience bear fruit in Canada’s biggest city since the club’s formation almost seven years ago.

END_OF_DOCUMENT_TOKEN_TO_BE_REPLACED

Though in existence since 2010, Na Piarsaigh have only been known by that name since last year, having changed their name in order to help the formation of another club in Toronto to continue the growth of hurling in the city.

Prior to 2010, there had been little or no hurling in Toronto since the 1980s, but now, thanks to the initial efforts of a group of dedicated individuals and the work maintained by members since, Na Piarsaigh is a thriving club that travels to tournaments in Montreal and in the United States on an annual basis.

Like most GAA clubs throughout the world, Na Piarsaigh tries to bring a little bit of home to a place far away from Ireland and provides an outlet for newly arrived Irish people to settle and set up roots in Toronto while showcasing to Canadians the fastest and arguably the best field sport in the world.

END_OF_DOCUMENT_TOKEN_TO_BE_REPLACED

Na Piarsaigh were also the only club to march in the St. Patrick’s Day parade in Toronto in 2017, where Chairperson Sean O'Callaghan provided a brief but eloquent description of hurling to a roving news reporter (skip ahead to 1:09 in the video here). 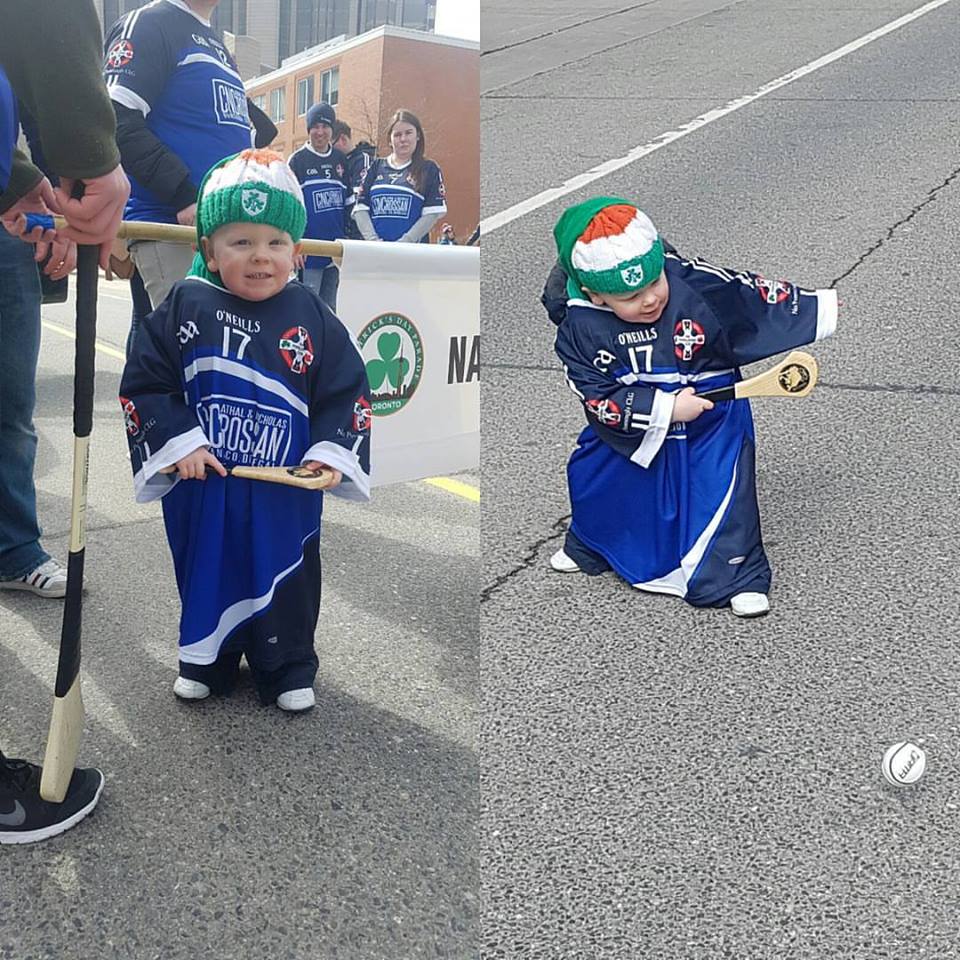 We caught up with Na Piarsaigh secretary Peter Murphy to find out a little bit more about the club and its adventures so far, including an episode that will forever be remembered as ‘Joe Brady’s wake’.

END_OF_DOCUMENT_TOKEN_TO_BE_REPLACED

Biggest representation from a club/county in Ireland: An even spread from all parts of Ireland but the People’s Republic of Cork holds the majority of late. 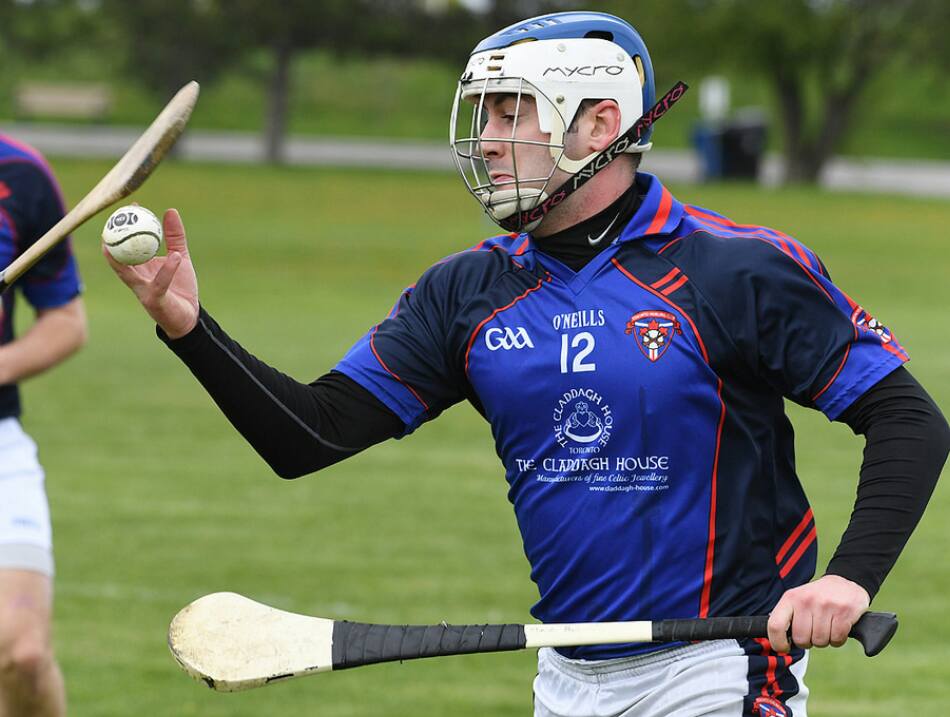 Most famous ever member: The Ballyboden Bomber – Colm Sharkey

Most memorable moment in the club’s history: Winning the Junior North American Championship Finals in 2013 in an all-Canadian final against Vancouver JP Ryan’s.

Player who makes the longest commute to training: Enda Mac. Over three hours round trip for training. Can be longer if there’s cattle on the Gardiner Expressway.

Player who could have made it big if love/career/drink didn’t get in the way: Paul Browne. Three words to live your life by – “Beer, Ball & Box”.

Biggest character: Conor 'Two Touch’ Grimes. If Messi was from Offaly and could hurl, he’d want to be as good as Grimes. Firmly believes the glory days of Offaly will come again, can mostly be heard screaming “Ground Hurling” at every chance.

Loudest in the dressing room: Seanie Crossan from Buncrana in Donegal. Not necessarily the loudest but easily the most talkative; not a lot of quality in what he’s saying but a lot of quantity.

Would sell ice to Eskimos or in his case, hot-tubs to Canadians. 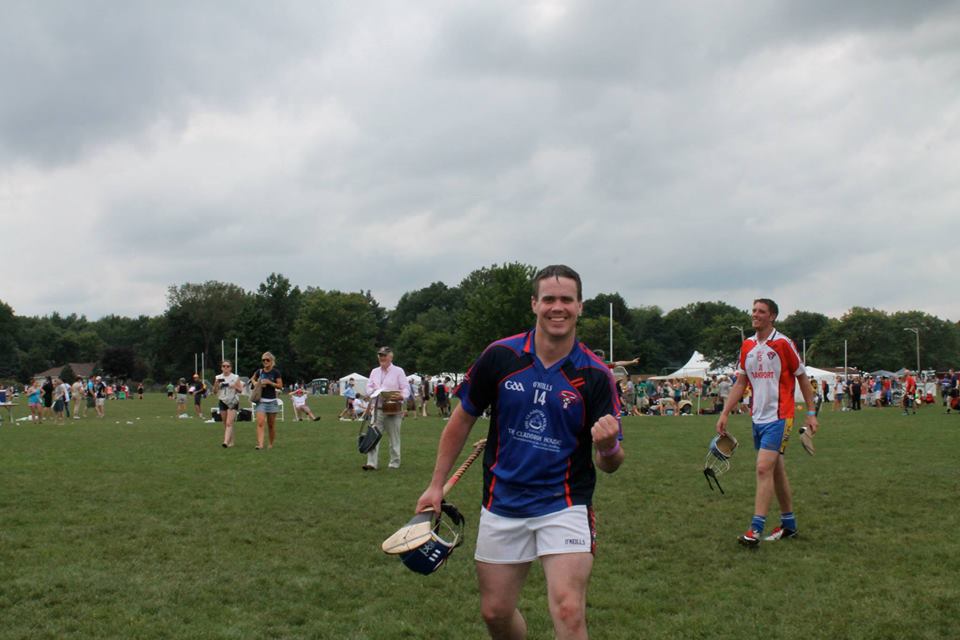 Number of romances that started in the GAA club: Some romances blossomed at tournaments with some cross-club relations but lately, two unnamed Offaly men have been breaking hearts across the GTA (Greater Toronto Area) in the past few months.

Duck to water award – Best new player who had never played GAA before: Wade Stever. A hurley-wielding Lacrosse player, wielding being the key word. Mark him at your own peril.

Most annoying person in the club WhatsApp group: Kilkenny’s own David Keneally. Exclusively only writes on the WhatsApp chat between the hours of 20:00 and 03:00 or earlier/later depending on whether or not he’s out drinking.

Best story involving a club member that’s fit for print: The morning following the club's 2013 success at the North American championship, one man was unaccounted for.

Not a team to leave a man behind, the team went in search of the missing man and soon found Joe Brady passed out with just the winning cup for clothing.

The following photo went on to become affectionately known as “Joe Brady’s Wake”. 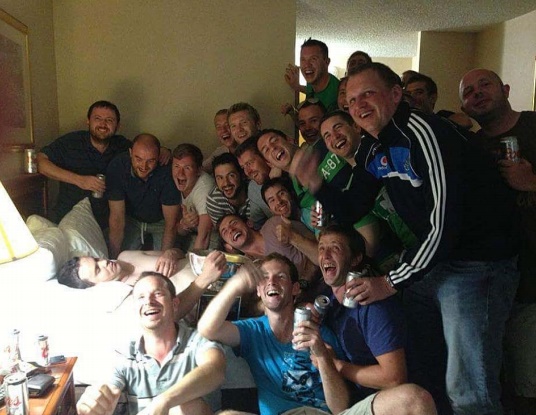