The man who led Donegal to All-Ireland glory in 2012 (and came within a ropy kick-out of repeating the trick in his last match in charge in 2014) talks as if he yearns to be patrolling the sideline in Ballybofey when Donegal host Fermanagh on June 12th.

His former assistant Rory Gallagher is now the man in the bainisteoir bib but, listening to McGuinness discuss the summer's football action, you get the impression he wouldn't mind another spin on the Gaelic football management merry-go-round himself. 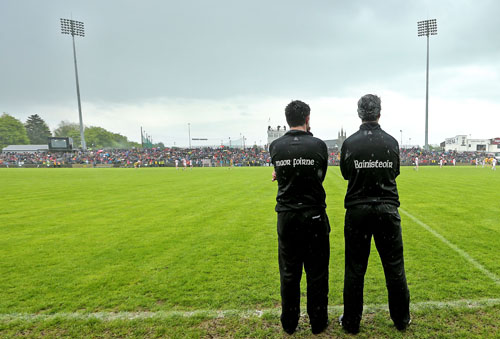 END_OF_DOCUMENT_TOKEN_TO_BE_REPLACED

He is currently employed as a coach at Celtic and has just earned his UEFA B licence, but at the recent Sky Sports Championship launch, he spoke as if he was more interested in winning Sam Maguire than the Champions League.

When asked by SportsJOE would he consider managing a team other than Donegal, McGuinness suggested a return to his native county was his most likely route back to the GAA.

"I think 'never' is a long time. Obviously I love my own county and if I was to manage anyone it probably would be Donegal," he said.

"I think there is probably a higher possibility of managing my young fellas, at underage, than a county team. In the short term anyway. But I would never say never." 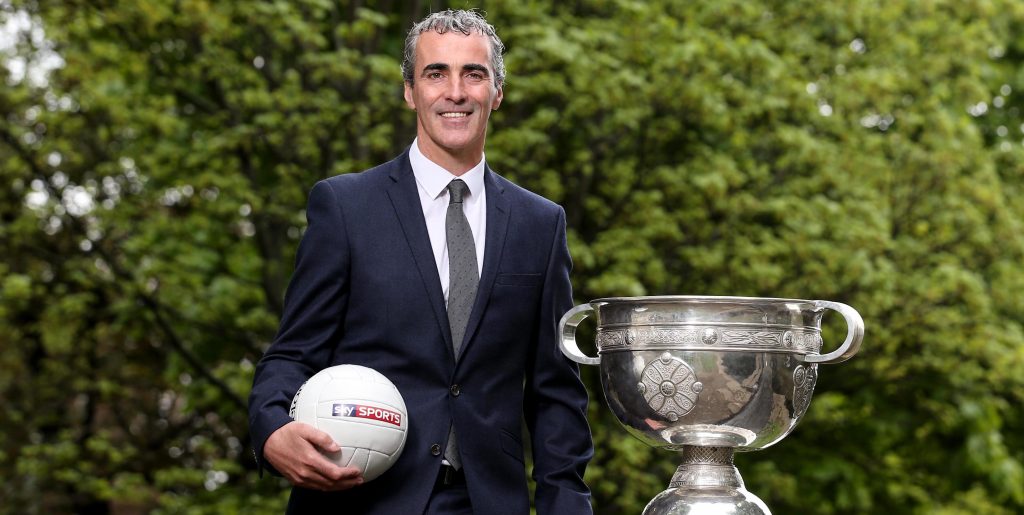 END_OF_DOCUMENT_TOKEN_TO_BE_REPLACED

McGuinness will return to the Sky Sports studio this weekend as the All-Ireland champions get their first outing of the summer in the unusual surroundings of Kilkenny's Nowlan Park.

Analysing the likes of Dublin versus Laois as a pundit is the closest McGuinness can get to the thrill of management these days.

"It fills a void for me, you're still part of a Championship Sunday. You're there early and you're preparing to study both teams, with a view to what is going to unfold.

"You talk about it afterwards, so you're part of the process. So it fills a void. If I was just at home, if I was just Donegal manager one day and then watching games at home the next, it could be a wee bit of a lonely place."

Spoken like a man with an eye on an eventual return to the intercounty scene.

popular
Nearly 100 flights delayed at Dublin Airport on Monday
QUIZ: Can you get top marks in this short but tricky Irish geography quiz?
Family of Ashling Murphy share heartbreaking tribute at Fleadh Cheoil
Motorcyclist in his 30s dies following two-vehicle collision in Kerry
RTÉ tries to solve Michael Collins murder in new documentary
4-year-old girl killed in Sligo caravan park named as Alice Dunleavy
QUIZ: Can you score 12/15 in this difficult General Knowledge Quiz?
You may also like
4 years ago
A fiery Dick Clerkin team talk left Jeff Stelling more pumped than the players
4 years ago
Chris Kamara attempts a 45, ends up pulling hamstring and clocking a tractor
4 years ago
Join The GAA Hour in Westport for a Mayo-Kerry preview in the company of legends
5 years ago
Jeff and Kammy witness one of Mícheál Ó Muircheartaigh's greatest ever lines
5 years ago
Chris Kamara tries to pronounce Mícheál Ó Muircheartaigh... you know the rest
5 years ago
Promo for Jeff Stelling and Chris Kamara's Journey to Croker looks unreal
Next Page